The problem of knowledge in primitive and civilised society 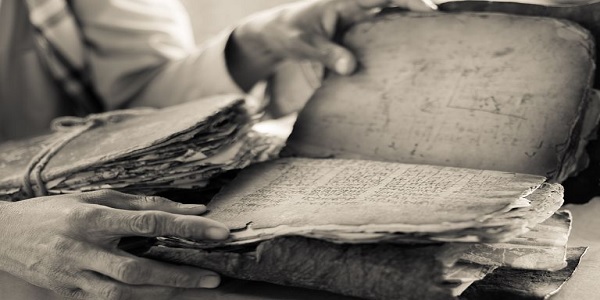 The problem of knowledge in human civilization is a central problem which appears difficult to solve owing to our limited cognitive abilities, but we overcome the limitation as civilizations evolve and particular type of institutions emerge to solve the problem. In fact, we can try to study the differences between a primitive and civilised society from this perspective of problem of knowledge.

A primitive society is characterized by relative absence of division of labour amongst its members and lack of specialization. The members of the society perform similar activities, possess similar knowledge and the economic pursuits are rather limited. Such kind of society is observed amongst the smaller tribes―since with the growth of size―emergence of specialization is inevitable, not by design but by adaptation.

For example, we can consider a small tribe living in a semi-tropical forest which sustains itself by hunting animals, foraging forest products and building mud houses. We will keep the political and religious considerations aside as our emphasis is on understanding the distribution of knowledge in the primitive society.

The members of the society show a very high degree of knowledge of their surrounding which includes the knowledge of climatic conditions, terrains, flora and fauna etc. In addition to that, members of the society will have similar skills of building bow and arrows and other hunting gears made exclusively of locally available materials, the knowledge of movement of animals and methods to trap them, processing of the animal carcass after it has been killed and so on. But their knowledge doesn’t get restricted to hunting alone.

When each member of the primitive society possesses such high degree of knowledge of particular facts, won’t it be unfair to call such society ‘primitive’? In our above discussion, as we have noted that the members of the society work for themselves or in a group for limited objectives, but there is lack of specialized division of labour.

This effectively means that if a particular member of the society wants to specialise in building hunting gears, he won’t be able to do as others are not interested in buying his products or services. But this is a theoretical assumption as the civilized society emerged when there were incentives or external coercion for people to engage in specialized activities. But in our current discussion, if the other members of the society are not much interested in availing specialized services or products, the society doesn’t have a mechanism to utilize the distributed knowledge amongst its members.

In the writings of Karl Marx, he imagines a Communist society in which people will be free to engage in whatever activities they want in a single day ranging from fishing to intellectual sophistry. It’s just a fairy tale assumption. But in the example of primitive society, when members of the society have to do most of the tasks by themselves, people have less freedom to pursue anything of their interests.

It’s almost the tyranny of the circumstances that the people are destined to engage in all the survival activities in the absence of a mechanism where there could be voluntary cooperation between people to harness the distributed knowledge for overall benefits. In reality, our primitive society is characterised by absence of specialized distributed knowledge.

Let’s shift our discussion to civilized or modern society now. In a civilized society, an average member of the society requires hundreds of products or services for leading a comfortable life. The total number of services and products in existence are in billions making it virtually impossible for anyone to have knowledge of all the particular facts. Even something as simple as pencil requires a specialized manufacturing process where raw materials come from several industries and there exists division of labour amongst the workers of the pencil factory.

As the requirement of having the functional knowledge of multiple activities is greatly reduced in a civilised society, it also enables us to engage in activities which were impossible in primitive societies. An author can afford to sustain his life comfortably without doing anything except writings provided the revenue generated from the book sales are adequate to meet his needs. But in a primitive society, even if someone decided to be an author, he had to still go for hunting or foraging to meet his daily needs.

The central lesson from our above discussion is that there requires institutions which could help us overcoming the problem of knowledge resulting in the benefits of all the members of the society.

In the civilized society, institutions have evolved which have enabled us to overcome the problem of knowledge in which our ignorance of particular facts don’t deprive us of enjoying the products or services coming as a result of those facts.

A person who is completely ignorant of knowledge of computer science or electronics can still have a mobile phone for his requirement in the lieu of paying a specified price. Through this institution of market, an illiterate farmer can enjoy the benefits of knowledge of mechanical engineers who helped putting together the tractor which he uses for multiple activities. The ignorance of vast mass of particular facts doesn’t affect our life in any negative way as long as we have the knowledge of our specific trade.

(This article was first published on the author’s blog on June 5, 2021 and has been reproduced here with consent.)