Give
HinduPost is the voice of Hindus. Support us. Protect Dharma
GIVE
21.2 C
Sringeri

The fast changing demography and geography of Sudh-Mahadev, Jammu and lessons for Hindus 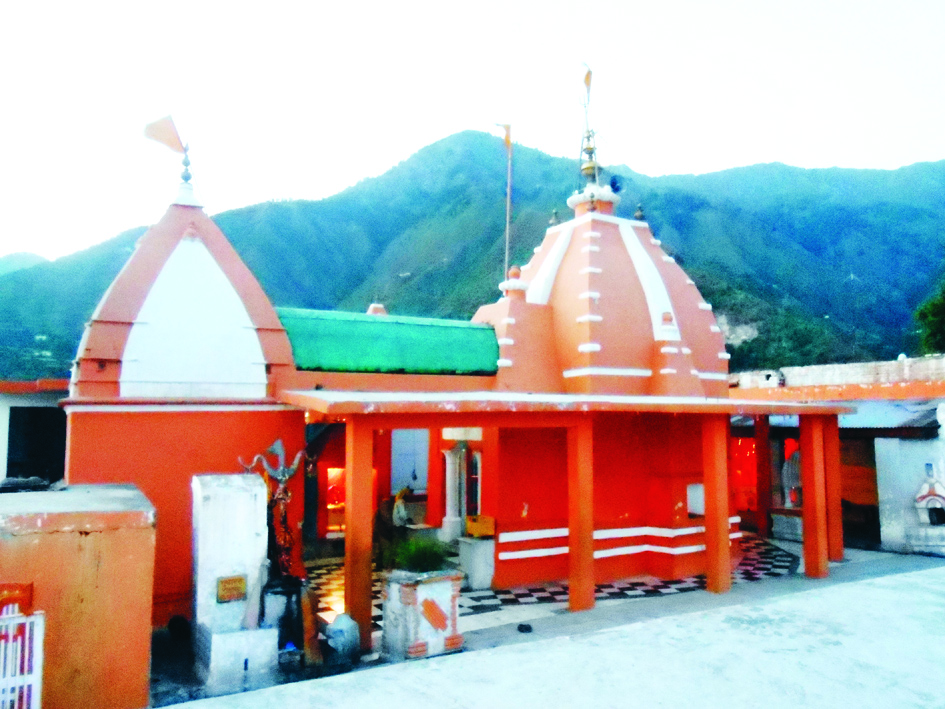 The picturesque and peaceful land of Sudh Mahadev is one of several sacred sites in the region of Jammu. Situated in the Chenani tehsil of district Udhampur, the place gets its name from the 2800 years old historic temple Sudh Mahadev that still stands to its full height.  Thanks to its inaccessible terrain, the place escaped the evil eyes of Islamic marauders in the medieval times. The temple, dedicated to Bhagwan Shiva, is one the oldest Shiva Temples in the state where one can still feel Bhagwan Shiva presiding the place. Visit the place and you will feel the energy of the temple surrounding you.

Besides the holy temple of Sudh Mahadev, the place has other attractions such as Pap Nashni Bowli. Another popular name for the bowli (spring) is Gowri Kund. When coming from Jammu, the spring is the first stop for pilgrims. A refreshing bath in the spring not only washes away the dust and sweat of the plains, but also relieves all sins of devotees. The pilgrims recharge their tired bodies by taking bath in the spring, and then proceed towards the holy Shiva temple.

The temple houses a natural black marble lingam, a trishul (trident), and a mace believed to be that of Bheema, one of the legendary Pandava brothers.

Just 8 kms away from the holy temple is the enchanting hill resort of Mantalai. In popular legends, Mantalai is supposed to be the village where Mata Parvati lived along with her parents before her marriage. It is in this village that the marriage ceremony of Mata Parvati and Mahadev was performed. There is a Shiva temple besides a deep pond in the village. In the depths of the pond, there is a fire altar (Havan Kund), which was used for performing the sacrificial Homa.

Though the place is popular among the locals since ages, it remained hidden from the outside world for a long time. The place came into limelight when Dhirendra Brahmachari, the famous Yoga Guru of Indira Gandhi, built his ashram here and made it one of his favorite summer retreats. His sudden death in a plane crash at Mantalai in 1994 captured worldwide attention. It is believed by many that he paid for his misdeeds. Leaving this belief of the people aside, it cannot be denied that his entry in Sudh Mahadev captured the undeserved attention of outsiders. This made the place vulnerable to land sharks and converted the prized Hindu religious & spiritual retreat into a tourist spot, thereby endangering the spiritual and cultural heritage of the place.

Till 1995, there were hardly any Muslims living in Sudh Mahdev. As per locals there were not more than three Muslim households in Sudh Mahadev area. The connecting Basht area is a plain and fertile land. The vast tracts of land there were once owned entirely by Hindus. Today, most of the dwellers in the Basht area are Muslims. As several Hindu males here are addicted to alcohol, they sold their valuable lands to Muslims at throwaway prices. There are also cases of illegal occupation of forest land along the slopes of hills by Muslims. Each Muslim household today sells vegetables worth Rs. 3-4 lakhs in a season. What could have been the fortune of Hindus is now a fortune of Muslims.

There was no mosque in the Sudh Mahadev area till 2000. Today, there are several in Basht and two in Sudh Mahadev, just 500 meters away from the historic temple. One can also spot Bangladeshis selling bangles, toys, etc. around the precincts of the temple. And surprisingly, many locals do not even know about the real identity of these sellers. Such is the ignorance and apathy of the general Hindu populace.

Till 2000 there was no meat seller in the area. No Halal, no Jhatkha. Now, there are several halal mutton shops.

Every year several devotees visit the holy temple and offer Daan-Dakshina (donation). Unfortunately, the temple administration has failed to utilize this money in a constructive manner. Though the temple management has built a few rooms with attached bathrooms for the pilgrims, these are inadequate. Moreover, the construction of the rooms and lavatories within the premise of the temple is not praise worthy.  It indicates the inability of Hindu society to think strategically and take care of its sacred heritage. These days, many Hindus are demanding that the government should free temples from its control. While the demand for freeing temples from government control is genuine, the Hindu society should also ponder a while and reflect over its weaknesses.

The bitter truth is that many of our temple trusts lack the ability or will to think strategically and take care of their assets. The two mosques within the vicinity of the temple would not have been there today if the temple management and larger Hindu society had procured the surrounding land. The procured land could have been utilized to build Dharamshalas, crematoriums, community langars, etc. The case of Sudh Mahadev is not an isolated one, but such stories abound across the length and breadth of Bharat.  The standalone Dhyaya and Bhakti mode serve no good if Hindus are not able to safeguard the shrinking sacred kshetras (areas) around them.

Moral of the whole story is:

(If we cannot safeguard our land and geography, then we will have to flee, and if we have to flee destiny will also desert us)