In an open-to-all yearly event organized by Rabindra Bharati University, youngsters have been spotted sporting sexually explicit words parodied on a renowned Rabindra Sangeet (song), on their bodies.

This utter depravity displayed by some Bengali youth has left Tagore lovers outside and within the University disgusted and enraged. Saying what transpired at the campus of one of Bengal’s most esteemed universities was the highest disrespect that could be shown to Bengal’s pride, Kabiguru Rabindranath Tagore, would be an understatement. Like every year, the university set up in 1962 to mark the birth centenary of the great poet Rabindranath Tagore, had organized an open event to celebrate Basanta Utsav prior to Holi.

But it came as a major shock when outrageous images of participants from this celebration went viral on social media. Youngsters dressed in Bengali ethnic attire, mostly yellow handloom saree for women and cotton kurtas for men, were seen flaunting vulgarities spelled out on their backs and chests.

A band of four women were pictured with the phrase, “Bada chaand uthechee gogone”, with every lady sporting one of these words on their backs. The words translate to: “D**k moon ascended to the sky”. A young man was pictured writing these profanities on the bodies of these young women with gulaal.  Gulaal carries a cultural significance for the Basant Utsav celebration. The aforementioned words are taken from a debauched lampoon of Tagore’s soul-stirring composition, ‘Chand uthechilo gogone’.

The disgraceful parody was composed by YouTuber Roddur Roy, and, shockingly, became an instant hit among a section of Bengali youth. For the Bengali that takes pride in his culture, nothing could be more painful than witnessing his revered Rabindranath being slighted by a Grade-B social media celebrity, and some young Bengalis raving to it. Couple of months back, this ignominious song was being played in a Kolkata college event, with deracinated students going crazy over it.

Again, the alarming incident at Rabindra Bharati University was not limited to just the above-mentioned group of students. There were other occurrences of abusive messages being sent out through body art.  A girl was seen with ‘F*ck CU’ on her back, A group of boys had the words, ‘Baal chhera gechhe’, painted on their chest. The phrase translates to: ‘My pubic hair tears’. A man is seen boasting the words, ‘Dudu chai’ on his Kurta, while his friend gleefully grins. It translates to, ‘I want t*ts.’ 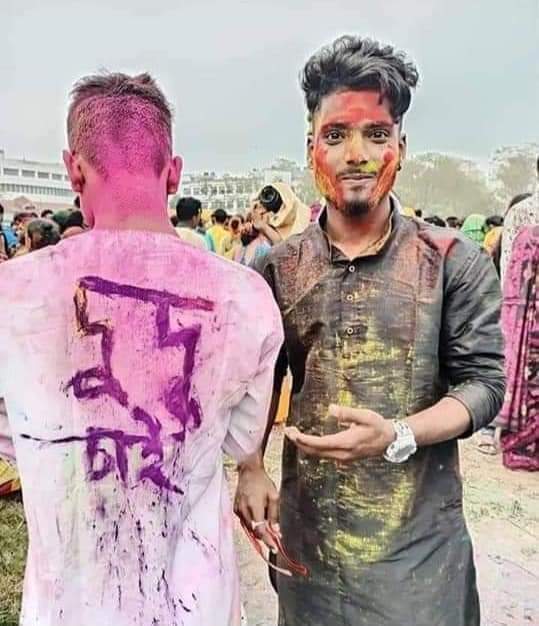 This incident has drummed up an enormous furore among Rabindra Sangeet lovers across the globe who have been expressing their agony and angst openly.

In the name of Dol Utsav, the students of Rabindra Bharati created an ambience of garbage which is unthinkable.Their parents embraced Rabindra culture but failed to imbibe into them. Bengalis will never forgive this behavior. pic.twitter.com/XBlslGk0Bu

A Hindu activist and renowned TV personality from the state, Keya Ghosh, took to Twitter to voice out her ire.

As a Bengali, it pains me to even have a glance at this ! But this is for all Bengali friends here on Twitter to see what 34 years of Communist rule has done to us ! I became numb after seeing this. Sad day for Bengal. pic.twitter.com/Ctx2d0JDnW

I don’t want to translate the writing on the backs of the ladies because it is so disgusting . This is at an institution dedicated to Rabindranath Tagore and is this what is meant by culture and freedom? A blot on Bengal. https://t.co/kdrQ2k91B1

The Vice Chancellor has informed that those in questions were not students of the host university but were ‘outsiders’. A formal complaint has also been lodged at the Sinthi Police station by the authorities of Rabindra Bharti University. Five out of six individuals who were clicked in the now viral pictures have been identified and detained. Among them, three are women and two are men. However, there is still one accused who is yet to be identified and booked. Those who have been detained have accepted their offence, apologized for the same, and surrendered to the authorities. 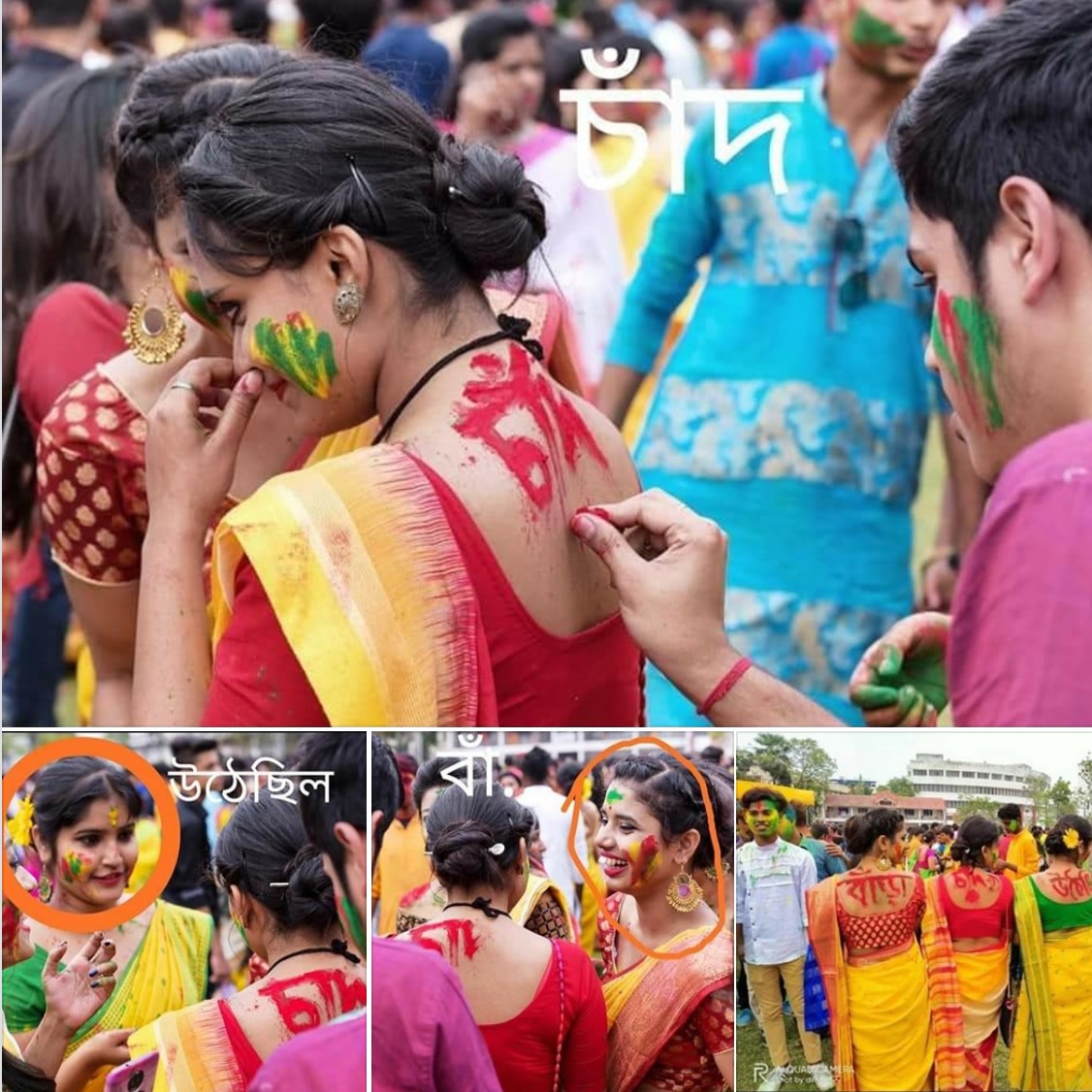 While students and alumni of the reputed institution are upset at the incident and the notoriety it would attract from all directions, the action has worried educationists all over the country too.

“Why are we increasingly seeing a trend of degeneracy and lampooning our own civilization and culture among our ‘educated’ youth?” is the question here. And the answer lies in the anti-Hindu Marxist/Abrahamic influence on our education system, and the debauchery that has been mainstreamed in the name of popular entertainment.