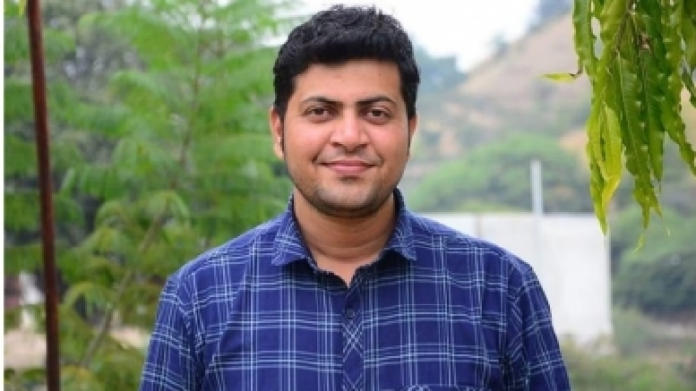 Rajesh Oza, a young man, is the reason today behind happiness of scores of tribal people in Rajasthan’s Pali district.

Oza travelled to his dream city Mumbai in his youth from a small town in Rajasthan’s Bera situated in Pali district to make a career. But despite toiling hard in different firms, nothing appealed to him.

In 2016 when he returned back to his hometown, he saw everything changed but the plight of tribals remained same. That is when he decided to stay back and work differently.

He realised that tribals were forced to sell their fruits at a loss. While growing up, he had seen these communities working hard. They used to gather together every morning to pick Amlas, Sitaphals (custard apples), Jamun, etc. from the forests and carry these to markets but often used to notice that they were always forced to sell their produce in a short period before it could get spoilt.

They were living the same life, he says adding, “Hence I thought of setting up an Agro-Food Company to build a brand that could help these tribal communities earn more without the pressure to sell their produce in a short time.”

He worked on the startup idea and floated a company which helped tribal communities in Rajasthan. The focus of the business was the Jamun fruit. Why did he chose Jamun?

Answering to this question, Oza says, “The only drawback with Jamun fruit is that it is only available for around 20 days in a year, and added that “Through our startup, the fruit can be enjoyed all year round.”

As part of the venture, communities in Rajasthan make products such as seed powder, green tea, vinegar, etc. out of Jamun. Diabetic patients are often advised to consume Jamun and it can help the condition. Also, as per Ayurveda, this fruit is a storehouse of nutrients and helps in weight management and heart health.

Now, around 1,200 tribal women are leading a better life by associating with this start up called Jovaki, he says. This venture empowered tribal communities to get a better deal on their produce and learn the details of processing fruit.

Starting with Rs 2 lakh investment in 2016, he saw a turnover in previous financial year of Rs 1.67 crore in 2022, and out of the total profits earned, 60 per cent goes to the women.

Initially, he faced challenges like gaining trust of the communities, however later this was no challenge as he helped the tribal women earn more. Along with the B2B venture, Oza started a B2C arm called ‘Tribalveda’ in October 2021.

The model of the village processing units in Southern Rajasthan has also been replicated in Chhattisgarh and Madhya Pradesh.

Oza said, “There are ample examples of impact including women who used to walk for 10-20 km to sell fruits and even then were forced to sell them at low prices, now get good rates for produce as our team comes home to collect the fruits. The training imparted to these women by us has greatly impacted their lives.”

He added “We train them at various steps involved in the processing of fruit including identifying the right fruit, harvest, collect, store, grade, sort, wash, process and package.”

Another major change is that the tribals, who used to cut down the trees earlier to get wood for burning, now are committed to preserving them after witnessing the potential of the fruit processing business.

Currently, Jovaki is booming with the products shipped pan-India and even reaching the shores of the UK. Oza says his start-up was provided Agri-business incubators at National Institute of Agricultural Marketing (NIAM), Jaipur.