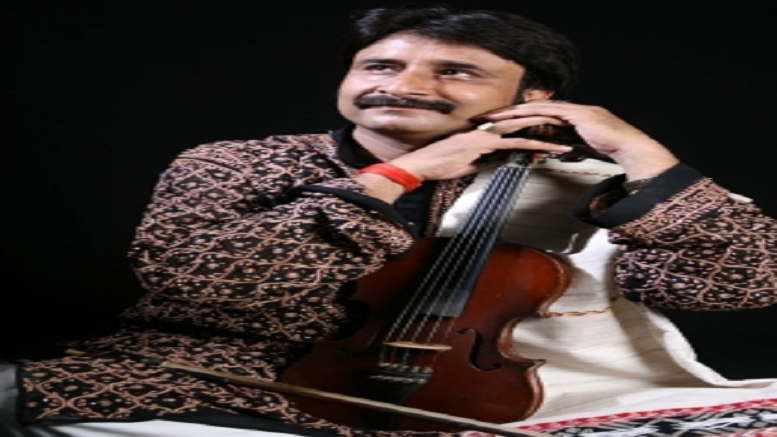 Believing that both the government and private players need to come forward and do their bit for Bharatiya classical music, Hindustani classical violinist Santosh Nahar says that it is important that young and experienced musicians be rewarded and supported for taking the legacy forward.

“More opportunities and benefits need to be given to keep the musicians motivated. Like abroad, the government and private players must organise more music festivals. Scholarships and grants motivate youngsters to keep learning and growing. They also help them financially in order to pursue the art form,” he tells IANS.

A popular performer at some of the country’s important music festivals, the artist comes from a family of classical musicians.

His father, Prahlad Prasad Mishra, a renowned vocalist and musician, along with his uncles and elder brothers trained him initially. He was later trained by T.M.Patnaik.

A strong supporter of collaboration with western sounds, Nahar feels that every genre of music demands hard work and creativity.

He adds that fusion facilitates bringing cultures together and offers much scope for novelty.

“It is always exciting to explore the charm of fusion without forgetting the classical roots.”

The violinist, who was part of HCL Concerts’ ‘Baithak’, feels that more corporates need to dedicate themselves to the promotion of arts and says that steps need to be taken to ensure that common people develop a taste for classical music.

“In a country where film music is extremely popular, classical needs more platforms which can be easily accessed by the common man.”

Adding that while the lockdowns were a tough period for his community, Nahar says that he made it a point to ensure that it was productive and spent creatively.

“The world came closer owing to digital concerts, though I have been missing the charm of live.”

Stressing that music is an ever evolving art, he concludes, “I continue to be a student and continue to learn and look forward to sharing the joy of being a musician.”