A 5-year-old shocking and troubling video recently surfaced online. It instantly flooded social media for its blatant Hindu hate and expletives directed at sacred Hindu icons. The video contains raw footage of a ‘rap battle’ from 2016 in which Aditya Tiwari, recognized by the stage name MC Kode, could be seen reciting a rap replete with expletives. The video was filmed at BITS Pilani.

We understand that the rap culture thrives on profanities. However, it was when he directed his abuses toward Hindu Dharma and hurled disturbing profanities at the Mahabharata, Bhagavad Gita and at the sacredness with which Hindus view cows, that invited netizens’ anger.

Apart from Hindu hate, the 39-seconds-long video clip was steeped in misogyny and contained glaring objectification of women. While Tiwari  boasts about ejaculating on his opponent’s mother’s face, the opponent responds that he will have sex with his sister without a condom. That the deliberate degradation of these women was happening with the consent of their family members is another disturbing element in this entire episode. This degeneracy characterizes rap culture. In some ways, Bharat’s wannabe rappers have surpassed even their Western counterparts in violating the sacred and churning out sickening lyrics centred on sex, abuse and violence.

In the past few years, New Delhi based MC Kode has earned some fame in the Indian rap scene, and is known to participate, host and judge various rap battles across several venues of Gujarat, Uttar Pradesh, Maharashtra and Assam. However, it was only after this filthy video came into the limelight that he became a known name.

Aditya Tiwari’s degeneracy is not limited to insulting Hindu Dharma and its symbols only. As pointed out by a Twitter handle, Tiwari has insulted the National Anthem and the Indian Army on a live video. In the video below, an inebriated MC Kode could be seen mouthing profanities while referring to Bharat’s soldiers.

#Thread :👇 of #MCKODE #AdityaTiwari
1. He abused National Anthem and Indian Army. See his attitude. The Liberal Gang will protect his cause of the last video i would be postig. This guys live here and do all the kind of shit and roam freely pic.twitter.com/biNAFxWYdv

In the face of widespread online outrage over the above video, the rapper tendered an ‘apology’ in which he accepts that he was drunk and claims that the video was taken ‘out of context’. 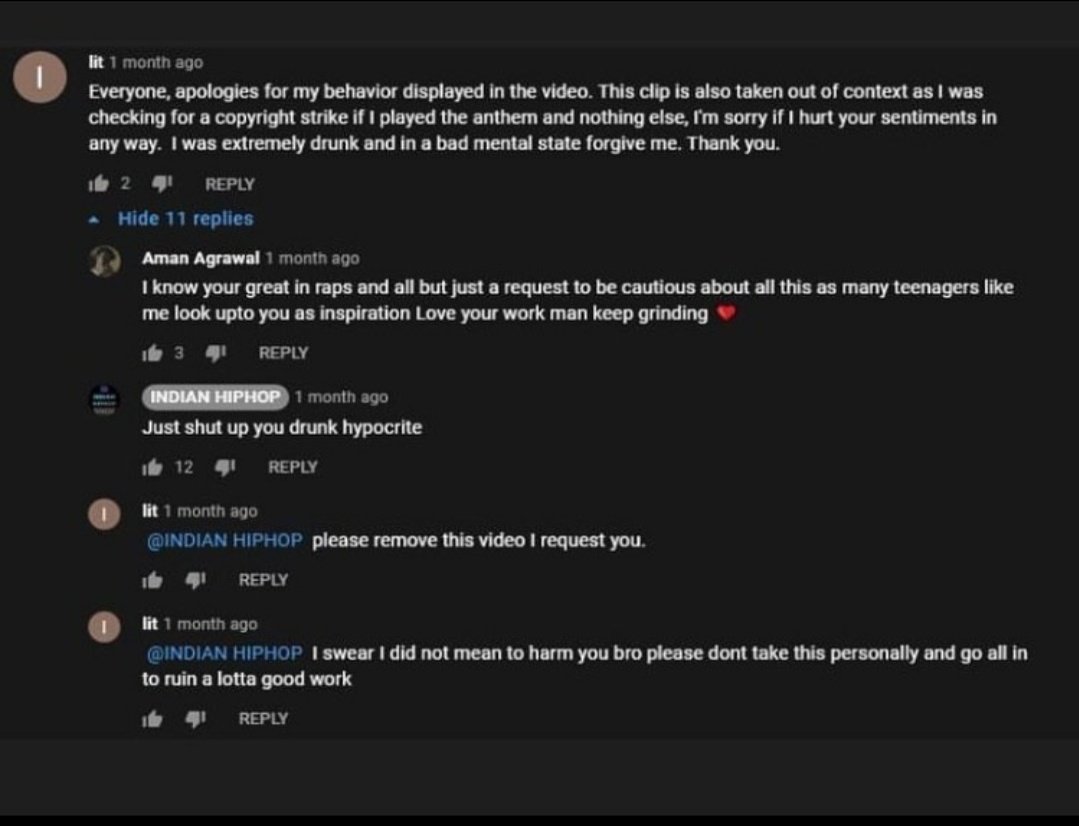 After netizens started to tag the sponsors of MC Kode’s gigs, they have allegedly dropped him from their list and the rapper has lost multiple opportunities of income. In light of the consequences of his actions, MC Kode took to Twitter to post an ‘apology’ for his Hinduphobic rap battle, asserting that he was a teenager at the time looking for cheap reactions. 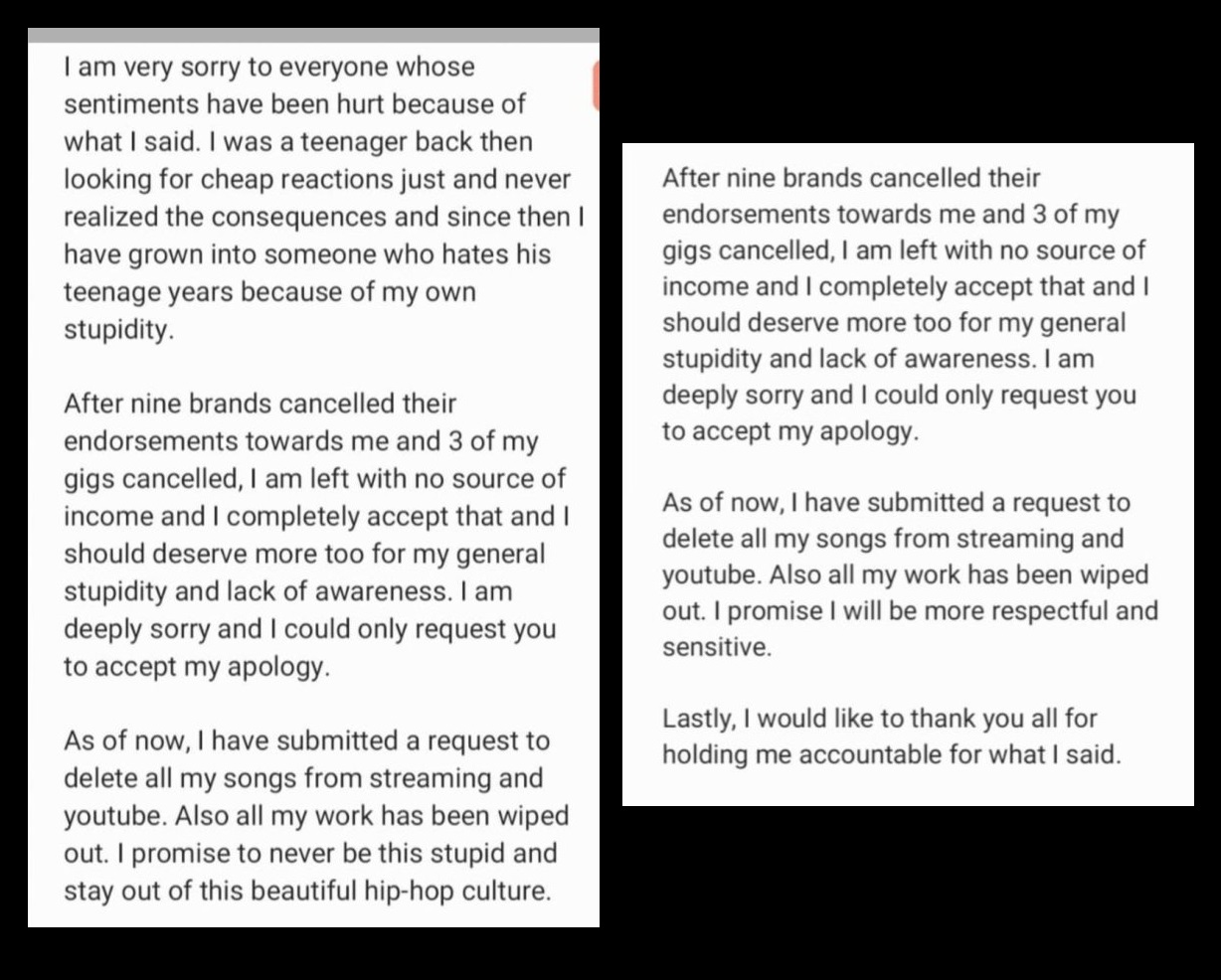 However, this apology has little meaning and authenticity because the rapper has also been seen endorsing those fans who supported his degeneracy. Had he felt any real remorse or had a better understanding of his deeds now, he would have distanced himself from those who came out supporting his “mistake” few years ago.

MC Kode is not the only one

Tiwari claims that he was a teenager at the time of his performance and knew no better. Now, this brings us to a very serious discussion and it is about time we address this: Is Aditya Tiwari the only one to be blamed? Why did Aditya Tiwari not know any better?

Have you ever seen a young Muslim artist uttering a word of insult against his prophet or religion? Or a Christian teen mocking the death of Jesus Christ? Why is it that every time we see teen ‘artists’, whether Hindu or non-Hindu, abusing or mocking Hindu Dharma to appear cool?

When he rapped against Hindu Dharma, he was supported by the onlookers who applauded the disturbing lyrics. We have witnessed the same when Muslim comedian Munawar Faruqui made jokes and objectionable comments on Hindu Gods. Instead of standing up in protest, spectators laughed on like braindead zombies. We can take an educated guess that most of these onlookers hailed from a Hindu background.

So the question is directed at their families as well. What type of upbringing are Hindu youth in urban households receiving that they cheer lustily for such depraved Hinduphobic ‘artistry’? One of the root causes of our issues as a society is this rot in parenting in most Hindu households that gives little to no importance to matters of faith.

And this is what is giving rise to more and more like Aditya Tiwari aka MC Kode.