Many Hindu Girls Like Riya Gautam, Many European Girls Get Killed By Muslim Boyfriends/Stalkers About an year ago, a crime shook Delhi.  A young, promising and aspiring air hostess was stabbed in broad daylight by a Muslim stalker Adil Khan. The entire crime was captured on CCTV camera.  The brazen manner in which Riya’s life was cut short stunned everyone who cares about crimes on Hindus (many don’t).  Here is a screen shot of that news: 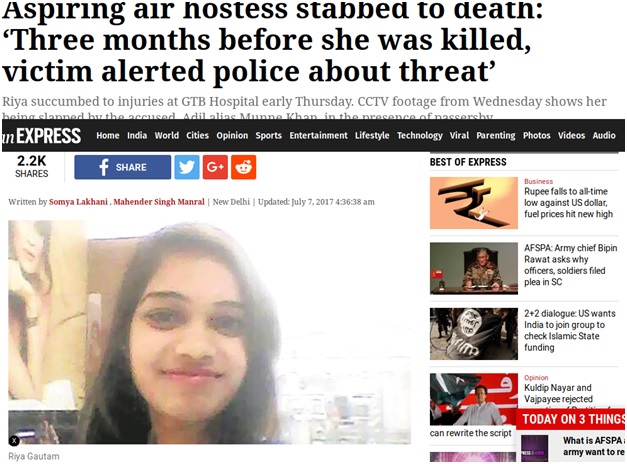 Now, look at this pattern.  A Muslim man strikes up some sort of “relation” with a non-Muslim girl.  The “relation” might even be a figment of the man’s imagination.  In Riya’s case, the man had apparently driven her to work a few times in his taxi, and perhaps had some little conversation on the route.  Then the man assumes that the non-Muslim girl is more or less “his property.” When he finds that the girl is not willing to spend her life in a burkha, being a domestic doormat to his misogynistic religion, he kills her; because, after all, women are not supposed to stand up to men in Islam.  They have a distinctly second class status (Kuran 4:34).

One would expect the same sort of pattern to occur anywhere where Muslim men reside near non-Muslim girls/women.  And it does.  Let me reproduce 3 such cases that are recent, all from Europe.

The first, in Germany, where the sentencing has just happened. 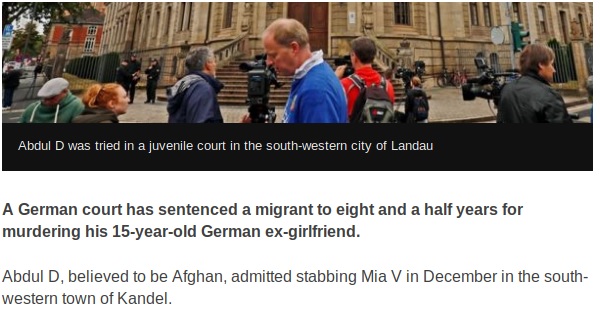 The next, in Finland, where the Afghan (also) boyfriend BURNED his Finnish girlfriend, who was also a mere teenager, to death, after raping her, for daring to break up with him. 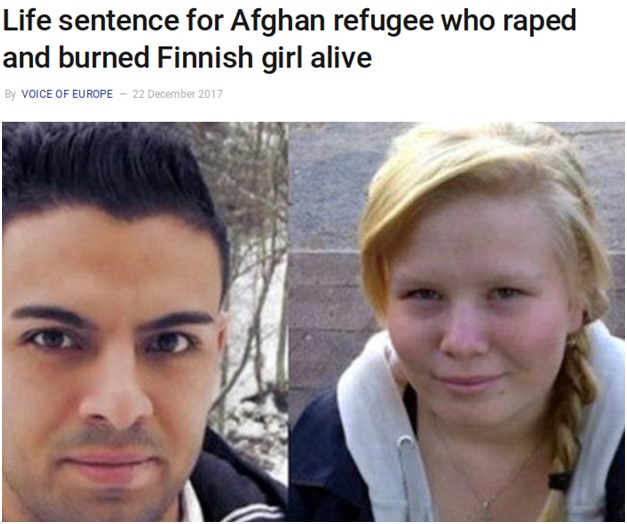 The third case also involves an Afghan man, in this case he killed both his ex-girlfriend AND her mother. The twist here is that the victims were also Muslims.  The man has just been  apprehended. 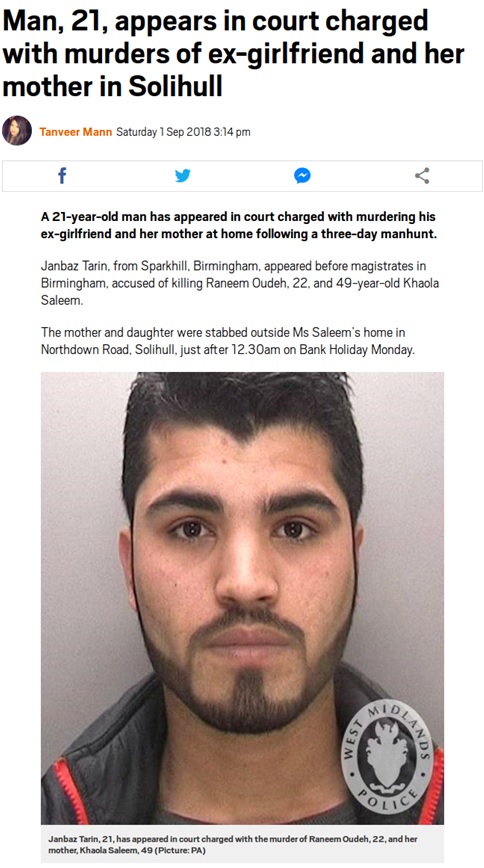 These cases have all happened within a short time period.  In all the cases, the pattern is very clear:  a Muslim man is unable to take a ‘no’ for an answer.  He starts behaving as if he owns the girl and the girl is his “property”, as indeed in Islam she is.

Any Hindu girl or European girl reading this should note that there are serious risks with such relationships or even casual friendships. When the man does not allow the woman to be an independent decision maker (who can decide to reject him), it is a major problem.  I would really hope that reading this article, at least some girls think twice about any potential such relationships that might be developing.