Hindu-hate, North-Indian hate and sense of superiority of abusive leftists in West Bengal lead to doom of Dharma 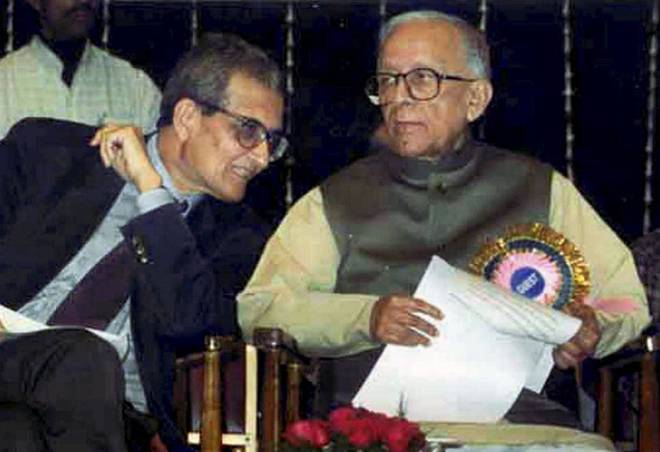 If there is one state, second only to communism infested Kerala, that is determined to uproot all Hindu traditions, it is West Bengal. The state is what gave us the world spokesperson for Hindu Dharma, Swami Vivekananda; the great ideologue, Shyama Prasad Mukherjee, whose wise providence saved West Bengal from merging into Bangladesh and who had envisioned the tricolor unfurling in the skies of Kashmir.

These days, the state has become home to Ram hating scholars like Amartya Sen, who have earned laurels by jotting down words that have not fructified into anything worthy. The Prannoy Roys and Aparna Sens are too many in number. Hence, under the choking influence of deracinated elites, Hindu Dharma is dying a slow death in the state being ruled by a government identified for its unabashed minority appeasement, after three decades of decadent communism.

People of West Bengal learnt nothing after the blood smeared partition, the Noakhali riots or the Direct Action Day.  If anything, their PTSD (Post-traumatic stress disorder) has led to a sense of self-hate evident in the mindset of a fresh crop of youngsters who praise those who had once brutalized their ancestors in the most unspeakable ways.

Not only are members of this generation commanded by the hate for anything and everything Hindu, they have come to nourish a burning hate for the North Indian, and, if not all at least in most cases, look at them as inferior beings with lower intellect.

Bengal is facing dreadful times with nuns being raped by Bangladeshi infiltrators, and women being deceived into romantic relations by men feigning Hindu identity and then getting murdered. But the communist-liberals make not a noise about such cases, lest they appear ‘bigots’.

On the other hand, with their strong loathing for the North Indian, they target Bengali ladies who marry men from cultured North Indian families and refer to them disrespectfully. This horrendous behavior is not limited to the younger lot; retired babus who come with work experience more than the age of the women they abuse owing to differences in ideology or for marrying the ‘inferior’ race, often expose the indecency in their discourse publicly.

The practice of self-hate among the self-styled bhadraloks in Bengal has encouraged destruction of Hindu practices in the state. This absence of self-pride in but a handful of city-dwellers has offered the anti-Hindu elements with an opportunity to infiltrate Dharma and destroy its ethos.

A faculty member of JNU’s communist counterpart, Jadavpur University, had turned priest to perform the vivaah-vidhi (marriage rituals) in February 2019. In the name of gender equality, and to obliterate ‘patriarchy’ in the process, Nandini Bhowmik eliminated the Kanyadaan.  “I want to do away with the patriarchal mindset where parents appear to be renouncing the custody of their Kanya (daughter), treating her like a commodity and giving her away as dana (donation),” said the Sanskrit professor.

Fiddling with Hindu rituals has become the norm. That Muharram nowadays gets preference over Durga immersion in the state is general knowledge. Saraswati pooja has been banned from schools by Islamists who enter schools forcibly and celebrate ‘Nabi Diwas'(birthday of Islamic prophet Muhammad).

Maa Durga murtis were stripped off weapons in some of the most eminent pandals of the city last year and again this year, all in the name of secularism and communal harmony. One of the city’s major pooja pandals was adorned with Christian and Islamic symbols, and played the Azaan in front of the goddess. If this is not the dusk of Dharma in the state of Swami Vivekananda, then we don’t know what is.

We won’t blame the government for it; every political party does everything in their power, to retain power. The few loudmouth elites of West Bengal are responsible for the threat faced by Dharma in the state. High time Bengalis come in large numbers and reclaim their land from the mental-slaves of some erstwhile leader of Russian or German descent, or the sufferers of Stockholm syndrome.