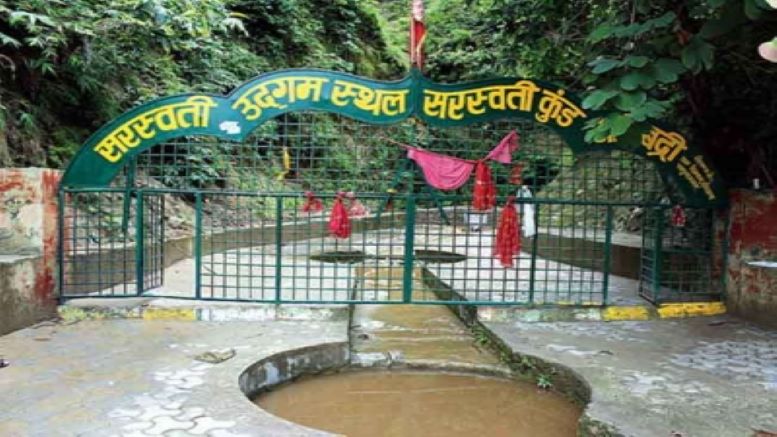 Many people are of the view that the Saraswati river is invisible or flows underground, but Uttarakhand’s Mana, the last Indian village from the China border, claims to be the source of the water body. Everybody has heard the name of the Sarawati river, but how many have seen it?

It is believed that in Prayagraj (Allahabad), there is a confluence (sangam) of Ganga, Yamuna and Saraswati, but Saraswati cannot be seen there too.

Saraswati originates from Devtaal. Legends have it that a stream of water in Mana, located in Chamoli district, is Saraswati. This place also houses a cave which is popular as Vyas cave.

Cave priest Shankaranand Uniyal told IANS that sage Ved Vyas was chanting Vedas and Lord Ganesh was jotting them down but the saint was getting disturbed by the gurgling Saraswati river, post which he cursed her that she will not be visible to anyone. There’s a stream near Mana which its residents believe is the Saraswati. The water of this stream joins Alaknanda river near Keshav Prayag.

As per ancient tales, when Pandavas were going to heaven, they came across Saraswati river. They were of the view that the river is a woman and it would not be justified to cross over her, after which Bheem put a boulder on the river, which acted as a bridge. Today, that boulder is known as ‘Bheem pul’ in Mana.

The challenge for the Indic is not survival: It is evolution