A liberating vision: Rediscovering Indic heritage through a dharmic lens 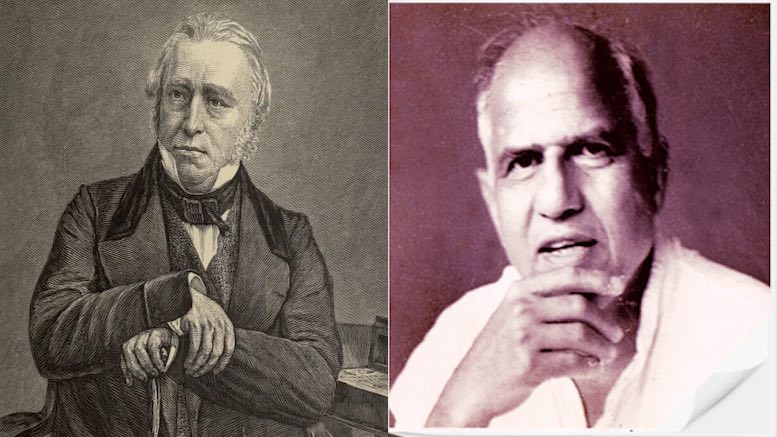 When Thomas Babington Macaulay  drafted the infamous Minute on Education (1835), it was a Machiavellian  strategy in letter and spirit; intent and purpose; to  shake, dislodge and destroy the traditions, customs, practices and languages of Bharata Varsha and Hindu dharma. The document  favoured the introduction of English language and literature as a means of religious conversion. Macaulay exulted over his education plan for the people of the country:

“It is my firm belief that if our plans of education are followed up, there will not be a single idolator among the respectable classes in Bengal thirty years hence. And this will be affected without any effort to proselytise; without the smallest interference in their religious liberty; merely by the operation of knowledge and reflection.”

The colonial design in Macaulay’s Minutes unfolds when he unequivocally  highlighted  the  educational policy of the colonial government that “we must at present do our best to form a class who may be interpreters between us and the millions whom we govern—a class of persons, Indian in blood and colour, but English in taste, in opinions, in morals, and in intellect.”

It is now nearly 200 years since Macaulay’s Minutes; 73 years since Independence. Yet Macaulayism or internalisation of attitudes, opinions and beliefs of the coloniser is a legacy that hangs like the proverbial albatross around the necks of Macaulay’s Children, a cherished unquestioned, unquestionable legacy. However, of late, several Macaulay’s children are grappling with the albatross of colonisation. They  deeply desire  to decolonise their minds by to exorcising the demon of Macaulayism and reclaim their Indic heritage through a dharmic lens.

Recently, I participated in a virtual conversation on  Exploring Indic heritage and its current reality  through the lens of dharma as part of the Truth and Reconciliation series, organised by Ritambhara, a community of seekers  engaged in  self-discovery through  yoga and  Indic knowledge systems and traditions, based in  Kotagiri,  Tamil Nadu. The poignant, profound and yet painful conversations were stirred and steered by the following posers:

The dialogue was  co-anchored with finesse and fluidity by Preeti D’Mello, Head, Leadership & Diversity TCS & Student of Advaita Vedanta) and Raghu Ananthanarayanan, Co-Founder, Ritambhara, in which eminent panellists  such as Rajni Bakshi, author and journalist; Sukhvinder Sircar, Accredited group process facilitator and life coach and creator of the transformatory Divine Feminine workshops; and Naveen Vasudevan, Co-founder, Ritambhara, converged to explore the need  to decolonise ourselves and change our lens so as to be better able to “see” what is being blurred by the refractive  errors of colonisation and the resulting  centuries of internalised oppression and victim mindset.

Drawing extensively from the Hindu dharma background of her family, Preeti D’Mello  remarked that her growing up was very “Indian; so, there was no need to talk about being secular.” Based on  her experience of  living in a world where borders and boundaries were increasingly becoming blurred, non existent and homogenised in a globalised context, Preeti D’Mello  eloquently articulated the dichotomy of a colonised mind that continues to thrive and flourish long after the colonisers have returned.

“I am a product of Whitism or the deep conditioning that comes from colonisation. The colonised believe that the oppressor is of a higher order and the one we aspire for, that colours our inner preferred world. My heritage of colonization has seduced my identity and am now holding the pain of the trauma I experience. The same kind of pain we experience when we marginalise ourselves. What I’ve unknowingly marginalised has made its presence felt like the thirteenth fairy in Grimm’s Sleeping Beauty!”

The relationship between the coloniser and colonised continues to exist in subtle and not so subtle ways. In the early years of colonisation, those who spoke about it “spoke of stories of resignation and survival. There was a conspicuous absence of anger, absence of any kind of outrage, absence of any objection.”

It’s this frightening absence of conversation; this silencing of voices  that is most oppressive; especially for those of us who straddle two worlds—the ancient and the contemporary and like Trisanku, are unsure of where we truly belong! However, I resonated with Preeti D’Mello’s empowering perspectives that the victimised and the oppressed are also complicit in their victimisation! The message was loud and clear: How then do we reclaim  ourselves, redefine and renegotiate our spaces without feeling apologetic?

Journalist and author Rajni Bakshi spoke about our inability to articulate our own terms of reference.  Given the multiple contradictions and paradoxes that we struggle with and forced to confront on a daily basis, how do we navigate the pathless path anchored to dharmic values?

“We need to constantly remind ourselves about the interrelated concepts of parampara (tradition and lineage), adhunik (whatever plays out in the present) and adhyatma or that which enables us to relive the pain of the past, process the pain of the present and overcome the fear of the future,” said Rajni Bakshi  with clarity and perceptivity.

Our pain is the crack through which light can flood in; if only we are prepared to let go and let in. When the anaesthesia of colonisation begins to wear off; something within us that had become fossilised, begins to stir and  “wake” up to a different way of seeing and being. The pain of a colonised mind that is beginning to unshackle itself was eloquently and elegantly explored by Sukvinder Sircar as she captured the loss and longing to integrate the fragments within  oneself.

“The doorway  to my decolonisation has been through my pain. I had to sit with my pain—the loss of rootedness in my soil and culture, the disruption of my ancestral stories and tradition. Ironically, my privileged education had cheated me of my heritage; fragmented and indoctrinated me. My Whiteness was sitting inside me. I was compelled to seek Purna Swaraj for myself, to reclaim the sovereignty of my life. Gradually, I connected to my anger and grief. I was worshipping false gods; the White man’s books and knowledge were my models and references. Modernism was glorified falsely and the ancient trashed pejoratively as  ‘primitive’ and therefore outdated. My inner longings were kidnapped and the kidnapper walked away with impunity and absolved himself of the trauma  within me,” says Sukvinder Sircar in a dirge of pain.

Her journey within; of reclaiming her power; the antidote to the venom of internalised  patriarchy and misogyny has been all about creating a sangha or a community of women (and sensitive men!). According to Sukvinder Sircar, colonisation has had serious far-reaching implications, much more than  mere divide and rule policy!

“It’s about breaking a person into a thousand parts and ensuring that the parts  can never join back together into a unified whole,” sums up Sukvinder Sircar—hers is a plea that the journey towards rediscovering our wholeness is a self-conscious imperative propelled by a sense of discovering our svadharma  or true purpose.

Balancing the vibrant feminine energy, Raghu Ananthanarayanan and Naveen Vasudevan  juxtaposed the masculine energy, drawing from their struggles with decolonisation. Interestingly, both  repudiated  conventional success and achievement  in pursuit of a deeper and meaningful engagement with life  based on dharmic values and principles. The two  speakers, who share a mentor-mentee bond,  highlighted the need to question the relevance of education in a contemporary context. How does it help to address the problems we face today?  For Naveen Vasudevan, it meant willingly abdicating the “American dream” of a high-profile career,  turning  inwards and rediscovering his roots.

“Most of the questions I was grappling with came from outside me: Who am I? Why am I here? What is the purpose of my life? It been an intense personal journey of  turning inwards; discovering Swaraj (independence) and Sarvodaya (universal uplift); discovering a Samudaya or community… its an ongoing spiral,” says Vasudevan wistfully.

Raghu recalls being “counselled” by the faculty in IIT Madras where he was a student, when he posed “inconvenient questions” about the kind of education being imposed on them!  A serendipitous meeting with Shri Dharampalji, Gandhian thinker, was a turning point. Shri Dharampalji inspired him to explore with a “great teacher” the relevance of Bharatiya traditions and practices in a  contemporary context, taking care not to “glorify “ it. This led him to study yoga philosophy and practice with the legendary Yogacharya Shri Krishnamacharya and Shri T.V. Desikachar.

“I am amazed that despite centuries of invasions  and  colonisations, scholars  in  our country have managed to retain the  essence of our traditions  deep within. That’s how it survived the centuries of onslaught. However, this aapad dharma or law for times of need was resorted to because of the imminent need to preserve our traditions. It’s now time for us to go beyond the façade; rid ourselves of  the fear of reclaiming a dharmic lens over a colonised tendency to use frames that are not ours,” says Raghu.

Macaulay’s children find ourselves at crossroads: we  too, however, have been complicit in our colonisation.  Regardless of the historical compulsions, it’s  now time for us  to accept and own responsibility for this dysfunctional engagement. This is a painful; yet hopeful endeavour.  For too long we have exiled the shadows of colonisation. Our healing and transformation on the path towards decolonisation  demands that as we begin to disentangle ourselves from the shackles of colonisation, we also  embrace and integrate the shadows with the light, with curiosity and compassion.  And have the courage to ask “inconvenient” questions in our quest for truth, however “inconvenient” it may be.