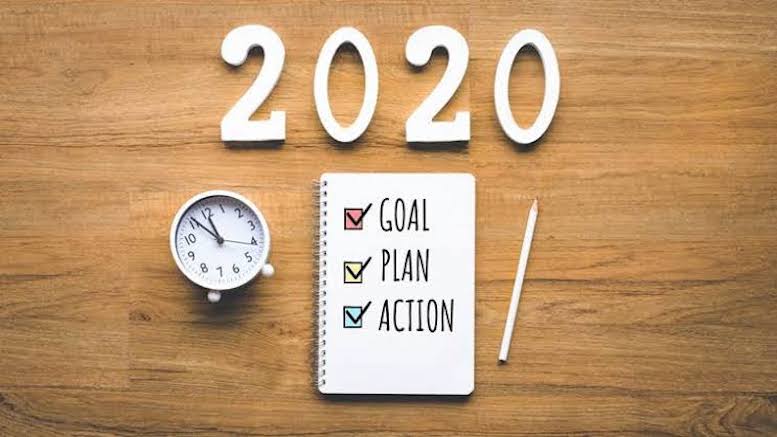 As we celebrate the start of a new year as per the Gregorian calendar, it’s a good time to take stock of where we stand personally and as a society/country.

Yes, we are fighting an asymmetric battle against a foreign-funded enemy with limitless funds and global influence at their disposal. Yes, our temple assets are usurped by the secular State and denied to us. Yet, we must live the true principles of Hindu Dharma. If we all share the same divine spark, how can we remain apathetic to the plight of our poor & underprivileged brothers and sisters?

Squeezed dry by the brutal, colonial British regime which fostered a selfish, ‘look out for yourself’ attitude in Hindus; mentally colonized by the relentless assault on our religious and cultural way of life; the continuation of this colonial mindset by the Nehruvian deep state – all this made Hindu society grasping, wary and divided along various fault lines. But the last few decades have started unravelling the colonial-era Nehruvian framework – economic liberalisation has risen prosperity across all sections of Hindu society, and a political awakening has allowed for the crushed Hindu spirit to finally start expressing its true self.

This new decade must witness an explosion of Hindu philanthropy – but not the Westernized sort where MNC employees and a deracinated elite throw money at NGOs or institutions disconnected from our social ethos that only end up self-alienating our youth.

We must contribute money and time to true Hindu charities which serve society and also educate it about Dharma. It could be a Seva Bharathi, Gayatri Pariwar, Bharat Sevashram Sangh, Art of Living, Chinmaya Mission, Akshay Patra, Nimittekam, Youth for Seva or any other local charity you are personally aware of. Share your stories of daan and inspire others to do more. If you want to avoid religious charities, choose wisely from secular organizations which are connected to grassroots and definitely avoid agenda driven orgs like Oxfam, World Vision etc.

Ordinary Hindus and other Dharmics die everyday just because they want to live a life of dignity in the one country they can truly call home. Whether it is a father who was lynched to death for filing a complaint against a neighbour who abducted his minor daughter, the never-ending stream of farmers, youth and policemen killed by cattle smugglers, a 12-year-old boy burnt alive, a father stabbed to death for protesting the harassment of his daughter, or the innumerable Hindu victims of ‘political violence’ – a dog whistle term employed by left-liberals to signal that the Hindu victim ‘asked for it’ by aligning with a ‘fascist, Hindutva’ organization.

The least we can do is remember these faceless victims like Gangaram, Gopal, Vidhu Jain, Dhruv Tyagi, Trilochan Mahato the next time you hear someone rant about Akhlaq, Junaid or Pehlu. Or you can go a step forward and actually organize help (financial, legal) for a bereaved Hindu family like was done for Gopal. Support the organizations fighting for legal & political rights of Hindus – RSS, VHP, Indic Collective, Hindu Samhati, SinghaBahini, Legal Rights Observatory, Legal Rights Protection Forum,  etc. or those orgs like UpWord, Srijan Foundation, Indic Academy etc. conducting research and raising awareness on critical issues.

3. Take your ‘awareness’ quotient to the next level

If you are a Hindu who is stuck in the 9 to 9 rat race, or working hard to provide for your family, you might be unaware of what is truly going on in the country. Remember, being aware is not a function of your intelligence – there are many highly intelligent yet unaware Hindus, including several successful ones. If you rely exclusively on Times of India, NDTV, Indian Express, The Wire, Scroll etc for news & views, chances are you are clueless about ground reality.

It takes courage and a certain amount of humility to acknowledge that the articulate voices you trusted for so long – the Ramachandra Guhas, Pratap Bhanu Mehtas, Fali Narimans, Shekhar Guptas – have got it wrong, that they are peddling an ideological agenda.

A question which each Hindu should ask – in your area of expertise (IT, management, finance etc) you know that new ideas and young upstarts routinely upend the old order, so why wouldn’t the same principle apply to the realm of politics & society? Think independently. Listen to what the so-called trolls are really saying. Read alternative outlets like HinduPost, India Facts, OpIndia, Swarajya, UpWord, Organiser, MyInd. Question the true meaning of words – secularism, minority, justice, azaadi. Decide for yourself.

Those in the Slightly Aware and Aware categories need to step their game up and realize that just voting in elections won’t be enough. We need to bring a true Hindu renaissance in all spheres – humanitarian service, education, art & culture and above all Dharmic proselytisation – to ensure that Hindus enter the next century with their heads held high.

Having governments which are not anti-Hindu is key to everything we are trying to achieve. While voting for NaMo at the centre is a no-brainer, it is equally important for us to promote the one party which is least damaging to Hindu interests at the state level too. Yes, BJP is still pumping funds into unethical, minoritarian schemes, it is not freeing temples in the states where it is in power – yet…yet, it remains a far better choice for Hindus than even the regional satraps who are only interested in furthering their own family/clan and who will betray the larger Hindu cause in the blink of an eye. Congress and its allies must be avoided at all costs.

How Shiv Sena took a ‘secular’ turn in Maharashtra shows that even regional outfits wearing the saffron cloak cannot be fully trusted unless the party is ideologically committed. And its not like voters who chose Congress or other alternatives in C’garh, MP, Raj, AP etc are witnessing improved governance compared to what the BJP was providing. Learn to choose between the lesser of two evils – those peddling idealistic & utopian dreams will just move you from the frying pan into the fire.

Think of the larger picture – any loss in state elections limits the effectiveness of central government as it impacts numbers in Rajya Sabha. The coming decade is crucial for Hindus – retaining maximum political power is essential to completely dismantling the Nehruvian colonial deep state once and for all. Don’t choose bad alternatives for short-term gains, freebies or out of boredom, apathy – exercise your right to vote in every election and vote smart. Hold BJP accountable, criticize it fiercely when it strays, but vote for it until a better pro-Dharma alternative emerges.

Unless we start following the fundamental precepts of Hindu Dharma in our daily lives, it will be difficult to keep walking the difficult path ahead of us to realize the Bharat of our dreams. Make a promise to daily read a Hindu scripture or follow the bhakti marg of your chosen Ishta Devata, celebrate festivals with joy and understanding, create a Dharmic atmosphere in your homes so your children effortlessly imbibe those values. Learn to appreciate the tremendous diversity in Hindu deities and practises, especially in the place you reside if you are from out of state.

There will be tough times. There will be obstacles. But if 2019 has shown us one thing, it is that anything is possible if we put our hearts and minds to it.