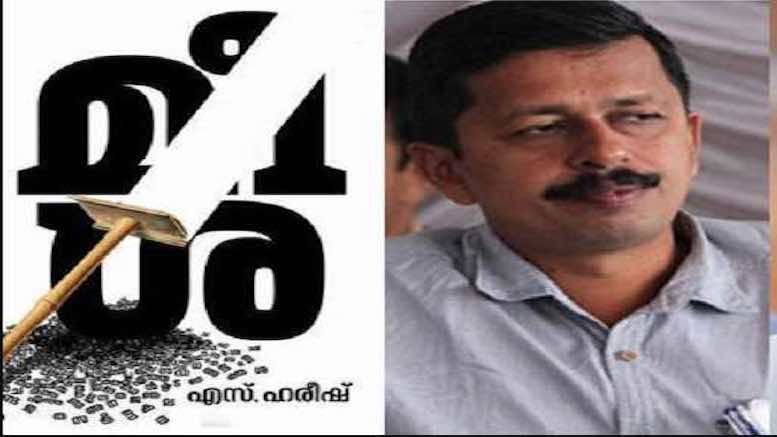 Meesha, a controversial novel that is openly abusive against Hindu customs has been awarded the state Literary Award by the Communist Government in Kerala. “Temple going women devotees are well-dressed in such way to lure the priests with the intention of having sex with them” – this is an example of the author’s words with reference to Hindu temples in the novel named ‘Meesha’ (the moustache).

Under the garb of secularism, communist atheists with Hindu names write them (‘Meesha’ was written by S Hareesh). Communist cadre (both Hindu and other denominations) take them up, use multimedia and social networking sites to spread them far and wide. Any negative publicity is good as far as they are concerned.

What surprised many was the State Government’s decision to hand over the Kerala Sahitya Academy award for a novel that had been in the news for the wrong reasons. By doing so now, the communists and their Hindu-bashing cadre are intentionally provoking Hindu sentiments.

Originally written for a local newspaper Mathrubhumi in 2018, that published three chapters in their weekly, it was discontinued following an outcry from Hindus. In September of 2018, the novel was taken to court by N Radhakrishnan from Delhi who pointed out that Hindu women were being denigrated as sex objects. He also accused the communist government of inaction, specifically naming the works of Salman Rushdie and Taslima Nasreen whose novels were banned for offending religious sensibilities of other religions.

A three-judge SC bench headed by the Chief Justice, Dipak Mishra refused to ban the novel citing ‘freedom of speech and expression’. Justice Chandrachud had this to say while delivering the verdict: “You are giving undue importance to this kind of stuff. In the age of the Internet, you are making this an issue. It is best forgotten.”

One of the controversial portions of the novel was also quoted in the SC judgement. Readers can read it and make up their own minds:

“Why do these girls take bath and put on their best when they go to the temple?” a friend who used to join the morning walk until six months ago once asked.

“Look carefully, why do they need to put their best clothes in the most beautiful way to pray? They are unconsciously proclaiming that they are ready to enter into sex”, he said. I laughed.

“Otherwise,” he continued, “why do they not come to the temple four or five days a month? They are letting people know that they are not ready for it.Especially, informing those Thirumenis (Brahmin priests) in the temple. Were they not the masters in these matters in the past?

Emboldened, a local publisher decided to cash in on the offensive, sacrilegious material.  It is apparent that the Communists also did not forget. With a desire to humiliate Hindus and enforce their ideology, they have now decided to milk the controversy, yet again.

The novel drew support from not just the communists like ex-CM of Kerala, VS Achuthanandan, but also Congress stalwarts like Ramesh Chennithala and Thiruvanathapuram MP Shashi Tharoor. All three mentioned are Hindus in public.

Thousands of temple goers who felt offended have come out openly to criticize the government’s decision. BJP President K Surendran termed observations about temple-going women in the novel an insult to believers in Kerala. He added that the CM Pinarayi Vijayan’s grudge against Hindus has not subsided.

Central Minister V Muraleedharan said that he did not expect anything better from Pinarayi Vijayan who has a history of being anti-Hindu which was on full display during the Sabarimala issue. He added that the word Pinarayi Vijayan has become synonymous with shamelessness.