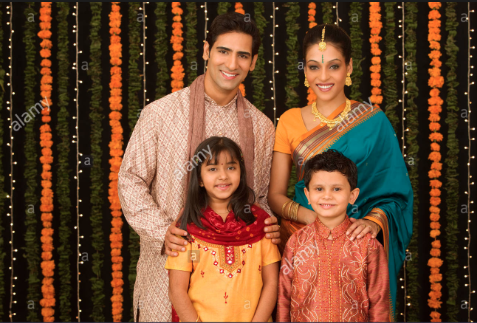 The brainwashing of Hindus living in Bharat is increasing by the day. There are newer tactics, twitter ranting, psychological games and much more that keep telling us Hindus that our culture is barbaric and irrational. Sadly, the youth of Bharat is increasingly falling prey to it.

While on a macro level, the onus is on the big organizations and social groups to tackle the menace, on a micro level common Hindus can make sure that the virtues of Hindu Dharma and the true spirit of Bharat lives on through its future generations by following certain habits. Here are 10 simple steps, inspired by Shefali Vaidya’s tweet thread, which every urban Hindu can follow –

1.) Introduce young kids in your family to Hindu culture through stories, books and customs. Temple visits and Hindu architecture exploration will entice the young minds. Don’t distort any historical fact, if you encounter a vandalized murti, speak the truth – every single time!

2.) Reinstate the practice of the entire family coming together for the daily Pooja. Assign a special Mandir room/space in the house. Have the children of the house pray every day before going to school. Imbibe practices such as reciting shlokas and visiting temples, at least on special occasions such as festivals and birthdays. Also make the kids aware of their ‘tithi’ birthdays besides their English Calendar birthday.

3.) Stay connected to our civilization by reading up on Bharat’s history. There are many websites http://www.voiceofdharma.org and https://factmuseum.com/free-rare-books/ which will be resourceful for Dharma teachings. This directly attacks the basic premise of Chrislamlists who are thriving because the ‘average urban Hindu’ is not aware of her/his own history.

4.) Connect yourself with a Hindu cause. Don’t restrict yourself to your language/state causes. Remember, when anti-national/anti-Hindu forces unite, they will attack/harm you for your ‘Hindu’ tag and not your ethnicity or the language you speak. Hindus uniting is the worst nightmare of Chrislamists, that’s why caste/language based incitement has spiked in different parts of the country in recent times. A Hindu being persecuted in West Bengal, Jammu, Bangladesh, West UP, Pakistan or Kerala should be a concern for Hindus everywhere – remember “if you don’t speak up today, one day they will come for you when there is no one left to speak”,

5.) Try doing seva. If you can convey thoughts through words, write and educate people on social media and through websites like HinduPost. If you can donate money, give away some amount every month to an organization dedicated to a Hindu cause. Avoid the Western NGOs like Oxfam, World Vision etc. – they market themselves well, but whatever aid they provide comes as part of a #BreakingIndia agenda. However you can help Dharma, make it a point that you do.

6.) Whenever you encounter any leftist propaganda, don’t take it lying down or ignore. Raise your voice against any Hinduphobic or anti-Hindu post you notice on social media, be brave enough to respond to it and escalate it to the authorities if required. Don’t be afraid of being labelled a ‘troll’. Once you raise the first alarm, many others will join you.

7.) Celebrate festivals with fervor, without worrying about being labeled ‘Hindu’. Express your Hindu identity with pride – whether it is wearing Bharatiya attire, or putting teeka, bindi, bangles and other cultural symbols. You are doing this to respect your Dharma. Don’t go on the defensive mode, just be assertive.

8.) Upgrade your vocabulary to a more Hindu version. Instead of idols or statues, use the terms Murti or Vigraha. Don’t use terms like RIP to condole the death of a Hindu, instead pray for the sadgati of the atmaa instead.

9.) Giving out the murtis of Hindu gods is commendable, but instead try to educate people by giving out books as gifts like S L Bhyrappa’s ‘Aaavarana’ or David Frawley’s books.

10.) Read various Hindu portals like HinduPost, IndiaFacts, Pragyata, Swarajya, OpIndia etc. regularly. Share the links of these websites on your social media accounts regularly. Empower yourself and others with the knowledge of Hindu Dharma.

The pointers given above are a sure shot way of assuring the virtues of Hindu Dharma are passed on – not just from one generation to another, but also from one Hindu family to another. Bharat is known and revered for its rich culture, we must ensure that we bless our future generations with it too.

There are many anti-dharma entities who will stop at nothing to see Bharat lose its knowledge and culture, and be torn into many pieces. By adhering to the above pointers, we are performing our small part in the bigger fight for Dharma.