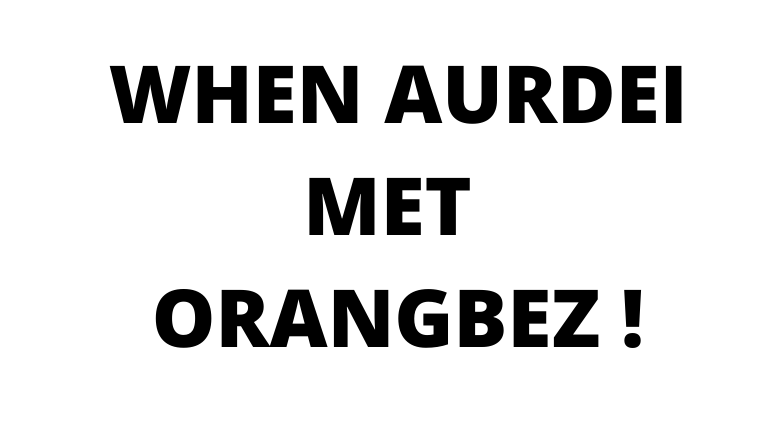 Disclaimer : This is a satirical piece written by Mr. Ketan Shah, who tweets at @Thinkerks. This is a work of fiction. Names, characters, businesses, places, events, locales, and incidents are either the products of the author’s imagination or used in a fictitious manner. Any resemblance to actual persons, living or dead, or actual events is purely coincidental.

One of the world’s eminent historians (and a famous Morgul scholar) Aurdei Freudski completed her terrestrial duties (including carrying the white man’s onerous burden of reforming and educating really intractable Indians) and left for her celestial abode.

As she entered the gates of heaven, she heaved a sigh of relief. “Eat s#it you damn Sanghi Indians! Look, this proves I was always right and doing a great job, all of you haters see where I’ve landed now”. While she entered heaven, dressed in her Sunday best, she wore a permanent scowl on her face as she believed it helped her look ‘highbrow’.

She always made it a point to wear ‘blue stockings’ as many were still not convinced of her exemplary scholarship and erudition. Her receding chin had all the upper class characteristics and the flaws, frauds and foibles that go with being a ‘chinless wonder’. Her freckled and slightly wrinkled white face was a testimony that she carried the laborious white man’s burden of reforming the great unwashed with all sincerity and honesty. Her long nose ensured she meddled into the business of others at will. Her small and weak frame matched the canvas of her thoughts, ideas and beliefs.

On entering the celestial world, she was greeted with a bottle of Dom Pérignon and a sumptuous food spread that paled in comparison every dinner that she had relished at those Michelin star American restaurants sponsored by a multitude of Pakistani NGOs. Her shifty but sharp eyes were actually looking for her muse ‘Orangbez- the amalgir’ -the mighty Morgul whom she had worshipped all her life. However, to her grief and consternation, she couldn’t just find her muse even after making frantic efforts.

She then decided to see the top guy herself and snapped at the usher nearby and said “Listen bud, I wanna see God. I wanna see him right away. I’m an American and also a woman, you can’t make me wait”. God was actually quite busy, but God being God, could take multiple forms and was ready to see the accomplished historian.

Aurdei Freudski was a bit disappointed seeing an old man with white western clothes as she had actually anticipated Orangbez to be in the seat of God. “After all, the man who was called ‘the conqueror of the world’ must have been God himself”, she had always thought in the past. Anyway, she went on with American brusqueness, “Hi God, I want to see all the great Morguls, I’m sure all of them are here in heaven. They offered so much to the world- nice food, nice dresses, art, culture cenotaphs, mausoleums, and yeah they helped reduce the carbon footprint by controlling the world population”.

Now God wasn’t really impressed. “Yeah, they were so great, especially that Orangbez guy, once I retire, I will give him my seat” said God in a smart alecky way. “Are you bloody joking??” retorted Aurdei wryly. “I never start anything”, quipped God.”As a matter of fact, the only Morgul I have here in heaven permanently is ‘Dura Shikva’, the good Morgul dude. Would you like to see him”?

Hearing Dura’s name Aurdei’s heart sank, shivers ran up her spine and she had butterflies in her stomach the size of the food portions they serve in Texan restaurants. She remembered all the crap and falsehood she had peddled about Dura. “No, no, it’s ok, I would still insist you to double check if Orangbez is here. After all, he was so nice and tolerant, he protected more things than he destroyed, he even patronized Saksmrit in his court. He deserves to be only here”. “Really?” asked God. “Yup, certainly, and you need to listen to me as I’m a Roogter certified historian, I have a postdoctoral fellowship in religious studies, Somford University, I speak Porsian, I speak Saksmrit, I’ve taught Indology all my life to students at Fambridge, and……”. “and I’m God’ the man in white clothes cut her short with the incisiveness that matched that of R Anganathan on NowTimes TV debates.

“Listen God, If you like Dura and not Orangbez, it seems you too are a part of that Sanghi Brahminical patriarchy gang, no wonder you can’t deal with a woman”, alleged Freudsky. Now God was really exasperated with this ill-tempered, foul-mouthed shrew and asked his assistant to take her away. “But… how could you not answer me? I speak Porsian, I speak American English, my accent is better than yours, I rely on only primary sources, I’m a goddamn world class historian..”.

“We here judge people by their deeds and not degrees”, said God and simply glanced at his assistant who knew what to do. The assistant was an astute person and had a knack of handling different weird characters coming from planet earth. He had handled Dhangi and Shub too very smoothly in the past.  He politely guided her out and took her to Orangbez in a remote corner of heaven. Audrei was jumping at excitement and had tears of joy rolling down her cheeks, just like some teenybopper who waited outside Nammat bungalow in Mumbai for months and finally came face to face with her pet star.

Just when Aurdei lunged ahead to hug her lifelong favourite character, she heard a sharp rebuke. “Lahore wala Kuwait! Who the hell is this shameless woman dressed like a man? Can someone ask this shameless lady to cover herself properly and teach her some manners first. Take her away” said Orangbez.

Audrei’s world shattered and she felt more rebuffed than Chasin Lipot felt after being ill-treated by the party leader he and his family had served for eons. Her dejection and dolefulness knew no bounds and she sobbed inconsolably just like that party matriarch cried hearing of a police encounter in Latba Hous, Ledhi.

The clever attendant led Aurdei Freudski ahead and said “Lady, cry not. I have good news as well as bad news for you. The good news is, you’ll forever live in the company of great Morguls”. He winked mischievously seeing Aurdei’s face light up suddenly, he continued “and the bad news is-given your deeds on planet earth, you are going to hell. We had only a 1 day exchange program between heaven and hell, you belonged to hell and were preselected for this exchange. In the interest of saving time, we got you directly to heaven. Don’t worry, your pet Orangbez was also a part of this program, he moves back with you too”!