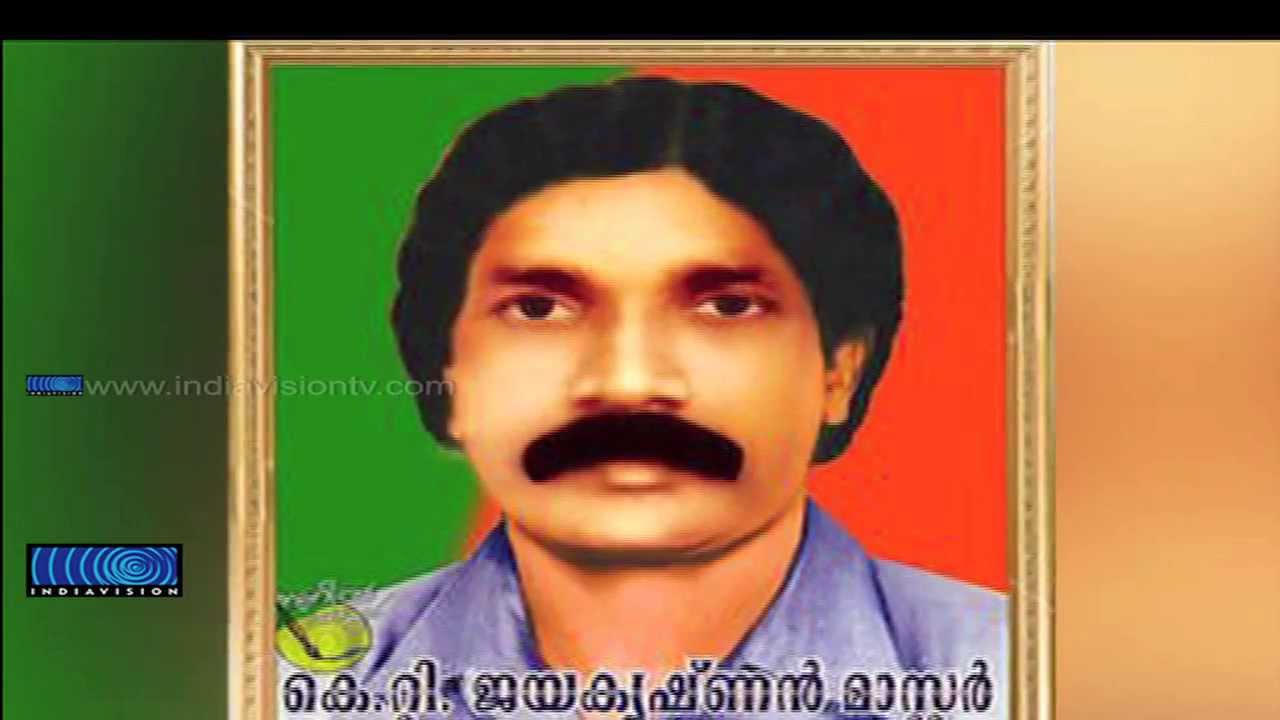 KT Jayakrishnan was teacher of Mokeri East UP School, Koothuparambu near Panur, Kannur district. He was vice- president of Bharatiya Janata Yuva Morcha, Kerala State. His murder is a classic example of the nexus between Party Leadership, Criminals and the Police in Kannur .

On the fateful day of 1 December 1999 at around 10.35 am, while Jayakrishnan Master was conducting classes for students of class 6, the bodyguard (provided by state government of Kerala to protect his life due to threats from Communist criminals) stationed outside the classroom disappeared.

Within minutes, seven CPI (M) goons barged into the classroom. They were armed with swords and choppers and rushed Jayakrishnan Master and hacked him numerous times. Jayakrishnan Master fell on the floor. They continued the stabbing- hacking spree and inflicted more than 48 ante-mortem injuries all over the body as he lay in front of the black board. Blood spattered the walls and the ceiling as the swords rose and fell.

All this happened while the children sitting on their benches watched in horror.

After making sure he was dead, one of the CPM gang-members took a chalk and wrote on the board – “Anyone who dares to stand as witness to this or gives evidence will be killed in the same manner”

With this, the goons left the place in a procession, and walked along the road brandishing blood-stained weapons. The Public and the Police watched in awed silence.

Children (Average age 11 years)  who witnessed the gruesome act  were emotionally scarred and had to go through counselling sessions for many years. 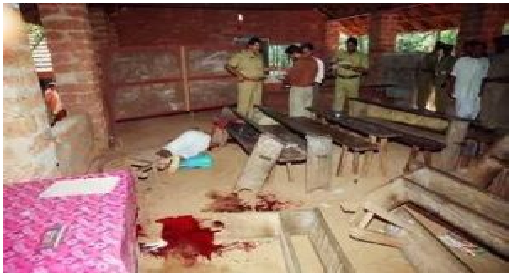 It was in 1996 that BJP’s Kannur district secretary Panniyan Chandran was killed by CPI (M) criminals in front of his wife. Chandran’s death was a body blow to the BJP. But Jayakrishnan Master undertook the responsibility and led the organization in Kannur, with support of another 14 full-time committed party activists. The tireless and committed work of Jayakrishnan Master boosted party activities in Kannur. The increasing public support and dedicated work of Jayakrishnan Master made the CPM very angry and as is done in Kannur, a high level decision was taken to liquidate him.

After Jayakrishnan Master’s murder, the CPM machinery went into overdrive to protect the murder accused. They brought in the highest paid lawyers and ensured that all the killers except one was set free. In a display of sadistic arrogance, the released killers were taken in a procession to the same Mokeri school where they had killed Jayakrishnan Master. On a dais erected in front of the very classroom which was their crime scene, they garlanded the killers with Red. This was done by State leaders of the CPM and the Jayarajans of Kannur and this program was broadcast live on TV. We, in Kerala, watched in horror as the killers of our leader were felicitated while ‘Inquilab’ slogans rent the air.

The only person convicted for Jayakrishnan Master’s death, after his jail term, was made the head of the Parent Teachers Association of the same Mokeri East UP school where he killed the teacher!

The CPM’s victory was complete.

Kannur is stranger than fiction and the truth here lies under  many layers of falsehood. The real Killers of Jayakrishnan Master emerged years later in 2012 (A period of Congress Rule) when the killers of Marxist dissident TP Chandrashekharan were caught. This was the first time that the top tier Murder Squad of the CPM was in Police custody. Under intense interrogation, one of the squad members, TK Rajeesh confessed that it was he and another group that killed Jayakrishnan Master in 1999. Apparently, those charge sheeted by the Police earlier for the murder and let off by the courts were ‘dummies’ supplied by the CPM to the Police to take the blame. The use of such dummies by the CPM is widespread in Kerala, especially in Kannur.

After every murder, the real culprits, prolific killers of the party disappear, and the party ‘surrenders’ its own cadre who have solid alibis at the time of the crime for the police to ‘chase and arrest’. Such party members will be immediately produced before the magistrate and remanded. No hard questioning will be done. Such an arrangement suits the Police and the ruling CPM as it gives the impression that the law and order machinery is efficient.

The Party will privately rewards its dummies and their families with huge amounts. After three months, the Dummies will be granted bail with the public prosecutor putting up a lukewarm opposition to the bail request. When the case reaches the court, the dummies will walk free since they will have their alibis at the time of the crime. Meanwhile the Party’s death squads will be free to carry out further ‘operations’.