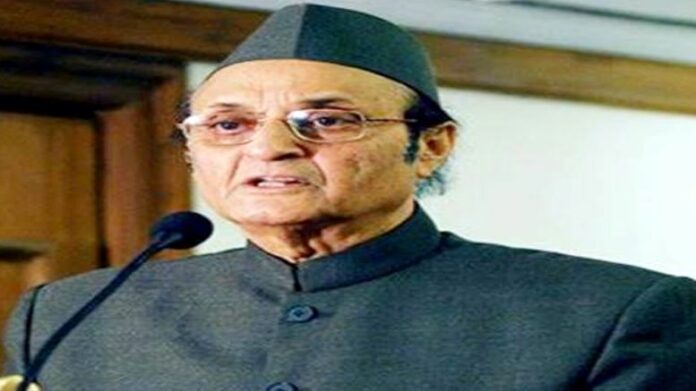 Veteran Congress leader Karan Singh has issued a statement on the ongoing Rajaraja Chola controversy in Tamil Nadu. Dravidianists have been propagating the myth that Cholas were not Hindus despite the fact that inscriptions left by Chola kings leave no doubt regarding their Hindu identity.

Singh terms the statements saying Rajaraja Chola wasn’t a Hindu king as absolutely ridiculous. His statement dated October 7 highlights that Bhagwan Shiva is the primordial Hindu deity who has been worshipped by millions over the millennia from Srinagar to Rameshwaram. Singh pointed out that the Brihadeeswara/Rajarajeswara temple commissioned by the great Chola emperor and dedicated to Bhagwan Shiva is one of the greatest Shiva temples.

Terming the semantic gymnastics as unacceptable, Singh’s statement says “To say that he (Rajaraja) was a Shaivite and not a Hindu, is like saying someone is a Catholic but not a Christian”. He also opined that even though the word Hindu may have got traction later, Bhagwans Shiva, Vishnu, Hanuman, Ganesha, Devis Mahakali and Mahalakshmi have been part of Sanatan Dharma. He asked people to dissuade from creating division between the three main streams of Hindu Dharma, namely Shaivism, Vaishnavism, and Shaktism.

The controversy erupted after director Vetrimaran claimed that Rajaraja Chola wasn’t a Hindu. Kamal Hassan, who earlier spread the word of Christ and is suspected to be a crypto-Christian, jumped to the director’s aid by seconding him and saying the Hindu Dharma didn’t exist during the Chola era. These statements have come in the background of Mani Ratnam’s latest venture Ponniyin Selvan-1 based on writer Kalki’s book by the same name on the Chola dynasty.

“Rajaraja Chola was not a Hindu king. Our symbols are constantly being snatched from us. Saffronising Thiruvalluvar or calling Rajaraja Chola a Hindu king is the latest example of this. Cinema is for the common man, so it is important to understand the politics behind it”, earlier Vetrimaran had claimed at an event.

Singh’s statement comes in the background of BJP leader H Raja’s counter where he highlighted that one of Rajaraja’s titles was Sivapadasekaran confirming the emperor’s Hindu roots. Twitter users also ran the trend #CholasAreHindus to school the Dravidians.

Dravidian politics is based on Hindudvesh (Hindu hate) where such baseless statements are made despite evidence to contrary. This trick is also employed by the Abrahamo-leftist cabal where they either disassociate Hindu kings from their Hindu roots or discredit them when they fail in the former.