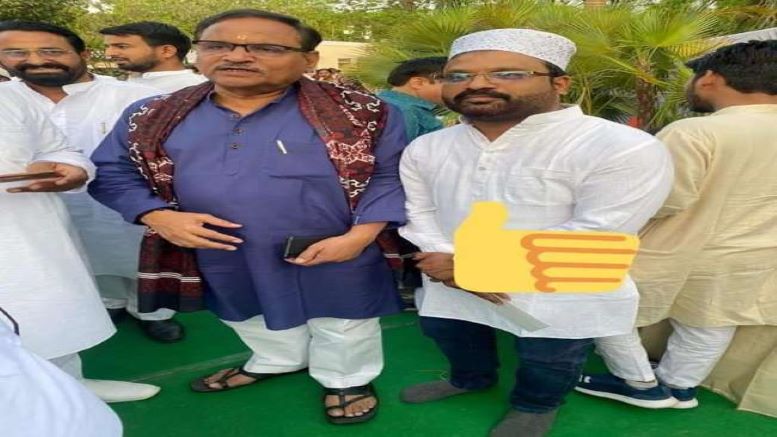 BJP MLA Pratap Singh Singhvi stated that a riots accused person getting easy access to the CM’s residence is a security threat. Hasadi is the main accused of April 11, 2021, Chhabra riots. He was jailed in connection with the case and is currently out on bail. Singhvi said that the accused had been spotted with Congress leaders several occasions after he got bail. BJP State unit’s former president Arun Chaturvedi accused Congress of siding with criminal elements.

OpIndia report on the riots said:

…Kamal Gurjar was buying fruit at an intersection when Fareed, Aabid, and Sameer came on a bike and asked him to move his vehicle. When Kamal requested him to park somewhere else, the trio started arguing with him.

One of them pulled out a knife and started attacking Kamal during the argument. Rakesh Nagar, one of the shopkeepers, ran to Kamal’s rescue with a baton. Two more men from the other community joined the trio and injured Kamal and Rakesh. As it was five against two, Kamal and Rakesh could not save themselves from the attack. More shopkeepers ran to their rescue, after which the men from a particular community ran away. Both Rakesh and Kamal were rushed to the hospital…

…over 79 shops and showrooms belonging to the Hindu community were burnt down during the riots. We had also reported yesterday that there were several incidents of stone-pelting on the police force by the Muslim mob as well.

Dainik Jagran reported that Congress leaders didn’t respond to its calls for comments.