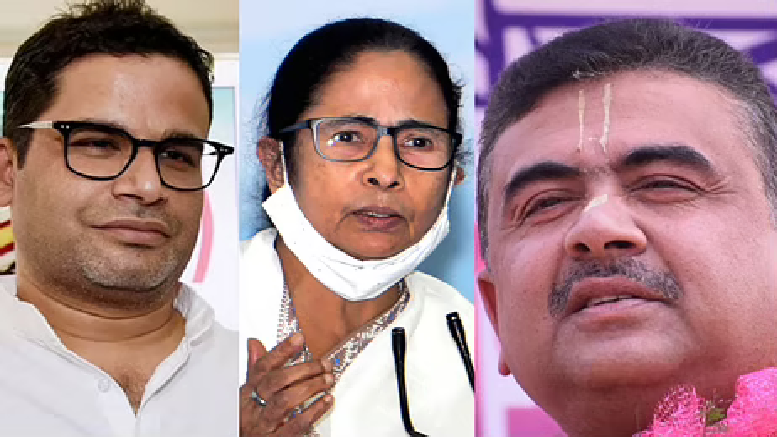 The situation is getting tougher for West Bengal Chief Minister Mamata Banerjee. TMC heavyweight Shubhendu Adhikari on November 27 2020, tendered his resignation as a Cabinet Minister. Weeks after that he has now quit the Trinamool Congress as an MLA.

He was TMC MLA from Nandigram Assembly Constituency. He had also left the chairperson’s post of the Hooghly River Bridge Commissioner’s (HRBC) two days back.

On Wednesday, he resigned from the legislature and drove for two hours to reach the house of party MP Sunil Mandal at Kanksha in West Bardhaman district. Rebel TMC leader Subhendu Adhikari held a closed-door meeting with disgruntled leaders of the party including Mandal and Asansol civic body chief Jitendra Tiwari.

Chattopadhyay claimed that almost 60 MLAs from TMC will join BJP. Sunil Mandal will make the final list of members from East and West Bardhaman.

The TMC leadership refused to attach much importance to this development. TMC MP Kalyan Bandopadhyay said that “After enjoying the benefits for so long, he has left. Good for us. It is better to have an empty cowshed than have an evil cow in it. The faster he leaves the party, the better.”

Sougato Roy, another Lok Sabha MP who was given the task of negotiating with Subhendu Adhikari, said “Shubhendu Adhikari has betrayed the party….. I do not know what deals the BJP has struck with him but we were expecting this and it is not a setback for us.”

Sunil Mandal expressed his dissatisfaction with Prashant Kishore for preparing the party’s strategy for next year’s Assembly Elections. Assessing Kishore’s organisation I-PAC, he said “Those who are talking about rebellion are saying that they are upset to lose their hands on the ground and are now being forced to raise their voices. The Party is not reforming itself. This seems to be the cause of everyone’s anger. The people from I-PAC are giving instructions to the leaders. The pole strategist Prashant Kishore’s organisation Indian Political Action Committee (I-PAC)is ruining the party.”

“Subhendu Adhikari is a good leader and has strong mass base. It will adversely impact TMC in polls if he deserts it. There is a drift in the party. There are a lot of problems in the party and the leadership has failed to address it. The party leadership is saying old timers and newcomers have to work together but nothing has happened in this regard,” Mandal, the two-time Bardhaman Lok Sabha MP said.

Adhikari went to the Assembly building and submitted the handwritten letter at the secretariat as speaker Biman Banerjee was in Baruipur and not in his office. Banerjee on Thursday informed that Adhikari’s resignation as a legislator has neither been accepted or rejected yet, “Unless his resignation is accepted, it shouldn’t be said that his chair as a legislator has been dropped.”