Rajini was unsuited to act on political stage 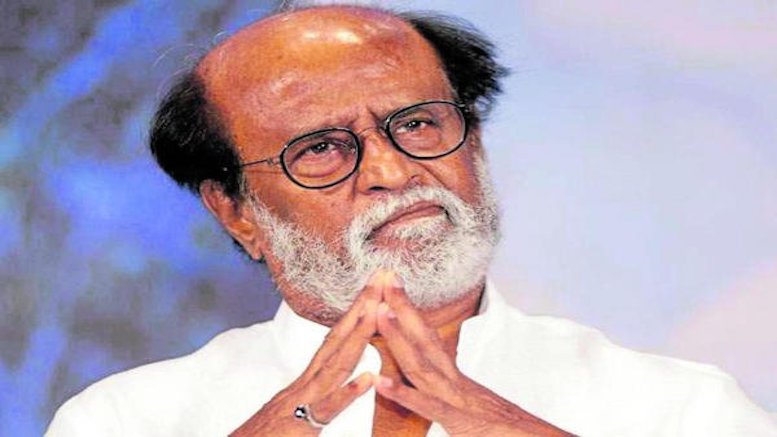 Nascent hopes that the upcoming 2021 polls in Tamil Nadu would have helped the state come out of the long and dark tunnel of self-perpetuating Dravidian politics were dashed sooner than expected. Superstar Rajinikanth’s abrupt decision not to launch his party at the eleventh hour is bound to have disappointed legions of his fans. Sceptics familiar with the actor’s vacillating ways, however, ended up having the last laugh. “We told you so,” they said.

Back then it is to the merry-go-round of 50 years: DMK versus AIADMK. The advantage on paper reverts to the former given the uncertainty of who is number one in the ruling regime. The biggest loser is the BJP which was looking for a chance to make a goodly splash in the warm waters of the state’s politics. Rajini’s entry could have tipped the balance in favor of the AIADMK given the BJP’s understanding with the leading lights of Amma’s party on one hand, and Rajini on the other.

The immediate reasons cited by the 71-year-old actor for backing out in his letter was a health “warning given to me by the Lord”. Had the warning been served a month ago it would have saved him much embarrassment. Especially since there was absolutely no deterioration in Rajini’s fitness parameters since he announced the date to plunge into TN’s political cesspool.

The precariousness of Rajini’s health has a decade long history. The dialysis which he had been undergoing since 2011 ended in a renal transplant in the US four years ago. The elaborate explanation in his three-page letter on the circumstances which led him to opt out while shooting for a film in Hyderabad after a wake-up call on the threat posed by Covid-19 was a sympathy garnering diversion.

It was on 31 December 2017 when Rajini first made a public declaration of his intention to make his grand entry into politics. The actual announcement was to have been made before Pongal ie. January 14. Democracy, he said, was in bad shape, and needed to be saved. Much like the crown of France which Napoleon “found lying in the gutter” on returning from Egypt in 1798, the Tamil state awaited its next Thalaiva (Leader) in 2021 now that Jayalalitha and MGR were dead. But unlike Napoleon who “picked up the crown with the tip of this sword” even though it took him all of five years to settle it around his temples, Rajini was not destined to slip into MGR’s shoes with or without the accompanying flip and flick of his magical cigarette.

The actor instead kept signing film after film, even found time to go on a spiritual retreat to the Himalayas. In the first few weeks of going public with his political ambitions, the actor converted his informal statewide fan club into a formal association called the Rajini Makkal Mandram (RMM) whose members would serve as his frontline political soldiers. Office bearers and functionaries were duly appointed to give the body a modicum of credibility.

A thick veil of silence descended on the Rajini camp for the next few months. Signs of even subterranean activity went undetected. TN has over 60,000 booths but everyone was clueless on how he intended to have them manned, identify 234 candidates, and build a poll winning machine before making the short but difficult leap from the film studio to the chief minister’s chair.

Suddenly around October 2018 Rajini claimed in public that 90 per cent of the spadework on launching his party had been done. The sweeping declaration flummoxed even his closest counsellors. The statement was later decoded as nothing but a stratagem to keep the hope of his fans alive. Backing the Centre’s move to deactivate Article 370 with the remark that Narendra Modi and Amit Shah were like Krishna and Arjun added further grist to the rumor mill. Hopes of a Rajini-BJP alliance soared.

When the ranks of doubting Thomases began to swell, the state BJP came out all guns blazing in Rajini’s defence. Offered was the specious explanation that the actor was working at a feverish pitch to get his film assignments over and done with to enable him to give full attention to the party launch for which there was still enough time. Of greater relevance was the convergence of their mutual goal: giving Tamil Nadu a graft and scam-free government.

Those in the know say that left to himself Rajini may have opted out much earlier. RSS ideologue and Thuglaq editor S. Gurumurthy (better known as Guru), however, was determined to bring the actor into the political fray to keep out the “gang of robbers” in the AIADMK. It was on Guru’s recommendation that the head of the state BJP’s intellectual cell, Arjuna Moorthy, was made to quit the party and made Rajini’s political coordinator, a decision he must now be ruing at leisure.

Rajini’s other coordinator, Tamilaruvi Manian, head of the Gandhi Makkal Iyyakam, was so emotionally over-wrought with the actor’s abrupt decision that he himself decided to quit politics. Manian, a powerful orator and scholar, had in a signed article for Dinamani magazine compared Rajini’s modesty and kindness with that of Krishna, Jesus, Mohammad, and Gandhi. Rajini, he wrote, was the last hope of his political life. Which, alas, was also destined to be shattered.

In the letter announcing his decision to quit politics he said, “There is nothing left for me to achieve in this politics where there is no difference between an emerald and a pebble. It is only wise of me to stand apart from the political arena that does not appreciate my honesty, purity and discipline.” A cursory look at his career, however, would suggest that Manian, a disciple of TN’s foremost political icon, K Kamaraj, was as unsuited to politics as the man he was serving. His has been a life of flipflops.

Late realization may have dawned on Rajini that politics was not a cakewalk even for superstars. It took MGR 24 years in politics before he became CM. His stardom undoubtedly helped him ascend the ladder of power, but it could scarcely have been accomplished without his passionate commitment to the original cause of the Dravida Kazhagam. Ditto Jayalalitha who was also on probation before MGR’s premature demise gave her the chance to snatch power from his widow in 1989. Jaya was the party’s propaganda secretary at the time of MGR’s death.

Those who ridicule the influence of actors in TN politics are ignorant of the reasons. Tamil films of the fifties and sixties, their script and dialogue writers, and the actors who mouthed them, played a central role in spreading Periyar’s political consciousness, howsoever retrograde and destructive it proved to be in the long term. Back then the stories told on celluloid were regarded a rebellion against caste injustices.

Both MGR and Amma were “outsiders” but carved a niche by digging their heels in TN’s political soil. Both had no home borough per se. In fact, they changed their seats twice or thrice to help the party spread its influence in a region it was perceived as weak. Their public persona overrode the caste barrier, if any. Bangalore born Rajini is also an outsider. But he would have been hard put to find a safe seat sans political experience despite his humble beginnings as a coolie and bus conductor.

A network of film fans, howsoever dedicated, cannot guarantee electoral success to its star leader, much less the party he leads. This is the main reason why the AIADMK remains organisationally weak compared to the DMK. The shortcoming may not have mattered much in Jaya’s lifetime given her cult like image, but it is bound to show up now that she is gone.

All that can be said in retrospect is that even good men in politics need to prove their political mettle before they aspire to top positions of power. Goodness by itself is no qualification. Posterity in the words of Congressman Abhishek Manu Singvi will remember Rajini as the only leader who exited politics before entering it. This is fully in keeping with the hero’s image image of always achieving the impossible.

Will focus on strengthening saffron party in south: Yediyurappa