Effective policing is the foundation of internal security 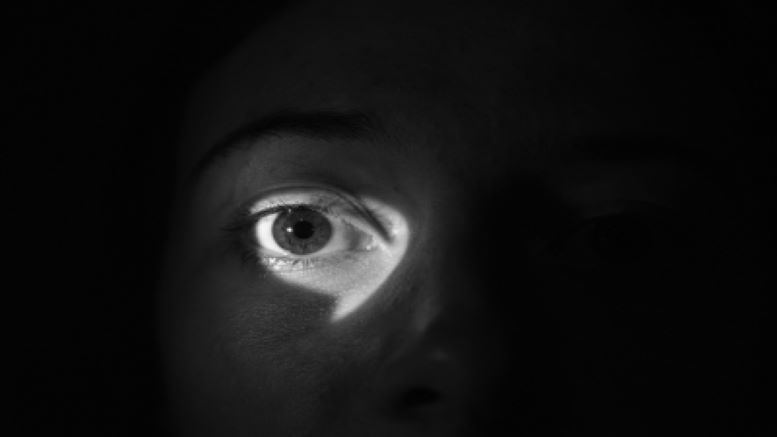 An important lesson drawn by Bharat from the ongoing pandemic is that strict crime control and maintenance of law and order are needed to protect the nation from many of the newly emerging threats to internal stability and security. At least five such points of concern can be identified and they all can be said to be creating vulnerabilities that facilitated the work of enemy agents and adversarial forces.

First, digital frauds that entrapped innocent citizens and could possibly be used for the nefarious plans of the enemy in some cases, have multiplied in this period and deprived a very large number of ordinary people doing digital banking — believing it to be safe and convenient — of their meagre resources. Secondly, anti-social elements among the youth who have become active across the country for the twin reasons of economic downturn and a reduced police presence, are providing fodder to the agencies of our adversaries for ‘talent spotting’ and diversion towards anti-national pursuits. This is a matter of particular concern in the area of internal security.

Third, foreign-based lobbies have tried to merge into the opposition voices on such current issues like the breakdown of the medical care system, shortages of vaccines and other medical supplies as also the alleged neglect of the poor during the pandemic, to build a narrative against the government of the day. This has since developed into a political war ‘by proxy’. Further, a distinct trend is the rise of agitational politics that aimed at projecting the Modi government as a violator of freedom to protest and human rights and as an ‘intolerant’ regime that could not bear with criticism — it did not matter to the critics that this charge was not well-founded and that the narrative went beyond the normal political critique to create an environ of instability about the country’s governance itself.

And finally, a highly uneven situation of law and order prevailed in the country primarily because of the subservience of the administrative machinery concerned to the political pressures of the state rulers, leading to a serious erosion of what was the sovereign duty of the police in a democratic state to serve the law-abiding and deter the potential offenders. The entire gamut of these dangers needs to be examined quickly for remedial measures. The Centre has to find a way of providing strong democratic governance to the people of this large nation within the federal structure of the country — but without letting centrifugal tendencies come in the way.

It became clear during the Covid months that cases of hacking of phones, credit-debit cards and other vital data for committing financial frauds were booming and targeting even ordinary people with limited resources who relied on online transactions because of the pandemic restrictions. The situation calls for a national drive to identify and neutralise illicit SIM cards which are being used by criminals as weapons. The menace has become large and draws a parallel with the situation in some freedom-loving developed countries where control on the sale of automatic firearms was now being actively considered.

The issue of SIM cards freely may be an indicator of socio-economic progress but in the Bharatiya context, it is greatly helping criminals and anti-national elements too — because of which there is a spurt in digital crimes against the common man. Telecom companies would better verify the identity of the purchaser beyond the Aadhaar card by recording his or her double thumb impression so that in the event of a fraudulent transaction, reported through an unknown number, the owner of that SIM can be reached by the cyber police investigating the matter.

Gangs of criminals have acquired thousands of SIM cards to operate through the length and breadth of the country. This can overwhelm our legal machinery unless a deep biometric identity of SIM customers was made mandatory. The Centre must also respond quickly to evaluate the working of cyber police stations and pool the feedback given by them to make the system more effective. These police stations must be already having seamless communication with their counterparts across the country and the legal action initiated by them to locate a suspect number should not be allowed to be hampered by the issue of state jurisdiction that restrictively defines law and order responsibility in this country.

Bharat for a variety of reasons is becoming overladen by youth who did not add to ‘demographic dividend’ — being neither educated nor skilled — and who were becoming prone to ‘coming on the road’ especially because of the destruction of jobs that had occurred at the lower lines of the economic pyramid on account of the pandemic. This has happened across urban and rural Bharat and accounts at least partly for the ongoing rise in local crimes like snatching, ATM robbery, sexual assaults on minors of the vicinity, thefts and public brawls.

Bharat’s law emphasised the need for the police station to keep in touch with the ‘localities’ and have a fairly good idea of the ‘idlers and loiterers’ who inflicted themselves on public spaces at odd hours and indulged in lawlessness on the slightest pretext. In suitable cases, they could be put on a bond for good behaviour.

It is not easy to exercise this type of control on the crime situation but Bharat has to quickly move towards an effective local presence of the police and closer monitoring of the villages and urban neighbourhoods to provide confidence and safety to the law-abiding citizens. The strategic approach to the problem of course would be to provide the youth with skill training free of cost and create avenues of employment for them for sustenance. This is a huge challenge for the Centre-state combine — it has been made more daunting because of the pandemic. The Modi government at the Centre has adopted a perceptive policy of economic revival by giving the call — ‘vocal for local’ — that suits Bharat’s genius and helps to build the base of our economic pyramid.

The return of the BJP regime at the Centre with a much larger majority in 2019 and the splintering of other parties led to the trend of opposition taking to campaigning against the government outside of the Parliament and that too not on policies so much as on the persona of the Prime Minister and his allegedly ‘authoritarian’ style of governance. Lobbies at home and abroad including left-liberals, human rights activists and advocates of ‘secularism’ focusing on minority-majority divisions, have got into the domestic politics and started promoting street agitations and disruptive narratives as an expression of ‘freedom’.

The response of the Modi regime has to be a calibrated one — putting the facts of policy execution before the people and not letting anybody cross the line of violation of public order, incitement to public violence and erosion of the public sentiment on national integrity.

There is little doubt that the people of Bharat give credit to Prime Minister Modi for being upfront and bold about making decisions to deal with the pandemic — a disaster that had come unannounced. He was himself leading the effort to contain the breakdown of health infrastructure and organise vaccine production. It is necessary that the administration at the centre and in the states came on the same page in interpreting what was part of democratic rights and what amounted to taking to the ‘politics of the street’.

We are passing through times when the leadership of the civil administration and the police ought to realise the importance of their crucial apolitical role in sustaining democracy and safeguarding internal stability and security without coming in the way of the sovereign right of the elected political executive to frame policies and adopt legislative measures. Hopefully, Bharat’s judiciary can maintain the constitutional balance of power amongst the known ‘pillars of democracy’.

The multiplicity of political parties, all wanting to mop up followers wherever they came from, does complicate the problem of governance but there is no getting away from the fact that states cannot be allowed to weaken the law-and-order situation in the country which can, among other things, spoil the prospects of investment and economic growth. The centre has to find within the federal system a method of monitoring the performance of the state administration and police on the maintenance of law and order — tracking the performance of IAS and IPS officers on this front can be a good initial move. These All India Civil Services were created to take care of the law-abiding people and in particular improve the working of police stations which are the first place of call for a distressed citizen.

Modern Bharat cannot be run with a flawed administrative and police setup. Corruption at the lower echelons only puts ordinary citizens in difficulty about running their life peacefully. Effective governance cannot be there unless the administrative and police machinery at the local level is freed of corruption — this, unfortunately, is not happening because of the lack of attention of the state governments towards the all-important issue of law and order.

This is all the more a reason why the centre must acquire a firmer grip on the working of the IAS and IPS officers who are a major instrument of the nation for providing clean and firm governance in the country as a whole. Internal security is linked with that at the strategic level.