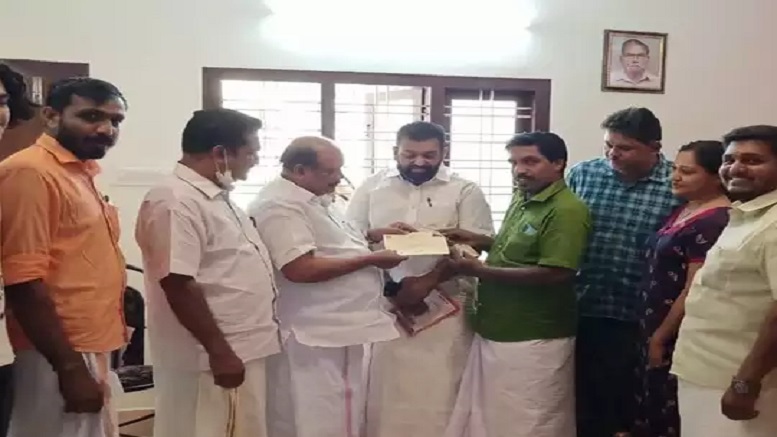 PC George a six-time MLA from Poonjar near Pathanamthitta in Kerala has bluntly come out against jihadi elements and minority radicalization in Kerala. He is also the only Independent MLA in the 140 seats of the Kerala Assembly. In a television interview, he brought out issues that plague secularism in the state. PC George has worked with the BJP, the Congress, and the left-leaning parties in the past. This is what he had to say:

“80% of Muslims are true seculars while the remaining 20% are jihadis. They are the ones who are real trouble starters. The Indian Union Muslim League (IUML) which was a secular party is now under the control of the jihadis. Their decision to field E T Mohammed Basheer instead of the originally planned candidate M K Muneer in the 2019 Lok Sabha elections was due to the jihadi influence in that party.” (Muneer, a doctor, is considered a moderate personality in the IUML)

George goes on to ask who destroyed the World Trade Centre in the US. The anchor answers that it is Al Qaeda to which George replies that Al Qaeda agents have an active presence in Kerala. (recent arrests by the NIA point in that direction).

The anchor Arun (another HINO – Hindu in name only – and a communist puppet) from the  24 News channel, a known Hindu baiter, tries hard to malign Hindus throughout the interview. Arun counters George by saying that there are ‘bigots amongst the RSS cadre’ to which he gets apt replies from George.

When Arun tries to insinuate that Hindu right-wingers started the Gujarat riots, George informs Arun that it is the other way around. It was the jihadis who attacked first to which naturally the Hindus retaliated and the Muslims had to bear the backlash. George states what many secular Hindus have failed to address which is who the real aggressor is and how they provoke riots.

George goes on to add that Bharat is a Hindu-majority country and that is exactly why the minorities are able to live here peacefully.

Last month George had contributed to the proposed Ram Mandir construction at Ayodhya and faced a backlash from the local Jihadis. George replied that he had donated happily knowing exactly what he was doing. He handed over the contribution to RSS Kottayam Seva Pramukh, R Rajesh in the presence of other Hindu leaders. He also criticized the double standards of Congress leaders.

Earlier, Eldhose Kunnamppilly the Congress MLA from Perumbavoor had backtracked after donating to the Temple cause allegedly coming under pressure from Jihadi Islamists in the SDPI. Back then, Eldhose even apologized claiming that the RSS workers who had come to collect the donation misled him. He claimed that they collected the amount informing him that the donation was for ‘some Temples’.

An educated man like him misunderstanding a receipt that clearly shows a photo of the proposed Ram Mandir is absurd, to say the least. The sudden volte-face came after SDPI jihadis burnt effigies of the MLA in many places around Ernakulam. Intimidation clearly worked and the pseudo-seculars like Eldhose backpedaling were seen as the ideological bankruptcy of the Congress party.

Eldhose then went on social media to apologize and even wanted the RSS to apologize to the Muslims! He went on to rant about the CAA and the RSS.

PC George later explained what was happening in a Facebook post. This is what he had to say.

When speaking at Popular Front or Muslim platforms, neither the Hindus nor the Christians called me communal nor was I called so when I donated to other places of worship. I was criticized when I held a T-Shirt with a photo of Narendra Modi. I was attacked when I criticized M F Hussain when he drew nude photos of Sita Devi.

When I stood up to protect the rituals at Sabarimala, I was branded RSS and a section of Mullahs issued Fatwas against me. When we stand with them (Muslims) we are secular and when we defend other faiths we are branded racially. Some leaders might stand for such policies to gain a few votes but not Plathottathil Chacko’s son George.

It is time for some ‘secular’ Hindu leaders to take a leaf out of PC George’s book and speak the truth.