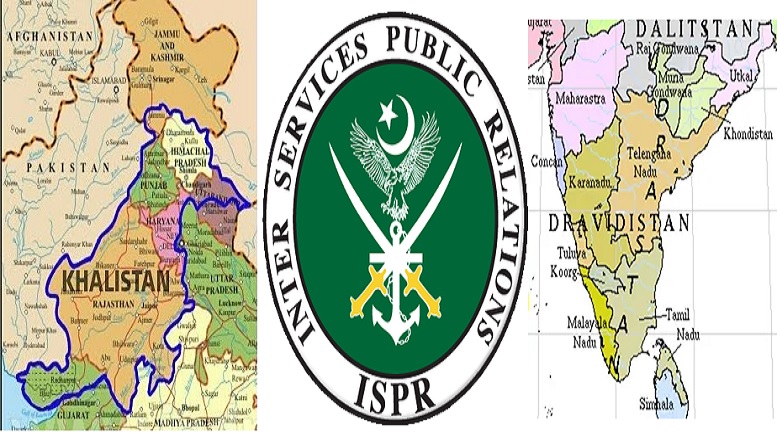 After the recent “Toolkit” issue, a name which Delhi police mentioned [1] as part of the conspiracy to foment unrest in Bharat is Pieter Friedrich. They mentioned that he was under the radar of intelligence agencies since 2006 for his association with Pakistan ISI. Almost all anti-Bharat and anti-Hindu activity in North America, specifically in the US would have him with his hands in the cookie jar.

Disinfo Lab, an Open Source Intelligence (OSINT) organization did an extensive study of this man who the police claims to have conspired to create the insurrection at the Redfort on Bharat’s Republic Day. The day where attempts to pull down the national flag and host a Sikh religious flag was made, and several hundreds of policemen were injured by sword wielding “protestors”.

Pieter Friedrich according to their report titled “The Unending War : Form proxy war to infowar against India”[2], is a close associate of Bhajan Singh Bhinder alias Iqbal Choudhary who was a co-conspirator in a foiled terrorist attack on Bharat in 1982. Bhajan Singh has been under the radar of the US DEA (Drug Enforcement Administration) for transnational drug smuggling, DVD piracy, and has been wanted in an arms smuggling case for trying to smuggle weapons into Bharat in 1992.

Bhajan Singh cultivated Friedrich, a former Christian Missionary as the “white face” for the information warfare of Pakistan’s K2 (Kashmir-Khalistan) desk by creating multiple personas for him, one being that of a “South Asian Expert”.

Bleed Bharat by a million cuts

Bleeding Bharat by a thousand cuts has been Pakistan’s long held strategy. With the new age cyber info war, the cuts have multiplied to a million. Every secessionist group’s voice is amplified by Pakistani megaphones on the internet. When the Bharatiya Prime Minister Modi hosted the Chinese President Xi Jinping at Mahabalipuram in Tamil Nadu, the hash tag #GoBackModi was trending on social media. Some “activists” associated with the political party DMK which is known for its secessionist views held banners and posed for photographs. Tamil media picked it up and reported it as if it was the people’s sentiment. A consent was manufactured. It was then found that this trend originated from Pakistan[3].

While the “tweet storm” was happening, Pakistani media immediately started reporting on it with photos of the activist who was presented as the local face.

The goal in this particular incident was to kindle Davidian secessionism among the Tamils. Peter Friedrich’s role in the Greta Toolkit was also to help in creating such tweet storms to kindle Khalistan secessionism, while damaging Bharat’s image globally.

There have also been several instances in the past where Pakistani media including its public broadcaster has propagated the views of Dravidian secessionist entities.

Pakistan sees Dravidian secessionism as useful to exploit. In 2019, Veeramani of the Dravidar Kazhagam, the parent organization of DMK visited the US. Bhajan Singh and Pieter Friedrich hosted him in California in an event commemorating the 141st birthday of E.V. Ramsamy, the British collaborator[4] and founder of Dravidar Kazhagam.

Posters were put up across the San Francisco Bay Area announcing the event.

This event also got some media coverage in local diaspora web news portals. The usual anti-Brahmin rhetoric was part of it. The news report mentions a book co-authored by Pieter Friedrich and Bhajan Singh which “describes Periyar as a great Mulnivasi leader” who “arose to further challenge Brahmanism”[5]. The well informed would know that this is the usual Dravidianist propaganda. M. Venkatesan, a scheduled caste leader, has written a book [6] busting these lies and exposing the fact that E. V. Ramasamy was actually anti-Harijan.

If the Delhi Police’s claims that the Bharatiya intelligence agencies had Pieter Friedrich on their radar since 2006, it makes one wonder how he and the ISI operative Iqbal Choudhary could operate openly with such impunity.

Dravidian movement’s link with Pakistan goes back long into the past where E. V. Ramsamy asked Jinnah’s help[7] to carve Dravidistan out of Bharat.

The Dravidian Movement has never shied away from opposing Bharat’s independence from colonial British rule. Senior journalist and public intellectual Kolahala Srinivas summarizes E. V. Ramasamy’s ideology as “Anti-Indianism, Anti-Indian unity and Anti-Indian Nationalism”[8]. He cites the works of the Marxist writer Ko. Kesavan to arrive at this.

The Dravidar Kazhagam celebrated 15th August 1947, the day of Bharat’s independence from colonial rule as a Day of Mourning.

E. V. Ramasamy had also fiercely advocated for complete abandonment of Tamil and replacing it with English, a project which British colonists had accomplished with great success in North America against the Indigenous People.

Hence, it is only natural for all the forces which support the breaking up of Bharat to support secessionist movements like the Dravidian movement. It is not known if Pakistan’s support for the Dravidian movement is restricted to “tweet storms” or if it also includes financial and logistical support on the ground. Did Veeramani know of Bhajan Singh’s background when he was hosted by him in California? The onus is on Bharat’s security agencies to find out.

(This article was first published on the author’s blog on February 22, 2021 and is being republished with consent)