‘Opposing’ Parties And The Freedom Of Speech and Expression 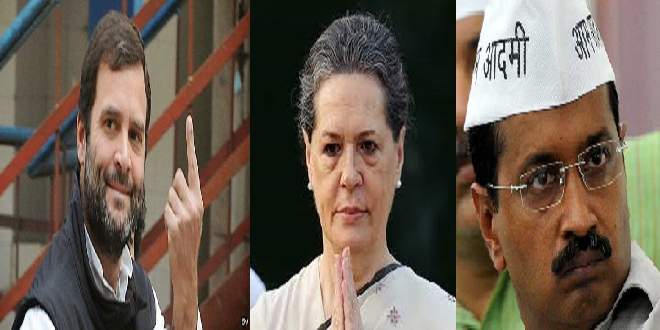 Bharat’s Constitution grants complete freedom of speech to Parliamentarians (and members of state legislatures). Under Article 105, nothing that is said by a Parliamentarian can be challenged in any court of law. The founders of this nation granted such a rare privilege, not bestowed on any other institution in the country, with the hope that the occupants of the august institution will use it for communicating without any inhibitions or barriers, in executing their duties — even as they carry the important burden of running the nation.

Over the years, the exercise of this privilege has gotten more and more reckless. After the NDA government came to power, for the second time, in 2014, the opposition parties have turned into ‘opposing’ parties — with the single minded goal of opposing everything that the Government does. This has been especially evident in Parliament.

The need to block Parliament from functioning — thereby ensuring minimal legislative work is done by the Modi Govt — has translated into some unique manifestations of ‘Freedom of Speech and Expression’ by Congress and the rest of the opposition parties. Here are few examples some interesting patterns we’ve seen in the past 4 years.

December 2017: Sachin Tendulkar — Bharat Ratna — made a rare appearance in the Rajya Sabha, on December 21 2017, and stood up to make his first ever speech on his area of expertise — Sports. However, Congress found it to be the right occasion when they had to register their ‘protest’ against some comments made by PM Modi against former PM MM Singh. They threw a multitude of bouncers against the cricketer and ensured he never spoke.

Freedom of Speech through Sloganeering

December 2015: Sri Subramanian Swamy went to Court over the National Herald dealings. The Court decided the petition was worthy of being accepted. Congress decided the nation had to pay a price.

Freedom of Expression: Rocket-men of Parliament

August 2015: The opposition decided there were ‘various issues’ occurring in the country that warranted the attention of the ruling party. They decided to ‘throw’ their concerns at the chair so the nation realises the gravity of the ‘problems’. Result -> paper missiles pelted at the Deputy Chair of the Lok Sabha.

Freedom of Speech: Listen by Heckling

February 2018: There were many questions Congress wanted answers for — the Rafael jet deal, the ‘unemployment’ problem in the country, attempts at rewriting the Constitution and so on. So when PM Narendra Modi decided to address the Lok Sabha, the Congress MPs decided to listen to the leader of the house in the most unique way — they drowned themselves under the noise of their own heckling. It didn’t matter that they stood no chance of hearing anything — even to figure out if the PM answered their ‘questions’ or not.

February 2018: The Prime Minister had launched a scathing attack on their party just a few hours ago in the Lok Sabha. Stunned with the ferocity of the tirade, the Rajya Sabha MPs of Congress decided they will ‘cackle’ the PM during his Rajya Sabha speech.

Result: PM Modi ended up reminiscing days of the Ramayana serial on Doordarshan.

The repeated misuse of the privileges granted by the Constitution have ended up lowering the ‘maryada’ of the highest, and most sacred, institution of our democracy. Citizens log into their TV sets in the hope of witnessing their elected representatives discuss and debate issues and make laws for the benefit of the country. All they end up seeing is Parliamentarians making a mockery of the privileges granted to them, and taking the nation for a ride.

(This article first appeared on medium.com, and is being reproduced with consent of the author.)