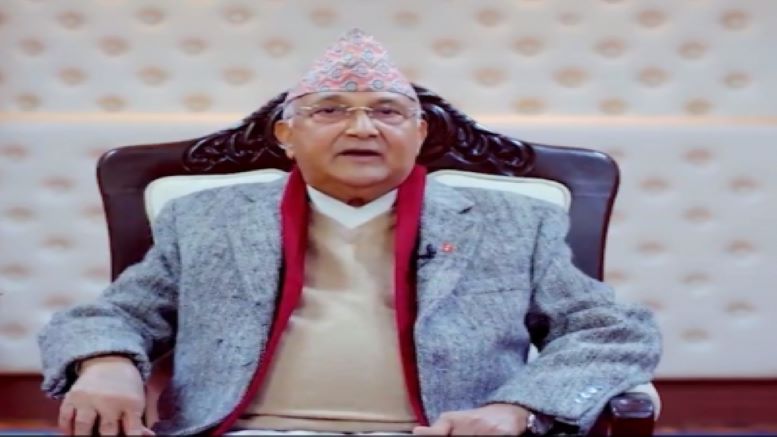 In a visible sign of turbulence in their relationship, the visiting Chinese delegation led by Guo Yezhou, a vice minister of the International Department of the Communist Party of China (CPC) was accorded a frosty reception at Kathmandu’s Tribhuvan International airport on Sunday.

Only the Chinese ambassador to Nepal Hou Yanqi was at the airport to receive the visiting delegation that arrived by a regular Air China flight. No one from the Nepali side was present to welcome the Chinese guest at the Tribhuvan International Airport, The Kathmandu Post reported.

Guo air-dashed to Nepal to make a last-ditch effort to reunite the Nepal Communist Party (NCP), which is on the verge of an irreconcilable split driven by the coalition’s two major factions-one led by Prime Minister KP Sharma Oli and the other headed by Pushpa Kamal Dahal, known by his nom de guerre Prachanda.

Later in the evening, the visiting delegation met Oli, who was accompanied by the finance minister and party general secretary Bishnu Poudel, The Kathmandu Post reported. The meeting lasted over two hours.

The Hindustan Times, citing Nepal watchers is reporting that President’s Xi Jinping’s CPC wants the PM Oli-led government to rescind the presidential order dissolving parliament and has offered to use its influence with the rival faction led by Prachanda and Madhav Nepal to get them to back off and guaranteed that he would be able to complete his five-year term.

It added that the buzz in Nepal’s political circles is that PM Oli stood his ground and indicated that he would rather let the Supreme Court take the call on the presidential order. Five judges of Nepal’s top court have started hearing dozen-odd petitions filed against President Bhandari’s order dissolving the House of Representatives.

PM Oli is also learnt to have pointed to his previous discussions with ambassador Hou who at one point, wanted him to step down, and asserted that it would not be possible for him to roll back his cabinet’s recommendation.

On Monday, the visiting delegation held a detailed discussion with Prachanda and former Prime Minister Madhav Kumar Nepal, who is part of the Prachanda camp.

China is concerned with the disorder in the NCP as it has invested considerably in Nepal over the past few years, in a bid to structurally integrate Kathmandu within its Belt and Road Initiative (BRI). Nepal has emerged as one of the battlegrounds of the new great game between Bharat and China to remain the dominant force in South Asia.

Analysts say that China has high stakes in the unity of the NCP, which it sees as the most suitable vehicle for carrying forward its broader geopolitical agenda in the high Himalayas.

Prior to Guo’s visit, Ambassador Hou has completed considerable spadework for the visit. Hou met faction leaders of the endangered NCP, including Prachanda and Nepal. Hou, however, was unable to meet Prime Minister Oli.

The Nepalese website Ratopati.Com is reporting that the rift between Oli and China deepened when Chinese Ambassador Hou urged him to “step down as prime minister instead of splitting the party” during a meeting last July.

China pushed into Nepal after Bharat’s botched economic blockade in 2015, but New Delhi has recently mounted a robust riposte. The ice was broken in October by Bharat’s spy chief Samant Kumar Goel-the visit following Kathmandu’s decision to make cartographic changes along the Bharat-Nepal boundary. Goel held a key meeting with Oli, which was followed by visits to Kathmandu of the Army Chief Manoj Mukund Naravane and Foreign Secretary, Harsh Vardhan Shringla.