Narasimha Rao’s services to nation recalled on death anniversary, will Sonia atone for her vindictivness? 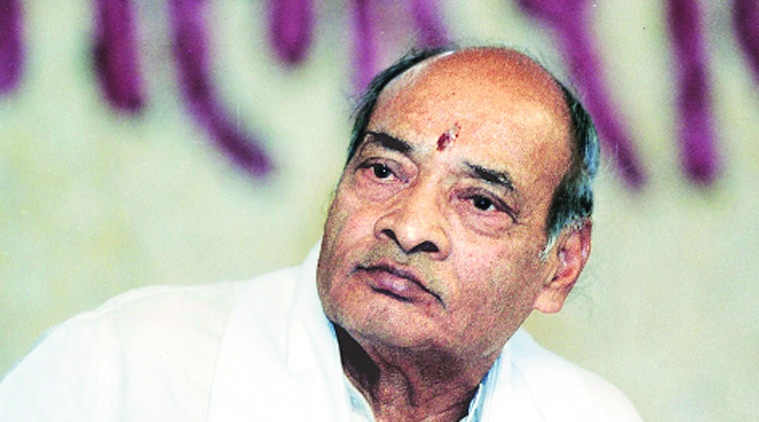 They and other dignitaries remembered the contributions of the former Prime Minister.

Chief Minister K Chandrasekhar Rao said that Narasimha Rao would forever be remembered as a staunch reformer. The Chief Minister, in a statement said that the country is enjoying the benefits of the reforms that were ushered in by PV in education, economy, land, administration and other sectors. The TRS chief added that the firm attitude of PV in internal security, external affairs and diplomacy had strengthened the country’s unity, integrity and sovereignty.

The CM said that the state government is also conducting PV’s year-long birth centenary celebrations with a lot of respect as a befitting tribute to the multifaceted and great administrator that PV was.

The birth centenary celebrations began on June 28 and the state government has decided to organise the year-long celebrations in a befitting manner. Hailing from Vangara in Karimnagar district (now in Telangana), Narasimha Rao was Bharat’s first and only Telugu Prime Minister. He also had the distinction of being the first Prime Minister outside the Nehru-Gandhi dynasty to complete a full five-year term.

He also took part in the freedom struggle and fought against the Nizam of Hyderabad’s Razakar Army. Unfortunately, descendants of the very same Razakars are today in an informal alliance with the ruling TRS party in Telangana. Narasimha Rao, who also served as the Chief Minister of undivided Andhra Pradesh and as a Central minister, was known as a scholar, statesman, a polyglot and an author.

He was elected to Parliament in 1972 and held several cabinet posts under Indira Gandhi and Rajiv Gandhi including Foreign Minister from 1980 to 1984. Described as a “political Chanakya” by many, PV managed to complete the full term despite being just short of a majority in Parliament.

However, Narasimha Roa never really got the credit he deserved, either from his party, or from the Lutyens’ intelligentsia which controls the national narrative.

National hero insulted by his own party and durbari intellectuals

After Rajiv Gandhi’s assassination in 1991, when durbaris like Arjun Singh & Vincent George proposed that Rajiv’s wife Sonia be made the Congress chief, the meritocratic PVNR shot back saying “Why should the Congress party be hitched to the Nehru-Gandhi family like train compartments to the engine?“ PVNR went on to become PM after Congress MPs voted for him in an internal party election.

Rao appointed deserving people to key positions, even crossing party-lines when required. His first choice for Finance Minister was ex-RBI Governor I.G. Patel, but when Patel declined, PVNR chose a non-political economist & bureaucrat Manmohan Singh for the job and guided and empowered Singh to introduce path-breaking economic reforms, albeit those reforms were also forced upon us by a balance of payments crisis.

After Congress lost the 1996 elections under PVNR’s leadership, the Congress swiftly reverted to type with the next in line of the Nehru-Gandhi dynasty, Sonia Gandhi, regaining control of the party through faithful family loyalists like Arjun Singh, MS Aiyar etc. This 2004 rediff piece by MD Nalapat informs us, “Despite being a former AICC (All India Congress Committee) president and a prime minister, PVNR was not just excluded from the Congress Working Commitee since Sonia Gandhi took charge of the party in 1998, he was not even allowed to become one of the numerous ‘special invitees’, most of whom get selected for their cheerleader skills rather than any other contribution.”

The worst was yet to come.

When PVNR died in 2004 in Delhi after suffering a heart attack, his body was not allowed inside the AICC (All India Congress Committee) building at Sonia Gandhi’s bidding. He was denied a state funeral in New Delhi, which an outstanding ex-PM like him deserved, and was finally cremated in Hyderabad.

We call upon Sonia Gandhi to apologise for this Adharmic act, and learn a thing or two from PM Modi, who was quick to offer condolences even at the passing away of Congress leaders like Ahmed Patel who had nothing but malice for him and who tried their best to fix him in trumped up cases like Ishrat Jehan encounter.