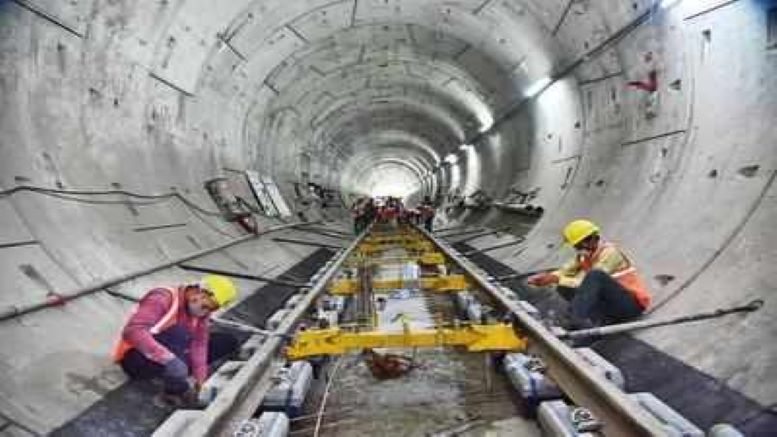 Mumbai Metro project which has already been delayed is now staring at a cash crunch which would further delay the project and may lead to stagnation thereby affecting the ordinary citizens of Mumbai. As per a Times of India report, Japan had warned the Uddhav Thackeray-led Maha Vikas Aghadi (MVA) government which continued to dillydally.

The report by ToI says:

On February 17, 2021, Japanese ambassador to India, Suzuki Satoshi, wrote to chief minister Uddhav Thackeray, expressing fears of an impending “cash crunch” and “significant delay or stagnation” for the project. Satoshi’s letter, accessed by TOI, requested the CM to approve the revised project cost for the fourth tranche of the loan so that the Japan International Cooperation Agency (JICA), which is funding the metro, can release the money.

TOI has learnt that four months later, the state government has failed to give its approval even as the project cost has escalated from Rs 23,136 crore to Rs 33,406 crore.

The chief minister’s office refused to comment, but a senior state official told TOI any decision is unlikely to be taken by the state government till the issue of the Metro 3 car shed is resolved in the high court. An MMRCL spokesperson too chose not to comment.

Despite the warnings as well as assurances that the Metro Car Shed location will not have an impact on Japan’s financing decisions, the state government continues to remain indecisive. It can hardly be overlooked that the root cause of the delay is canceling the site for the car shed at Aarey which was determined to be the most appropriate right from the beginning of the project.

Right from the beginning environmental concerns were being used as a smokescreen to shunt the metro car shed from Aarey. Commercialization of Aarey land by the Uddhav Thackeray-led MVA government is a clear indicator of the fact that political considerations were the main reason behind opposing the proposed metro shed during the Fadnavis regime.

The objection was raised by five-star activists from the conveniences of their air-conditioned offices and homes. Not only that but also that missionary-funded NGOs were involved in the movement whose sole aim is to derail Bharat’s progress using environmentalism as a convenient excuse. Many of these NGOs are themselves shady and under the scanner of Central authorities.

Many of these NGOs are under the scanner of Central authorities for their dubious antecedents and activities. Vanashakti, one of the leading NGOs involved here, is run by a lethal combination of Abrahamics and Marxists. Abrahamics and Marxists have always joined hands to undermine Bharat in some form or the other, and the latest ploy seems to be environmental activism.

Well far from that, Vanashakti had actually batted for the Royal Palms plot to be considered by MMRCL. What is not being said though is that Royal Palms, like Shylock, wants to extract its pound of flesh. Cleverly, instead of seeking money for the plot (as quoted by Vanashakti in the above article), Royal Palms sought 4 FSI on the plot. This was found to be both economically and technically unviable, in addition to being environmentally damaging.

It is also pertinent to note that it was the present government that formed a committee to determine an alternate site. However, the committee too found that the original location was best-suited. Subsequently, the MVA government formed another committee to try and diss this recommendation.

The members could find no reason to satisfy the ill-thought-out wish of the government. The Mumbai High Court had itself earlier stayed Kanjurmarg Metro Shed.

Such activism sounds ‘cool’ but it is neither the activists nor the politicians who will suffer but the common citizens will continue to bear the burden of this indecisiveness.

We are not even talking about the human costs that these delays would cost. In addition to prolonging commuter woes, the delay would continue adding to the death tolls caused due to rail travel every year.

It must be remembered that the Aarey site has the approval of the high court, supreme court, and the green tribunal. The Uddhav Thackeray-led MVA government alone is responsible for the continued woes of Mumbaikars due to the delay of the Mumbai Metro project. The MVA government, in the meanwhile, has even turned a deaf ear to Metro project financier JICA.