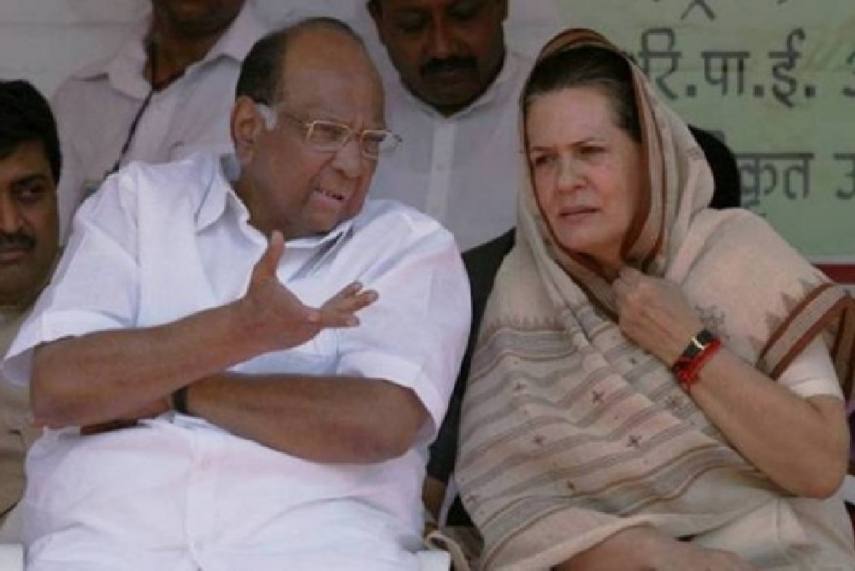 NCP supremo Sharad Pawar let slip an open secret about ‘secular’ politics of Bharat during a meeting of his party’s minority cell.

NCP Chief Sharad Pawar at NCP minority cell meeting: During Maharashtra elections, Muslims didn't vote for BJP. They vote for parties which can defeat BJP. During elections, the minorities decide whom to defeat. In the state,the change of guard which we are seeing is due to that. pic.twitter.com/9EyhLR7tvy

1.) Minorities – a ‘secular’ codeword for Muslims and Christians – decide outcome of most elections because of their single-minded focus on defeating ‘communal’ BJP.

So ‘secular’ parties like NCP and Congress start with a natural advantage of this captive vote-bank, which combined with a far higher voter turnout amongst ‘minorities’ compared to ‘majority’ (read Hindus) means ‘secular’ parties only have to woo one additional Hindu community by offering freebies/quota to breach the 30-40% vote percentage which is usually enough to win elections.

Managing this electoral arithmetic is what occupies ‘secular’ politicians most of the time, while irritating goals like good governance, vision & policy are left to mercy of a slothful bureaucracy and image-management by secular friends in mainstream media, academia and judiciary.

Why do Muslims have this single-minded obsession for defeating BJP? Well, they are constantly fed anti-BJP/RSS narrative by left-liberals – just see how ‘respected’ Hindu-hating intellectuals are scare-mongering and spreading brazen falsehoods about Modi government planning to intern 200 million Muslim citizens in detention camps & stripping them off their citizenship through CAA-NRC. And the Muslim clerics and community leaders keep the community primed by preaching a toxic mix of Muslim victimhood & supremacism to their flock.

Hindus have only recently begun to awaken to this harsh reality, but the Muslim vote is constant while Hindus are still fickle. In the 70-year history of Bharat’s electoral politics, 2014 and 2019 LS election results are still only the exception to this rule, as multiple state election reverses for BJP have demonstrated.

2.) ‘Secular’ parties are now entirely beholden to the ‘minority’ vote

Growing Hindu awareness has only increased the Muslim hold over ‘secular’ parties like NCP and Congress. Pawar correctly credits the formation of the Maha Vikas Aghadi alliance government in Maharashtra solely to the Muslim goal of defeating the BJP. The Muslim vote-bank allowed NCP and Congress to ally with an erstwhile Hindutva party like Shiv Sena, as for them the larger goal of defeating BJP at all levels is paramount.

And the way Shiv Sena has been brought to heel, despite holding the CM’s chair, is truly an exercise in power politics and a dangerous signal for Hindus. CM Uddhav Thackeray has issued some truly outrageous statements like comparing the violence during Islamist inspired anti-CAA protests at Jamia & JNU to Jallianwala Bagh massacre, or 26/11 terror attacks. He has been busy pandering to the most radical of Islamist organisations like Raza Academy (the architect of the horrific Azad Maidan rioting in Mumbai in 2012) to ‘pacify’ them about CAA & NRC. CM Thackeray has categorically stated that CAA will not be implemented in Maharashtra – what that means is however not clear, as granting citizenship to refugees is not in the purview of a state government.

“Most of the Muslim brothers said that our biggest enemy is BJP and Congress should be a part of the government to stop BJP. That’s why the Congress party is in the government today. Till our government is there, we will not allow the implementation of CAA in the state.”

The writing on the wall is clear for all Hindus. Vote en-bloc for BJP for a sustained length of time, in every election, at all levels. Anyway, apart from RSS/BJP no other political party, Shiv Sena included, has demonstrated sustained commitment to Hindutva. If Hindus can build a solid votebank of 50+%, that alone will demonstrate to all political parties, BJP included, that Hindu interests are paramount and non-negotiable. Or another way of looking at it is to say that Hindus should develop a mindset of keeping Congress out at all costs – destroy the heart of the corrupt ‘secular’ ecosystem and the copycat dynasties too will perish.

Of course this will mean that the Muslim vote will start shifting to openly Islamist outfits like Owaisi’s AIMIM &  SDPI, but that is anyway a battle that will have to be fought sooner or later.