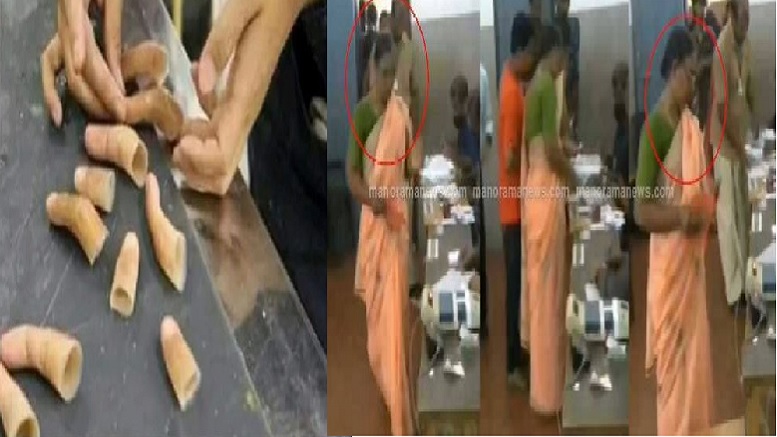 Massive electoral voting fraud has been detected in Kerala involving both local CPM cadre and illegal immigrants. Excluding local bogus voters that run into 4 to 5 lakh votes, some numbers indicate another 20 lakh voters could be illegal immigrants.

They are not Bharatiya citizens and are in fact, Bangladeshis and Rohingyas settled in Kerala. The bogus voter issue was brought up by the opposition Congress that had proactively colluded with the Indian Union Muslim League party and allowed this exodus to happen when they were in power at the center and the state. Why complain now?

The ruling CPM has gone soft on Jihadis and illegal immigrants and is now their savior. Green communism sweeps through both rural and urban Kerala which has attracted lakhs of these illegal immigrants. They have been allegedly rewarded by the state with the required documentation including Kerala voter ID cards, in some cases multiple ones, and this has naturally unified them with the communists.

The illegals have deserted the Congress and its Muslim allies who brought them here in the first place. Who arranged the legal paperwork for them to integrate into our society is the real question that needs to be asked. We now know why multiple intelligence reports of an unchecked penetration of illegal immigrants went unheeded. That the Congress and its allies remained silent about the illegal immigrants, but pointed out only the locally forged one’s smacks of collusion.

You add a few more communist party disciples numbering a few lakhs with multiple voter cards and you see a broader picture of the scam that is being run in the name of ‘free and fair polls’ and is being showcased to the whole of Bharat by the ‘numero uno’ state and its communist leaders.

There is no way on earth that the Election Commission can weed out these counterfeit votes without cooperation of state machinery, and conduct elections fairly and freely, the way it should be done. Elections to the state assembly are scheduled to be held on the 6th of April, barely a week to go.

Though these allegations started around the time local body election results were declared in December 2020, Teeka Ram Meena, the state’s Chief Electoral Officer ignored them. Or so it seemed. Now the Congress AICC has designated Meena as an agent of the out-going government. In December, the CPM polled 85 Lakh votes while Congress got 80 Lakhs.

This time around, the EC was jolted out of its denial, the moment proof of illegal voter cards started to emerge in the public domain. The much-touted linking of the Aadhaar card which could have prevented this mess in the first place didn’t happen.

An Election commission that has lost all its credibility is now asking its officers to ensure that they make the voters stay back until the ‘indelible’ ink has dried up! Does it mean that even after application it can be erased? That might take care of voters with multiple ID cards, what about the 20 lakh ones that are not even Bharatiya?

The CPM is pretty sure that the mandate for the next five years is theirs for the taking. This signals a total failure of the whole voting process and an even bigger failure in the Election Commission’s office. Rather than stand up and take full responsibility, Teeka Ram Meena is now blaming everyone except himself and neither the officers working under him nor the general public has been spared.

He blamed ‘5%’ of his own officers for the entire ‘official mess’. Meena even blamed the public for the EC’s faults when he said that many citizens reapplied and were issued new voter cards! Is not that the exact reason we have an EC. To check, recheck, and confirm before issuing a voter card? Absurdly. to say the least, Meena now has his returning officers scrambling to correct something that would not or could not be done all these years and is now supposed to happen within four or five days!.

There are 2.67 crore voters in Kerala’s final voter list, and if the claims of ~ 25 lakh bogus voters (duplicates + illegal immigrants) are true, that would constitute around 10% of the total votes!

It is alleged that government officials have made sure that some local Keralites have upto five Voter cards each wherein only the photo remains constant but the address keeps changing. A clear case of conspiracy to not just cast multiple votes in neighboring villages but also to hide his/ her real address, ie. to escape the law. They have not even shown decency towards the deceased, with corrupt officials issuing voter cards even in their names.

Punishment of the kind meted out to traitors should be adopted against these urban Naxal state employees, immediately and not the normal one-year sentence and a fine, which is the best that our constitution allows for such crimes by government officials. Even more shocking is the EC’s announcement of searching for bogus votes after the elections are over!

The future of lakhs of Hindus, their rituals, and religion now hang in the balance and this issue has disappointed BJP supporters who doubt whether their vote still counts or not. The sheer numbers involved clearly show that by nook or crook it is these bogus votes that will decide who rules the state.

Having lost whatever little faith they had in our constitution, some say they would rather not vote. These are dangerous times for democracy. Is our Ministry of Home Affairs watching and if so what are they waiting for? Total annihilation of the Hindu faith?

Truss resigns after just 45 days, another chance for Sunak?