Give
HinduPost is the voice of Hindus. Support us. Protect Dharma
GIVE
26.7 C
Varanasi 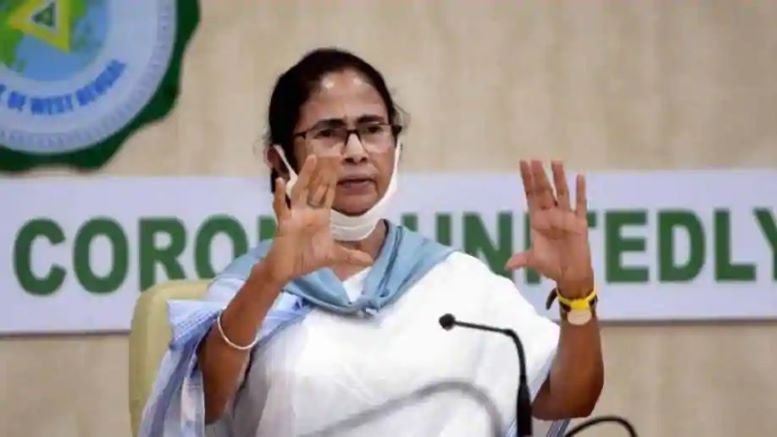 West Bengal has been seeing a steady increase in Coronavirus cases through July. The state was earlier under scrutiny for trying to suppress the case count and number of deaths. On Tuesday, CM Mamata Banerjee announced an extension of the ongoing partial lockdown, that was earlier scheduled to end by 31 July, till end of August. But if you thought the announcement was like any routine government update, think again.

While Mamata first addressed the press, she claimed that complete lockdown would be observed two days every week and that the govt. preferred Saturdays and Sundays to “minimise economic losses”. However, 1 Aug (Saturday, Bakr-Eid) and 15 Aug (Saturday, Independence day) were exempted from the initial list and 3 Aug (Monday) and 17 Aug (Monday) were added as replacements. Interestingly, 5 Aug (Wednesday) was also kept in the list despite falling mid-week.

No lockdown in the state on August 1st on the occasion of Bakr Eid: West Bengal CM Mamata Banerjee pic.twitter.com/TqS8N9AFVl

While announcing these dates, she asked media to listen carefully and not ‘create confusion’. But Anuj Sharma, Commissioner of Kolkata Police, sitting next to her pointed out that it will be Raksha Bandhan on 3 August. Banerjee then said: “So, how can we have (lockdown on) 2nd and 3rd?”

Just half an hour later, the CM came back to address the media, and refreshed the dates claiming “technical mistakes”. She admitted that her govt. had missed Ganesh Puja (22 Aug) and Muharram (29 Aug) as they ‘perhaps read the calendar wrongly’.

After removing the 2 festival dates, 31 Aug (Monday) was added and 9 days given for complete lockdown — 2 August, 5 August, 8 August, 9 August, 16 August, 17 August, 23 August, 24 August and 31 August. Five hours later, late at night, her home department tweeted, saying that they were ‘withdrawing complete lockdown announcements for 2 August and 9 August’ as those dates were coinciding with ‘festivals and important community occasions’.

As per The Hindu, government officials informally said that August 2 was exempted as an additional holiday for Bakr-Eid (Eid-ul-Adha). Although there was no clarity on what festival falls on 9 August, it could be on account of World Tribal Day celebrated on that date.

Many citizens wondered why festivals of their communities — such as Rishi Panchami and Manasa Puja — had been overlooked. But most galling was the inclusion of 5 August – the day of the Ram Mandir bhoomi pujan ceremony – in the lockdown list; this led to many angry reactions about how Mamata did not want Hindus to celebrate that day.

Senior doctors in the state have called this lockdown plan ill-planned and meaningless. The flip-flop in dates also led to confusion for airports and railways – no planes or trains would ply on the 7 lockdown days. Mamata’s brazen minority appeasement is an open secret – the initial days of lockdown gave ample demonstration of how the state’s second-largest majority flout all rules and norms with impunity, while police looks the other way.

This little episode was a perfect example of the administrative and bureaucratic incompetence which has come to mark Mamata Banerjee’s tenure. Her infantilising way of addressing media and even industry titans during investor summits, her short-tempered and brash rebukes, outlandish accusations towards the centre, and total denial of rapes and other attacks against Hindus in the state, mark her out as someone unfit for office. But tragically, our democracy and the dominant left-liberal intelligentsia make her out as a major political player.

Citizens of WB, meanwhile, are indulging in some black humour to keep their spirits up. A joke in Bengali was doing the rounds on WhatsApp after Mamata’s announcement(s): ‘Confused coronavirus had to file an RTI plea to find out exactly which are the dates in the month of August that West Bengal would observe a complete lockdown.’