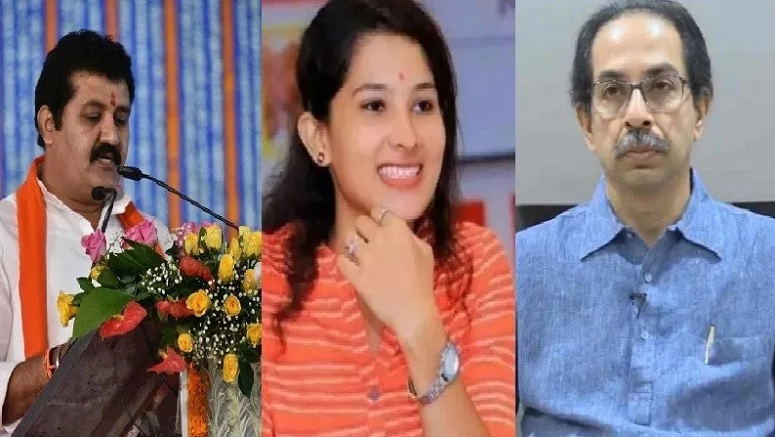 Amid mounting pressure and fierce attacks from the opposition Bharatiya Janata Party, Shiv Sena leader and Maharashtra Forest Minister Sanjay Rathod – whose name cropped up in the death of TikTok star Pooja Chavan – resigned on Sunday. Rathod met Chief Minister Uddhav Thackeray and tendered his resignation on the eve of the Budget session of the Maharashtra legislature starting Monday.

A prominent leader of the Banjara community, Rathod (49), accompanied by his wife Shital, met Thackeray at the latter’s official residence and discussed the issue for around 30 minutes before handing his resignation to the CM. The Chief Minister also refused to consider pleas from the ‘mahants’ of the Banjara community even as the probe report into the social media star’s death is awaited.

Toughening BJP’s stance, Leader of Opposition Devendra Fadnavis threatened to withdraw the BJP legislators from the joint select committee of the Shakti Bill, which is being brought on the lines of the Disha Act proposing crucial changes to the existing laws on violence against women and children.

“Sanjay Rathod resigned… However, it does not imply that he is innocent,” said Pravin Darekar, the Leader of Opposition in the Maharashtra Council.

Both the leaders have demanded that an FIR should be lodged against Rathod in the Chavan case, though the ex-minister has consistently denied all the allegations levelled against him. Rathod’s name cropped up after the death of Chavan (22) in Pune on February 7.

“The opposition is playing dirty politics on this matter… The truth will emerge in the probe. They threatened not to allow the Legislature Session and disrupt the proceedings,” Rathod said after quitting.

Chavan hailed from the Banjara community and was a native of Parli-Vaijanath in Beed district. Her family wrote to the CM decrying the moves to politicise her death, and killing her multiple times after she died.

They also dismissed the moves to link the minister with her and said they had never sought Rathod’s resignation, but had full faith in the ongoing police probe. Chavan died after falling from the balcony of an apartment in Pune’s Hadapsar area. The police have registered an accidental death report (ADR) and are probing the matter.

After Chavan’s death, Fadnavis had shot off a letter to DGP Hemant Nagrale along with 12 audio clips vis-a-vis the incident, demanding an investigation. Though Thackeray had assured a probe, Rathod continued as a minister and staged a massive show of strength at the Poharadevi temple in Washim district last week.