Lingayat not Hindus – What Next? 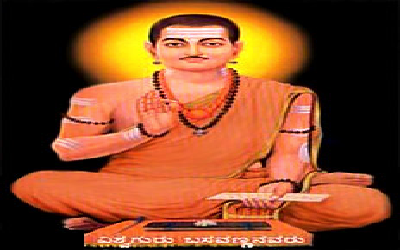 A section of the Lingayats had been agitating for some time to be considered as non-Hindus.  They have based their arguments on supposedly theological basis, which actually leads to all sorts of convoluted arguments.  It does not matter whether the religion from which a separation is sought is monotheistic or polytheistic. However, when it is polytheistic, the convolution leads to being tied up in knots in all sorts of way.

Those who want Lingayats to be considered as non-Hindus have to state in what specific disabilities they have to practice their faith in the way set out by their founder.  They have to give examples of persecution due to their beliefs. They have to state whether their spiritual institutions have been discriminated against when it comes to studying the teachings of their founder.

Furthermore, they have to opine whether non-Lingayats will be able to achieve the ultimate truth. Hindu Dharma says that it can be achieved through many paths, and each path is valid. It is this acceptance, leading to tolerance, that has enabled the Jews (first century), the Syrian-Christians (fourth century), and the Parsis (eighth century) to find shelter amongst the Hindus when they fled their homelands due to religious persecution. They prospered in secular terms, and preserved their own religious traditions.

Will the Lingayats now say that the others will not achieve salvation, the way those Abrahmic religions who aggressively proselytize publicly announce?  If they do, will they announce that they will indulge in converting others so that the latter do not go to the place where one is eternally barbecued? And, if they make this announcement, do they realise that it will lead to an additional source of creating social tensions in the society?

If the answers to these questions are in the negative, then there is no validity of the supposedly theological arguments that are made.

I personally do not believe that 99.9% of the Lingayats would say that the non-Lingayats cannot achieve salvation in the belief system they are in.  And of the balance 0.1%, 99.9% have probably not thought this issue through in the way I have set out. So, in the end, one has to conclude that the demand to be considered non-Hindus has a prosaic objective – use the legal discriminatory provision that enables minorities to set up education institutions without any monitoring by the state.  This has been frequently announced by many others in the past. In 1980, Ramkrishna Mission wanted to be considered non-Hindus because their education institutions were being unjustly interfered with by the Marxist government in West Bengal.

In August 2016, Sunil Jain, editor of Financial Express, had tweeted that for the Jains the minority status frees Jains to run their own education institutions.  When asked if this means that without the freedom providing quality education is difficult, he answered in the affirmative.

There are many other issues relating to resisting the monitoring.  While the management of many institutions do genuinely desire to ensure that the students get value for the time and resources that they have spent, there would certainly be some who look at the institutions as a means to make money. They will not employ the right persons, or provide the right equipment, etc. For the student, the admission to the institution provides him with a ticket to sit for the exam which is conducted by the state. And if the institution does not provide him with a quality education, he is willing to pay additionally for getting outside help.

Most democracies do have monitoring of education institutions, to protect the interests of the students.  For schools, the syllabus is set by state nominated committees, so that the education that is imparted is as complete as possible.  States also prescribe the education qualification of the teachers, the facilities that are needed to be provided, etc. And the state will frequently send inspectors to ensure that the requirements are met.

At the higher levels, while the state’s role may be very minimal, students do have a choice to speak out, and even change institutes if they are not happy.

I suggested to Jain that if the level of state monitoring in Bharat comes in the way of imparting good education, as an editor he should be agitating for the desired changes for all institutions, and not just for the few.  I did not get a response.