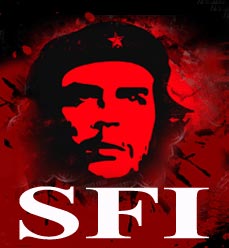 In a confirmation of what observers in the state have unofficially acknowledged for long, an independent judicial commission has revealed that many government colleges in Kerala have turned their students’ union offices into ‘idi muri’ or torture chambers.

The commission was formed after the suicide attempt of a first-year girl student at University College in Thiruvananthapuram. A note recovered by the police from the student revealed that she was under stress from the Students Federation of India (SFI) led college union, which was forcing her to get involved in political activities at the expense of her studies. SFI is the student wing of the Communist Party of India – Marxist (CPI-M, also known as CPM).

“I was unhappy over missing of regular classes….there are many activities in the colleges than regular studies,” the girl student said in a statement to police.

The independent commission headed by Justice PK Shamsuddin, which met students, alumni and faculties of various government colleges in the state, and studied the unlawful activities prevalent in campuses, submitted its report to the Kerala Governor on Monday.

Some highlights of the report –

Here are a few sample reports we have carried in the past, which show what a terror SFI is on Kerala college campuses, and how even police is fearful of them  –

But while the whole nation knows about the FTII ‘student protests’ & suicide of Rohith Vemula, his tragic death being conveniently blamed on BJP and ‘casteist’ administration of University of Hyderabad, how many know the names of any of the victims of Communist violence on Kerala campuses?

Violence on campus is a recurring pattern seen in every university or college where the Left parties are dominant, whether it is JNU, DU or Jadavpur University.