The Tirumala Tirupathi Devasthanams (TTD) is in the news again, but this time for absolutely unholy reasons. The revelations of the chief priest of Tirupathi, Dr A V Ramana Deekshitulu, against the board’s functioning and alleged malpractices have generated endless news cycles.The learned priest alleges that these malpractices by administration officials, have been damaging centuries-old rituals and traditions.

With the debate now out in the open, a diverse set of folk have jumped in with their own motives to muddle up the central concerns. In this debate, the devotees have so far only been cannon-fodder. All parties involved (or wishing to involve themselves), are claiming to speak on behalf of the devotees and TRP hungry MSM is running wall-to-wall coverage cashing-in on the frenzy.

I spoke to a devotee, a retired School Principal from Andhra Pradesh, who has also worked in the TTD temples as part of his administrative duties and has been performing Seva towards Sri Ventakeswara in a personal capacity. He chose to remain anonymous.

What do you think of the current turn the events have taken, with the Deekshitulu having to jump into the debate?

Most unfortunate. The Deekshitulu having to come out in this manner is not good for the Devasthanam. The Mirasidars (priestly families) are custodians of the temple rituals and traditions. To see the chief Mirasi come out thus is most distressing. The TTD administration was to take care of amenities while archakas were to perform rituals and ensure Shastric tradition is followed. The system has worked well enough so far. To see the Deekshitulu speak thus and to see the system break down is not right.

What do you think is the crux of the issue?

The Mirasi system, I do not know when it began, was a system where a few families had hereditary rights to perform complex rituals. They have been doing this for centuries. These hereditary rights were abolished by the AP State Govt; this decision was later upheld by the Supreme Court in 1996. Following this, the TTD Board established service rules for appointment of priests.

Somewhere around 2004, the Court granted temporary relief and a few hereditary provisions were reinstated. Archakas are still bound by the Tirumala Tirupathi Devasthanam’s Employees Service Rules (1989). A subsequent amendment to these rules set the age of retirement as 65 years (G.O. Ms. No. 611 Dt. 16.10.2012 Revenue (Endowments.III) Department). Other priests, who are equally capable, also wanted to perform rituals. Maybe that led to internal friction since one is hearing noises about the high-handedness of the chief priest. This retirement age rule was never implemented until after the latest round of outrage. The previous TTD board was happy to maintain status-quo. While the newly appointed board seems to have gone ahead and implemented all rules. One may argue why a priest needs to retire, but this was an old rule. All archakas, by abiding to all service rules, were bound to abide by the retirement rule too.

But a section of the media has reported that the TTD board vengefully seeks retirement of the priests in this manner?

Media has rushed into this in their style. The priests are bound by service rules and they have been following them so far.

What about the allegations of misappropriation, including the loss of valuable gems as reported by the media? The TTD Board and the Chief Priest continue launching allegations and counter allegations against each other. Some are demanding a CBI probe and Supreme Court intervention.

This was inevitable, no? It’s difficult to establish the truth of the allegations because of multiple vested interests, each with their own stake in the temple. Politicians are in it for the money, media for TRP, TTD to save its own reputation, archakas in the name of tradition, general public in the name of god! My sense is that when one has accepted service rules, one should not step outside them and bring entire administration and temple under scrutiny in this manner. All sort of people then rush-in to stake claim on the temple, like the ASI!

The Vijayawada division of Archaeological Survey of India had written a letter recently saying they wanted to ‘take over’ the temples of TTD, bring them under their control. The letter was withdrawn the same day after a huge public outcry against such a proposal (and clarification by the Central Govt too). The ASI is not well versed with temple traditions, so the proposal was rejected. Who pushed for such a notification is unknown but powerful bureaucrats are still batting for this idea.

Who are these bureaucrats?

A section of people wants the ornaments donated to TTD to be displayed to the general public to allay fear of large scale loot. That sounds reasonable to be done at least one time

Then how does one resolve and restore public trust?

There is a structure that is available to resolve this. Yearly audits are done and can and should be verified. It does not need dramatic feel-good solutions like displaying jewels to the general public. Moreover, we all know what happened when the Supreme Court itself came into the Padmanabhaswamy Temple vault. The vaults were never meant to be opened. But pressure was brought upon the Temple and the vaults were opened. Some sections of the public even called for distributing that wealth! It is the Lord’s wealth! Pray we do not have to go through this at TTD.

Thank you for your time. Any last thoughts to want to leave us with?

I wish all the stakeholders focus on the good of the Temple and the devotees. Everyone needs to abide by the rules agreed upon and not bring down institutions each time they feel aggrieved. To put it simply, one needs to keep the faith in the custodians we have appointed, who are the priests and the TTD board, and trust that they will do the right thing. One should not create frenzy and lay siege to the temple itself! Thank you.

This interview has been lightly edited for clarity. All links have been sourced by the interviewer for context. 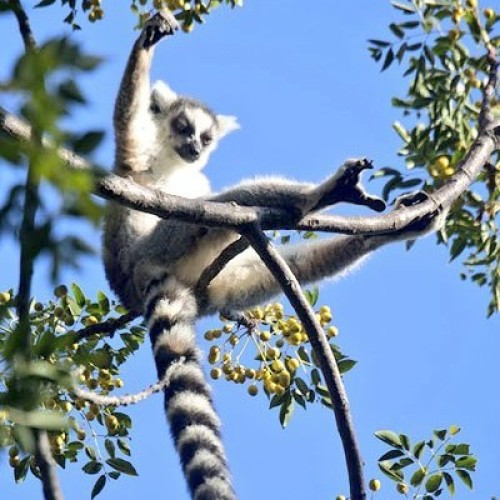