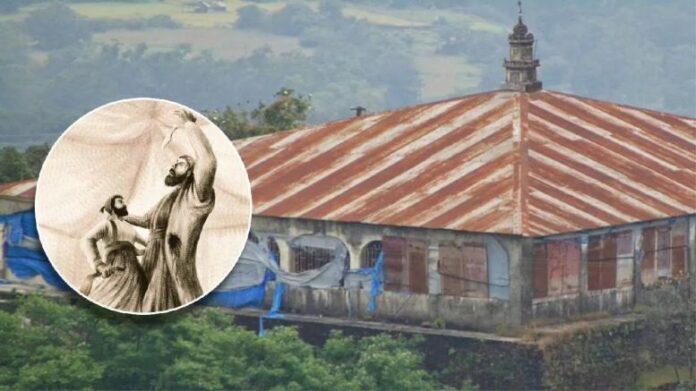 As the country celebrated Shivpratap Din yesterday, the day Afzal Khan was slayed by Chhatrapati Shivaji Maharaj, it came to light that the illegal expansion of Afzal Khan’s grave at Pratapgarh Fort was finally removed by the Maharashtra Police. The Bombay HC (High Court) had ordered the removal of the illegal structures around five years ago.

“Until over two decades ago, the grave of Afzal Khan was lying unnoticed inside the fort premises. However, it gained prominence only after some Muslim ascetics around the year 2000 claimed the grave and decided to build a shelter over it. Gradually over a decade, a permanent structure with an arcade from all four sides was raised on the grave. Covered with a tapering roof of asbestos sheets, the interior is said to have independent rooms for wandering Muslim ascetics who often take refuge in the newly developed shrine”, noted OpIndia.

‘Hazrat Mohammed Afzal Khan Memorial Trust’ is said to have carried out the illegal construction occupying 5,500 square feet of space on the fort. VHP objected to the illegal grabbing of ASI-regulated (Archeological Survey of India) land in 2004. They demanded the removal of the structure and said they would undertake an agitation if the authorities failed to take action in the matter. The Mahabaleshwar Police increased security in the fort.

Samasta Hindu Aghadi founder-president Milind Ekbote filed a contempt petition against illegal construction on the forest land around Khan’s grave. The PIL highlighted that the original tomb was only 5 square feet in size but came to be encircled by 1,000 square feet of unlawful development. It has further been alleged other structures have been constructed on forest land within the fort.

“Remove encroachments around Afzal Khan’s grave or send forest officials permanently to the forest if they can’t do their duty”, said Justice SC Dharmadhikari.

“Afzal Khan’s grave at the foothills of Fort Pratapgarh in Satara district had truly been undergoing rapid changes in recent years. The Islamists had also started organizing fairs on the location”, reports OpIndia.