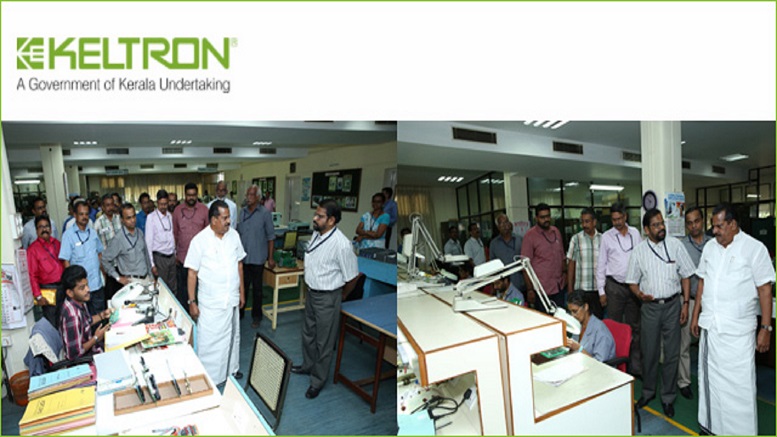 Kerala State Electronics Development Corporation Limited (Keltron) is a Government of Kerala undertaking based out of Thiruvanathapuram. Known for multiple controversies in the past, this time they have insulted the 100 crore Hindus living in Bharat and all over the world. It happened at an examination conducted by Keltron.

The State Government conducts exams for recruiting eligible candidates to operate Akshaya Kendras all over the state. These exams are conducted by Keltron on behalf of the state government and the results are published online.

A innocuous looking yet repulsive question appeared in an exam conducted this week that has left Hindus in shock. It asks,

“Which god lost his relevance after the coming of Jesus Christ?”

As usual, there was an outcry from both candidates (who appeared) and common citizens, but it didn’t even last a week. Keltron blamed another agency entrusted with preparing the question papers and vice versa. No FIR has been registered yet and the perpetrators of this anti-Hindu bigotry and sacrilege have not been punished or for that matter even brought to book. The whole incident has already receded from public view. Had it been Mohammed or Jesus, things would have been different.

Many such government undertakings exist that are mere recruiting centers for party cadres, be it Communist or the Christian converts. These departments are also fronts that are used to bypass the tender system in awarding contracts to third parties.

In January this year, under pressure from left-leaning workers unions, 296 temporary workers were given permanent appointments at Keltron. This was done overlooking the Supreme Court orders against this practice. This was also done at a time when the current regime had entered its final three months and elections are just around the corner.

The appeals and protests of lakhs of young men and women who were on the PSC rank list were pushed aside and the Cabinet of Ministers went ahead and approved these appointments. Thousands have been appointed in the same unconstitutional manner in several departments all over the state. It is also alleged that employees thus confirmed have to pay one month’s salary as a levy to the Communist party.

The government had based its arguments on two factors. That Keltron is now showing profits for the last few years and that humanitarian considerations were looked into while confirming the appointments. Don’t the PSC rank list holders deserve humanity? Wouldn’t the unnecessary extra burden of around 43 Lakh rupees per month (salaries) bring down the profit?

There were allegations against Keltron earlier when they were entrusted with conducting examinations for the post of sub-inspectors by the Government of Assam. Exams scheduled to be conducted in September of last year had to be canceled after it was found that the question papers were leaked. The uproar to punish the guilty there too fizzled out soon in a similar manner to the current exam debacle, and no one has been punished as yet.

It is alleged that there is a powerful lobby at work behind the scenes led by the Centre of Indian Trade Unions (CITU) that hampers action against such culprits. The chronology of events leads us to believe that something sinister lurks and links such incidents. The latest insult to Hindu Gods is a pattern of things going on in Kerala for a long time now.