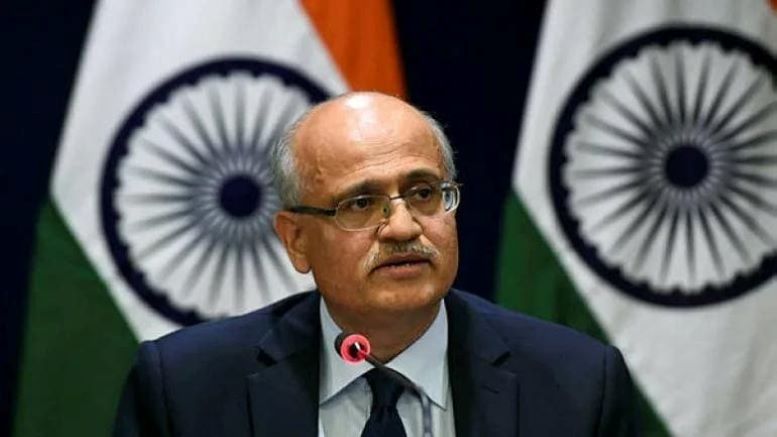 The role of Communist parties in scuttling the Indo-US nuclear deal has come to the fore from the revelations of ex-foreign secretary Vijay Gokhale. Gokhale has made the expose in his book titled The Long Game where he says that the left was acting on behalf of China to stop the deal.

Gokhale has alleged that China used its close connections with Bharat’s communist parties in order to stop the Indo-US civil nuclear deal. “China utilized the close connections with the Left parties in India. Top leaders of the Communist Party of India and Communist Party of India [Marxist] would travel to China for meetings or medical treatment [sic],” the former foreign secretary has said in his book.

Gokhale has held several important positions in the 39 years of his diplomatic career which includes the post of Joint Secretary (East Asia) between 2007 and 2009. At the time of the Indo-US nuclear deal, Gokhale was involved in dealing with China in his capacity as Joint Secretary. Bharat was successful in obtaining the Nuclear Suppliers’ Group (NSG) waiver.

The former foreign secretary has stated that the Chinese played on the fears of the communist parties, who were a part of the UPA alliance at that time, by insinuating that UPA was cozying up to America.

“Knowing the influence that the Left parties wielded in the United Progressive Alliance [UPA] government of Dr. Manmohan Singh, China perhaps played on their fears about India’s tilt to the Americans. This may have been the first example of China’s foray into domestic politics, but they were careful to remain behind the scenes” says his book read.

It is worth mentioning that Gokhale has spent over 20 years working in China. His last ambassadorial posting before becoming foreign secretary was as Bharat’s ambassador to China. Former foreign secretary Shivshankar Menon says in his review of the book, “Essential reading for all those interested in how India will deal with its greatest strategic challenge, an increasingly powerful China”.

The interference of China in Bharat’s internal matters comes to the fore from this instance even as Communists continue to defend themselves as those having “independent understanding”. CPM’s Hannan Mollah defended the left and said “In India, bourgeois ruling parties work as agents of US & Israel. Left never had foreign influence. They have independent understanding. Left didn’t do anti-national work”.

“Left parties had opposed the Indo-US nuclear deal because it was an agreement which would have compromised India’s strategic autonomy and independent foreign policy. More than a decade later, events have confirmed this. There has been no expansion of even a megawatt of civilian nuclear power in the country. All that has happened is that India has become a subordinate ally of the United States with close military ties.

The Left parties took this stand keeping in mind the concern for India’s sovereignty and strategic independence. It had nothing to do with China. The Left parties took such a stand even though China eventually supported the exemption given by the Nuclear Suppliers Group to India. Probably, he [Vijay Gokhale] does not know that the major opposition party at that time, the BJP, had also opposed the nuclear deal in Parliament.”

Communist parties withdrew their support to the then UPA government in 2008 following a fallout between the allies on account of the Indo-US civil nuclear deal.