Exploring the other side of the LoC ‘Forgotten Kashmir’ examines the evolution of Pakistan-occupied Kashmir (PoK) over the past seven decades. It includes major milestones like the tribal invasion in 1947-48, the Sudhan revolt in the 1950s, the Ayub era, the Simla Agreement, the adoption of the Interim Constitution of 1974 and the China-Pakistan Economic Corridor (CPEC).

It is not simply a historical account but one that analyses the events in PoK against the background of developments in Pakistan’s polity and the situation within the area to better understand Pakistan’s motivations for its policies in the region. 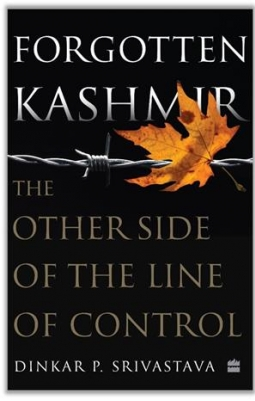 The book, published by HarperCollins, delves into contentious issues, such as the right of self-determination that is distinct from the concept of plebiscite in Jammu & Kashmir debated in the UN Security Council (UNSC). For a fuller understanding, the issue is examined considering the positions of principal actors, particularly the United Kingdom up to the 1950s, as well as the subsequent evolution of the right of self-determination.

More recently, Chinese presence in the region has grown with the development of the CPEC that runs through the Northern Areas, now renamed Gilgit-Baltistan. The book also covers internal developments in that remote area.

The author, Dinkar P. Srivastava, a seasoned diplomat, provides a wealth of information that comes from his involvement in the Kashmir issue at Bharat’s Ministry of External Affairs and discussions at the UN, his stint in Karachi, and as a member of bilateral working groups on counter-terrorism with the US, EU, UK and Canada.

“Much has been written about Jammu & Kashmir. However, very little is known about the other side of the Line of Control (LoC). The purpose of writing this book is to look at Pakistan-occupied Kashmir (PoK) in terms of the aspirations of its people and the policies of Pakistan. The yardstick is not the Indian stand, but Pakistan’s international commitments and the context of contemporary Pakistan. For better or worse, the destiny of the people of the territory is tied to the evolution of Pakistan’s polity. If so, the people of PoK deserve to be treated at least on par with the people of Pakistan,” Srivastava says.

“Kashmir is often in the news, though we in India do not often hear about Pakistan-occupied Kashmir. As a result, it could be called ‘forgotten’ – not in the sense of memory but the absence of a specific strategic perspective. This is the gap that Ambassador Srivastava seeks to fill with this crucial book,” said Swati Chopra, Executive Editor, HarperCollins India.

Srivastava joined the Indian Foreign Service in 1978. In 1993-94, as Director (UNP), he was part of successful Bharat’s lobbying efforts against four Pakistani attempts to have resolutions on J&K adopted in the UN General Assembly and the UN Commission on Human Rights. He was involved in the drafting of the National Human Rights Commission statute.

As Joint Secretary (UNP), he participated in Bharat’s lobbying efforts to contain the diplomatic fallout of the Pokhran II nuclear tests and prevent the internationalisation of the J&K issue during the 1999 Kargil war. He dealt with Bharat’s candidature for permanent membership of the UN Security Council, UN peacekeeping and the Comprehensive Convention on International Terrorism. He was a member of Bharat’s delegations to the World Conference on Human Rights in 1993, and the International Court of Justice in the case of the Aerial Incident of 1999 (Pakistan vs India). From 2011-15, as Bharat’s Ambassador to Iran, he negotiated the MoU for Bharat’s participation in Chabahar port.