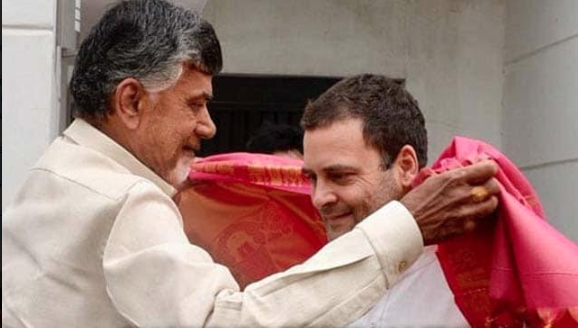 The exit poll results have not only rattled the Opposition they have also taken away the sheen of a few TV channel anchors who are unable to hide their disgust on the unfolding of the people’s mandate, even though they are not the actual results.

Pseudo liberals & Lutyens’ Delhi who had pronounced their verdict against Modi during the campaign, cannot digest the one-sided numbers and are claiming that the pulse of the nation was different when they criss crossed the nation.

They are hoping that the exit poll numbers will be proven wrong like the Brexit & Australian poll surveys. Since all the pollsters are pointing in one direction, it is cause for worry for the Opposition, particularly the Congress which had launched a massive campaign against the Prime Minister.

What is particularly worrying for the Congress is that it has failed to hold on to its gains in the 3 States of Rajasthan , MP & Chattisgarh which it had won just 5 months back. Thus the predicted losses for the BJP in these 3 States have not happened if we go by the exit polls, and the loss of 30 to 35 seats in UP which was expected due to the grand Opposition alliance in that State has been made up for by the party in Odisha, West Bengal & Karnataka.

Jagan Mohan Reddy’s rise in Andhra has been on predictable lines & he will make a sizeable dent into TDP’s votebank, thus neutralizing Chandrababu Naidu at the national level.

Keeping aside the exit poll results for the moment, even by conservative estimates the BJP would be hovering around the 240-250 mark & along with its allies including the Shiv Sena, JDU & the SAD it will go beyond the 272 mark.

If we go by the exit polls, the regional parties have performed as per expectations apart from the BJD in Odisha & the JD(S) in Karnataka which have seen BJP invading their bastions. BJP is also expected to hit Mamta’s citadel in West Bengal & the exit polls are a pointer to that.

But as said earlier, it would be interesting to see if the oldest national party is able to get into three figures or will it again bear the brunt of Modi’s onslaught & confined to two figures. Having already been ousted from the biggest State in the country (UP) seat-wise, if the Congress fails to secure any sizeable seats in the Hindi heartland, particularly the 3 States it won in 2018, it will be on the verge of being extinct & will only have a few seats to show in Punjab & a couple of other small States.

It will also cast serious doubts on the leadership of Rahul Gandhi as he led the Congress campaign from the front & tried to engage Modi one to one by making personal jibes at him. His ‘Chowkidar chor hai’ jibe reverberated throughout during his election campaign but obviously, if the exit polls are true, then this Chowkidar jibe has backfired on the Congress as it has failed to cut ice with the electorate.

However amongst all this exit poll euphoria, there is one politician whose enthusiasm has not sagged one bit & he is hobnobbing & meeting with all political parties desperately trying to stitch something even though he is losing his home State to his rival Jagan Mohan Reddy.

Well, that is optimism for you!