The Design of RTE – Part I 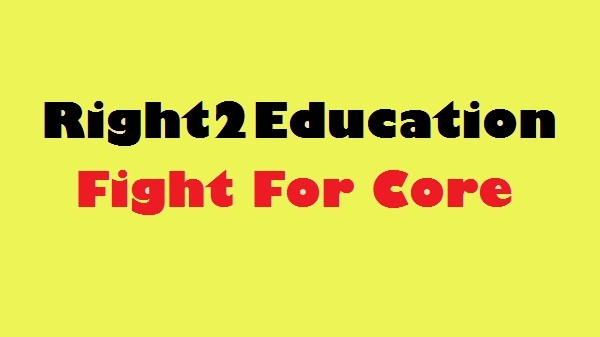 I would strongly recommend reading this article by Realitycheck India as compulsory reading before you venture further down this article on RTE.

There were two distinct parts to the RTE agenda that was pursued by the IOI brigade :

In this part, I hope to trace the route used by the RTE architects to permanently seal the deal with regard to admission of students.

The Supreme Court, in the 50+ years before RTE was enacted, had passed several judgements and observations that made it quite clear that the Government cannot have too much of a say in determining who got into a minority educational institution.

Very early in 1957, while commenting on the Kerala Education Bill, a 7 Judge bench made the following observation :

The above judgement made it clear that minority educational institutions can admit non-minority students.

In W Proost v State of Bihar, 1969, the SC made it clear that the minority status of the institution will not be affected at all, even if students from the majority or any other communities were admitted :

This choice is not limited to institution seeking to conserve language, script or culture and the choice is not taken away if the minority community having established an educational institution of its choice also admits members of other communities.

In TMA Pai Foundation & Others vs State of Karnataka, 2002, the SC went further and said that it is not possible, or is not required, to determine a proportion of minority vs majority students for the minority institution to retain its minority character:

The best possible way is to hold that as long as the minority educational institution permits admission of citizens belonging to the non-minority class to a reasonable extent based upon merit, it will not be an infraction of Article 29(2), even though the institution admits students of the minority group of its own choice for whom the institution was meant. What would be a reasonable extent would depend upon variable factors, and it may not be advisable to fix any specific percentage.

However, in the same TMA Pai Foundation & Others vs State of Karnataka judgement, one roadblock came up with regard to student admissions. The Supreme Court, while commenting on the right of the Government to have a say in admission of students to *aided* institutions, both minority and non-minority students, made some observations as below :

At the same time, the admissions to aided institutions, whether awarded to minority or non-minority students, cannot be at the absolute sweet will and pleasure of the management of minority educational institutions…..

It would be open to the state authorities to insist on allocating a certain percentage of seats to those belonging to weaker sections of society,  from amongst the non-minority seats.

The above 2 observations made it clear that if the State were to introduce any welfare measures that involved reservation of seats for welfare categories, the same would be applicable to aided minority institutions.

In my honest opinion, the genesis of the 93rd Amendment lies in the above judgement of the Supreme Court. By explicitly keeping minority institutions out of social welfare responsibilities, the 93rd amendment made sure that these institutions would not have to reserve seats, *even from amongst the non-minority seats*.

The 93rd amendment is produced below for easy reference. Notice the reference to both aided AND unaided minority institutions:

After the 93rd Amendment became a reality, the UPA government brought in the RTE Act in 2009.

However, it is interesting to note that in the original RTE Act passed by Parliament there was no explicit reference to the 93rd Amendment or Articles 29 and 30. Perhaps the IOI brigade felt that there was enough link between the two already.

However, in Unaided Private Schools of Rajasthan v Union of India, 2012, a 3 judge bench of the Supreme Court, due to the lack of direct mention of the 93rd Amendment (IMO), held that the RTE act was not applicable ONLY to UNAIDED minority educational institutions :

It is enacted pursuant to Article 21A. Applying the above tests, we hold that the 2009 Act is constitutionally valid qua aided minority schools.

Clearly, this was a big setback to the IOI agenda who wanted to ensure that the entire gamut of minority institutions were outside the purview of RTE. The solution that was engineered was another amendment to the RTE Act, the Amendment Act of 2010. This amendment added a new provision into Section (1) of the Act, bringing in a direct and explicit reference to Articles 29 and 30:

The Unaided Private Schools of Rajasthan judgement came in April 2012. The UPA Government amended the RTE Act in June 2012, within just two months!

This amendment meant that the RTE Act was subservient to Article 29, and, specifically, to Article 30. And note that Article 30 does not make any distinction between aided and unaided minority educational institutions. Further, Article 15(5) i.e the 93rd Amendment ensured that the State cannot impose students on aided and unaided minority institutions.

Therefore, soon after this, in 2014, in Pramati vs Union of India, the Supreme Court held that RTE would NOT apply to unaided or aided minority educational institutions! :

In the next part, we will try to analyze how the RTE was also designed to ensure that the minority institutions are completely out of the ambit of Govt regulations, from an administration point of view.

(This article first appeared on securecoreblog.wordpress.com and is being reproduced with the permission of the author, Hariprasad N).