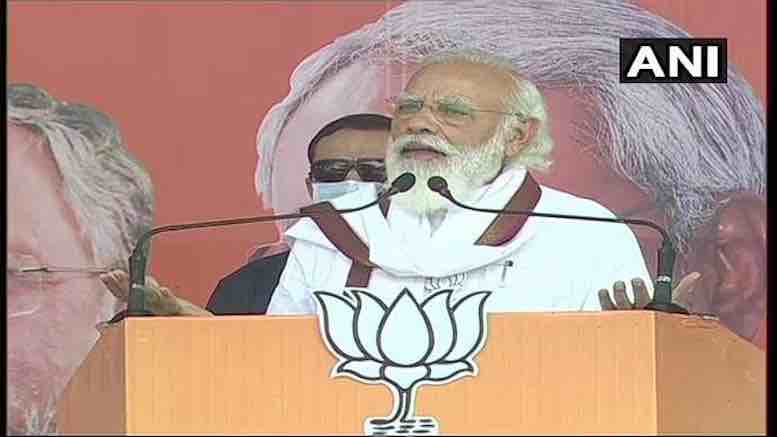 Can and should the entire muck be thrown at the prime minister, howsoever much a control freak he may be? Modi’s failures have been the subject of gloat in the foreign press. Their desi factotums continue to spin the overblown narrative with barely concealed glee. Only slightly less relevant is the other tantalizing query: Would a coalition headed by the Congress or any other have fared better?

The bluff of those blaming Bharat for fluffing things up big time needs to be instantly called. No country could have managed a life threatening crisis of such unforeseen proportions, however prosperous, medically advanced and resourceful, least of all a country with the world’s second largest population and a wobbly health infrastructure. China, the villain of the piece, got away because its communist regime ensured that no information on  infections and deaths filtered through.

The global disinformation campaign would have us believe that only Bharat is fighting with its back to the wall. And yet despite all the damage to its repute, it is the world’s most powerful country with a population of 330 million, the U.S., which tops the charts of active infections at 6,441,257 and deaths at 595,812, as on May 10, 2021 (Source: Statista.com). Bharat is a distant second with 3,745,207 active infections and 2,46,146 deaths.

The politically savvy will admit that the second corona wave has given the asphyxiating Opposition a new lease of life. Hopes of weaponizing corona to politically demolish Modi had been nursed even during the first onslaught. Much to their dismay it never fructified till the PM blundered by declaring a premature victory over the pandemic at the World Economic Forum meet at Davos in January. Pooh-poohed from its podium were the doomsday sayers who had predicted 700-800 million infections and more than two million deaths.

The government could still have found an escape route on the plea that waxing eloquent at global conferences is the done thing, and showcasing a country’s achievements among the objectives. What gave the game away was the short-sighted resolution passed at the party’s National Executive Meet in February even as the second wave was rearing to puncture the PM’s claim.

The resolution read: “It can be said with pride that India not only defeated Covid under the able, sensible, committed and visionary leadership of Prime Minister Modi but also infused in all its citizens the confidence to build an atma-nirbhar Bharat.”

Hyperventilating Modi’s record without a parallel self-assessment of the government’s difficulties and deficiencies has been the bane of the ruling BJP. It does not know the fine art of underplay. Sharing credit is beyond its pale. For even if the virus is conquered in the next few months or years, the success will belong to the thousands of doctors and health workers working 24/7 across hospitals and nursing homes. The government’s goodwill will depend on how well it facilitates the process, creates the environment for the long road to recovery. It can win only by ensuring that lives are saved. Humility, unfortunately, is alien to the Modi-fied BJP.

Warnings of the approaching storm were ignored. The first came in a report tabled on February 2 in the Rajya Sabha by a parliamentary panel on health and family welfare, and another the very next month by a government formed forum of scientific advisers. Even if the PM’s office had taken time by the forelock around late February-early March to ramp up the production of vaccines and oxygen, supplies of ventilators and other ICU equipment, things might have been better.

Things could have been so much better has been the common refrain of critics. Things, of course, can always be better even when they are good. Which begs the question why did not things get better in the last 70 years, a question which Modi’s self-appointed monitors have never answered because that would expose their flanks. They, nevertheless, expect their rivals to do in seven years what they could not accomplish in seventy.

Give the dog a bad name and hang him then remains the sole option. Photos of mass cremations, dying patients, chaos in hospitals, have been hogging prime space in leading world publications with the sole objective of sullying the government’s image to generate public disaffection and engineer riots. A social media post of a top Congress leader known for his crooked ways, did, in fact, express the hope that the people raise the banner of revolt.

Poor messaging continues to hobble the Modi regime despite the hard work being put in by its senior ministers and officers. How else could the impression that its ministers and officers have abdicated their responsibilities have gained ground even among its backers when considerable ground had been covered in strengthening the health infrastructure. Doubting Thomases can access the complete list of its initiatives on the health front at the government websites, the biggest of which is the opening of AIIMS subsidiaries in several states.

Tied to the criminal neglect of communication is the centralization of authority in the PMO. Most of the government’s problems in the last six years stem from its determination to control every aspect of the narrative. Failure to come to grips with the Covid cataclysm revealed its pitfalls as never before.

Vaccine nationalism coupled with the mulish refusal to import established injectable brands despite skyrocketing infections invited a ceaseless volley of brickbats which have still to end. Bafflingly enough, crucial decisions like the formation of a National Task Force were not taken. If the Supreme Court was compelled to muscle its way in, the government has only itself to blame.

Modi could have spared himself much trouble by letting the states manage the bulk of their needs with the Centre chipping in when necessary. Especially since health is a state subject. His desire to be seen as the sole solution provider exacerbated the distress, adding to the loss of lives. By the time the benefits of disbursing accountability was realized, things had gotten out of hand.

Modi is lucky he has time on his side. With three more years to go before he faces the electorate, there is enough scope for him to make a course correction. It is difficult to say how the pandemic will play out in the interregnum. The 2022 Uttar Pradesh poll will be an acid test.

What is certain is that Covid will impact Modi’s political prospects. 2024 no longer seems a walkover. He will have to work harder than usual to retrieve lost ground.