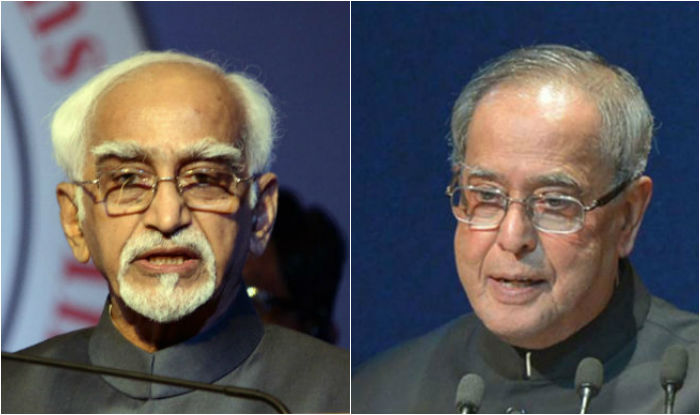 The news of ex-President and veteran Congress leader Pranab Mukherjee accepting the invite to visit RSS headquarters in Nagpur sent shock waves in Congress circles. Various Congress leaders urged him to reconsider the decision and to call off the visit.

Congress has branded RSS as communal, extremist and anti-national – so much so, that they even held RSS responsible for conspiring the 26/11 Mumbai Attacks, thus giving a clean chit to LeT and Pakistan. With such a history of demonization of RSS, it was indeed a shocker within the party circles that erstwhile Congress minister and former President of Bharat, Pranab Mukherjee, agreed to attend the annual event of RSS at Nagpur.

The RSS, on its part, claimed even Mahatma Gandhi and Jaiprakash Narayan attended their functions, and former prime minister Jawaharlal Nehru had invited its workers for the Republic Day parade in 1963 after being impressed with its work. Also, the RSS has a tradition of inviting people not belonging to its ideological line of thinking to its important programmes in Nagpur.

Before commenting anything on this visit, Congress conveniently forgot that the ex-Vice President of Bharat, Hamid Ansari, chose to attend the conference of Popular Front of India (PFI), a radical Islamist organisation, soon after vacating his office. Hamid Ansari was one of the blue-eyed boys of the UPA administration – an ex-IFS diplomat, he served as Vice-Chancellor of Aligarh Muslim University from 2000-02; then during UPA-1, he was first appointed as Chairman of National Minorities Commission from 2006-07; before being elevated to post of VP in 2007 and re-elected in 2012 by UPA-2.

In his farewell speech to ex-VP Ansari, PM Narendra Modi had said “now that you have been liberated, you will have the happy feeling of freedom and you will get an opportunity to work, think and talk according to your basic ideology and instinct.” This act of attending a PFI conference by the ex-VP probably reinforced the ‘basic ideology’ that he wanted to ‘work’ upon.

Remember, PFI questioned the ‘unusual hastiness shown by the ruling machinery’ in hanging Kasab, the terrorist caught alive during 26/11 Mumbai Attacks. It also alleged that he was handed over to Bharat’s intelligence agencies in Nepal and had nothing to do with the attacks.

In 2013, Kerala police raided an arms training center run by the PFI at Narath, Kerala. The police discovered human dummies, bombs, weapons including swords, hatchet, iron rods from the house of a PFI activist. As many as 21 mobile phones were recovered from a motorcycle there. It is to be noted that in 2016, National Investigation Agency (NIA) Special Court sentenced 21 accused in the Narath arms training camp case to varying years of imprisonments after they were found guilty of offences charged under various sections of the Indian Penal Code, Arms Act, and the Unlawful Activities (Prevention) Act.

The dangerous hypocrisy of Congress can be seen in their reaction to these two events – it never questioned an ex-VP attending the conference of a proven terrorist organisation, while it objected to an ex-President attending RSS’ annual event. It appears that Congress is now firmly allied with the #BreakingIndia forces.