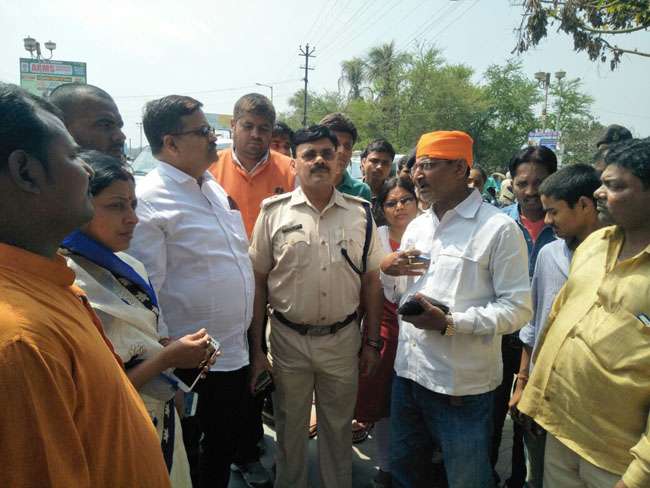 70-year-old Ram Chandra Yadav, father of BJP leader Tej Narayan Yadav, was beheaded with a sword last night in Bihar’s Darbhanga district by Muslim supporters of Lalu Yadav’s RJD party, Dainik Jagran has reported. The BJP’s leader brother Kamal Yadav (20) who tried to save his father was also attacked and his condition is critical.

Tej Narayan Yadav is the BJP President of Behla panchayat and a resident of Bhadha village in Sadar police station area. He had named a chowk in his village as Narendra Modi chowk, which was opposed by Muslim residents of nearby Bijuli and Luam villages who are RJD supporters. This dispute was ongoing for some time and had even reached police who failed to resolve the matter.

Sensing the gravity of the situation, Ramchandra Yadav took his son away from the spot and tried to reason with the RJD supporters on why they are abusing the country’s PM. On this, the RJD supporters attacked him with a sword and beheaded him. Kama Yadav rushed to save his father, and even he was attacked with a sword and injured grievously. The rest of the family members were too stunned to do anything against the large mob.

BJP workers came out in large numbers to protest in Karpuri Chowk of Darbhanga town, demanding arrest of all attackers and suspension of Sadar police station in-charge.

Hindus constitute 77% and Muslims 22% of Darbhanga district’s population as per Census 2011. Kirti Azad from BJP is sitting MP from Darbhanga, while the 6 assembly constituency seats are currently split between RJD (3), JDU (2), BJP (1).