Bharat’s Hour Of Reckoning With China 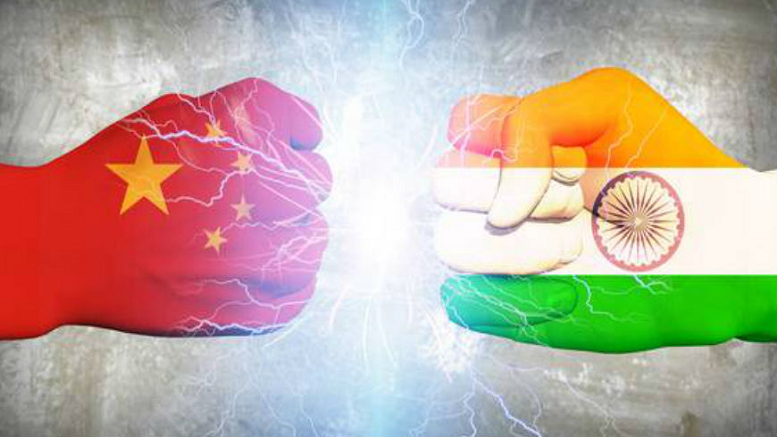 The 4057 km line of actual control between China and Bharat extending from Ladakh in the western sector to Arunachal in the eastern sector has been frequently violated by China in the last two decades and more as part of its nefarious design to extend its boundaries.

The fluidity and ambiguity of the LAC has been exploited by China time and again to make incursions in the Bharatiya side. Following this modus operandi, China has been shifting the LAC to suit its needs breaching 60 to 70 kms of Bharatiya territory and then retreating 20 to 30 kms in the wake of opposition from Bharat.

China was ably assisted in its encroachments and incursions by the lack of infrastructure on our side which hampered quick deployment of men and material.

However, in the last 6 years, Bharat under Modi has taken care of this impediment much to the chagrin of China. Thus, Bharat has ramped up its road network along the border and constructed airstrips in the eastern sector for quick reinforcements.

The BRO (Border Road Organization), which has been brought under under the direct purview of the defence ministry since the Doklam stand off in 2017, plans to complete 61 ICBR’s ( Indo China Border Roads) assigned to it by December 2022, totaling approximately 3,400 kms.

The recent construction of the 255 km Darbuk – Shayok – Daulat Beg – Oldie road (DS DBO) has irked China and Bharat should care two hoots about it since the road has been built on our side. The road which has been blacktopped till 211 kms connects Leh to the base of the Karokaram Pass and will reduce the time taken by the army to reach near Aksai Chin from 2 days earlier to 6 hours now. China fears that the Bharatiya troops will have access to the Lhasa kashgar highway and has intruded into the Galwan valley with an intention to block the DS DBO road.

According to some defence analysts and experts, China has already secured and fortified 30 to 40 sq kms of area on our side in the Galwan valley including the adjoining hill tops which the MEA and the Ministry of Defence are in denial. This is a very serious strategic development and will put our forces at a clear disadvantage. According to Lt General (Retd) H S Panag, “PLA has crossed LAC & secured 3 to 4 km of our territory along Galwan river and the entire area between finger 5 and finger 8 along the north bank of Pangong Tso a distance of 8-10 km.”

The former GOC Northern command says that there seems to be minor incursions in the area of hot springs, in Ladakh’s Chang Chenmo River valley and at Demchok. “My assessment is that PLA has deployed maximum one brigade each in Galwan river valley and along the north bank of Pangsong Tso. If a brigade size force has secured 3-4 kms in Galwan river it implies that the heights to the north and south have been secured thus securing a total area of 15 to 20 sq km and if China subsequently realigns its claim line based on the area secured the net area secured would increase exponentially.” These are serious observations being made by a former northern commander who has been at the helm on the ground.

Talks or no talks Bharat has to ensure that status quo ante is restored to the pre-April positions even if its involves a skirmish or a battle as otherwise we will be acceding a big area to the Chinese.

China has been manipulating the LAC for too long now and using its much familiar bullying tactics to make inroads into our territory without any provocation from our side. It is in illegal occupation of about 37,000 sq kms of Aksai Chin which is a part of the union territory of Ladakh and it has illegally constructed roads as part of its CPEC (China Pakistan Economic Corridor) farce in POK through Gilgit Baltistan.

China under Xi Jin Ping has been unabashedly and incessantly bullying and threatening countries into subjugation through its debt diplomacy and military might as part of its surreptitious and hegemonic designs.

China has been using this policy in the South and East China sea and against nations like Japan, Malaysia, Vietnam, Indonesia, Taiwan & Sri Lanka to name a few apart from the African nations like Ethiopia, Zambia, Republic of Congo and Sudan.

Bharat has not fallen for this trap and has rebuffed and resisted China’s moves but that has not deterred the dragon from breaching the LAC at will and setting up structures close to our positions. The Doklam stand off showed Bharat’s resilience and the current stand off in Sikkim and Ladakh has reinforced that steely resolve. Reinforcements, heavy troop & artillery deployment, and matching man for man & machine for machine is the only language that China understands.

Modi’s friendly overtures towards Xi Jin Ping in Sabarmati and Mahabalipuram were returned firstly with PLA’s intrusion while the Chinese President was still in Bharat and with a visit to Nepal after a tete-a-tete with Modi in Mahabalipuram. The outcome of that visit by Xi Jin Ping to the Himalayan kingdom is for all to see. China cannot be trusted at any level and we have had enough of China appeasement.

We cannot carry the scars of the 1962 defeat for ever and let that guide our future approach to China. Time has come to take China headlong be it diplomatically or militarily if we have to safeguard our borders and take back our territory (Aksai Chin and POK).

China has left no stone unturned in humiliating us at world forums be it blocking our entry to the NSG, the UN security council, siding with Pakistan on Kashmir, delaying designating the likes of Hafiz Sayed and Masood Azhar as international terrorists not to mention the aid to Pakistan’s nuclear programme, aiding and abetting terrorist activities in J&K through Pakistan.

Bharat on its part should pay China back in the same coin and not hold back in embarrassing China on Tibet which it holds against the wishes of Tibetans and the ethnic cleansing being carried out there, its genocide of Uighur Muslims in Xiangiang province and above all in naming and shaming it for the Chinese virus, it has unleashed on the world which has left nearly half a million dead and over 7 million infected till now.

The quadrilateral cooperation between Bharat, America, Japan and Australia should be further strengthened and joint naval exercises should be conducted by these countries in the south China Sea and Indian Ocean to check China’s dominance. Countries like Vietnam, Maldives , Bhutan, Mongolia, Philippines and Sri Lanka which have been victims of China’s debt diplomacy and hegemony should be romped in to create a strong buffer against China.

Bharat should not shy away from openly opposing China on the world platform and in Asia as the former’s weak kneed approach in the past 2 decades has only emboldened the latter into committing border transgressions, blocking Bharat’s entry to the Nuclear Suppliers Group (NSG) and the security council and preventing and stalling the capture of terrorists who have waged a war against our country.

But before that happens China has to be taught a lesson on the ground by expelling it from our territory in the Galwan Valley, lest we are dealt with another psychological blow by the dragon.