The global outbreak of Coronavirus, also known as Chinese virus, has brought the world to its knees. The world economy has been crippled and the death chart of many nations, especially western countries, is increasing exponentially.

Despite such a huge responsibility, Bharat should provide it’s help to only those nations which are truly supportive of Bharatiya interests and hence any humanitarian aid, or commercial supply of HCQ to Turkey, Malaysia and Iran should be avoided, and we should ensure that siphoning of the medicine to these nations doesn’t take place through brokers offshore.

The reason to do this is the blind religiously motivated support that these nations provide to Pakistan on Kashmir, or their brazen attempt to interfere in the internal affairs of Bharat, be it either speaking against “Abrogation of Article 370” or speaking against “Implementation of Citizen Amendment Act (CAA)”.

Even Iran and Turkey’s comments on recent Delhi riots were provocative, as they called it a ‘crime against Muslims in India by Hindu mobs’, whereas the truth was that Hindus were equal victims in this riot which broke out after Muslim mobs took over multiple streets in Delhi to replicate the anti-CAA Shaheen Bagh sit-in where they had illegally blocked an arterial road for more than 2 months.

The Muslim councillor of Delhi’s ruling party was seen inciting a Muslim mob to attack Hindus and he is now under arrest. Other Muslim MLAs of the same party were seen delivering inflammatory & violent speeches before  the riots, or were accused of managing rioters by eye-witness victims.

The Islamic nation of Malaysia has been very vocal on Kashmir despite the fact that it is Bharat’s sovereign territory as per an accord signed between Nehru, Bharat’s first PM, and Maharaja Hari Singh, the erstwhile ruler of princely state of Jammu & Kashmir. Malaysia has also sheltered Zakir Naik, a radical Islamic preacher, responsible for the indoctrination of terrorists who carried out attacks like 2006 Mumbai train blasts, Dhaka Holy Artisan cafe terror attack. Zakir Naik, who is banned from many countries, used to give hate speeches and incited many through his TV channel “Peace TV”. Malaysia’s PM Mahathir Mohamad refused to extradite Zakir Naik to Bharat despite multiple requests by Bharat to hand him over.

The Bharatiya establishment should take cognizance of these statements and developments happening against Bharat, and act with an iron hand against these nations by reciprocating with trade bans such as scrapping of the $2.3 billion shipyard deal with Turkey. There is a ban on import of palm oil from Malaysia and Iran’s crude oil import is also reduced due to US sanctions on Iran, but this isn’t enough.

Not supplying HCQ will send a silent but strong message to the leadership of these nations, and will also enable the opposition parties and public in these nations to question the anti-Bharat policies of their government. Our diplomacy can further play a role by taking up human rights issues and minorities rights records of these nations which are very poor. Even with UAE to whom we are providing HCQ, we should ask the Government there to pardon the Bharatiyas who have been arrested for social media comments made in the heat of the moment after targeted harassment by a cabal of Indian Islamists.

Recently, Bharat condemned Turkey’s offensive actions against Syria – this rattled Turkey’s President Erdogan and his global image took a hit. Further actions like selling of arms to Syria to defend itself against Turkey and asking for freedom of religious practice for non-Muslim in Iran will put pressure on these nations and thus give a strong message to Organisation of Islamic Cooperation (OIC) countries that they have to drop their religious bias and sit across the table with Bharat for dealings that are mutually profitable and equally respectable.

Such actions by Bharat would be consistent with the principle of reciprocity in international relations. Our country has always believed in the idea of ‘Vasudhaiva Kutumbakam’ (the world is one family) and we wish the world overcomes the COVID-19 pandemic and humanity prevails. 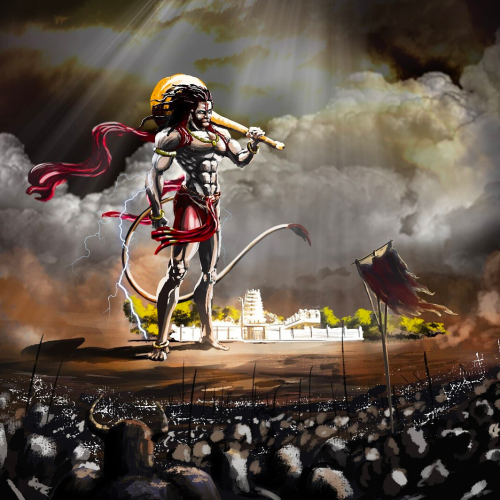