Abused, humiliated and vilified in CWC meet after the 2020 letter: Azad 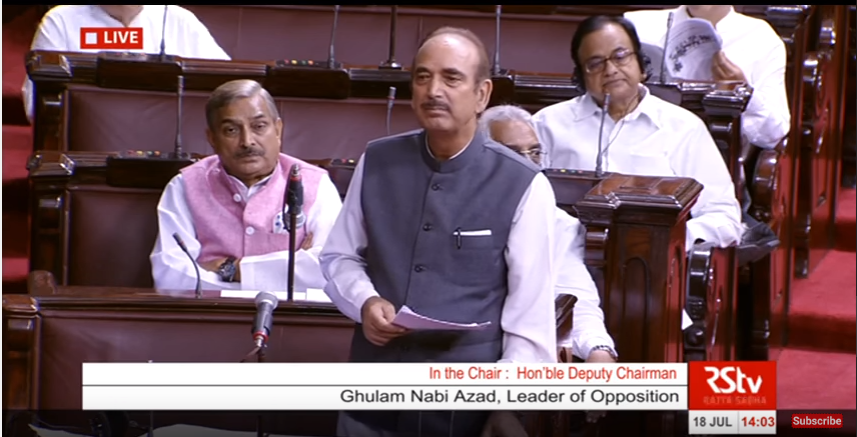 Congress leader Ghulam Nabi Azad in his resignation letter has accused the CWC members of humiliating him after the G-23 leaders wrote a letter to Sonia Gandhi.

“The only crime committed by the 23 senior leaders who wrote that letter out of concern for the party is that they pointed out both the reasons for the weaknesses in the party and the remedies thereof. Unfortunately, instead of taking those views on board in a constructive and cooperative manner we were abused, humiliated, insulted and vilified in an specially summoned meeting of the extended CWC meeting,” he said.

“In the August of 2020 when I and 22 other senior colleagues, including former Union Ministers and Chief Ministers wrote to you to flag the abysmal drift in the party the “coterie” chose to unleash its sycophants on us and got us attacked, vilified and humiliated in the most crude manner possible,” he added.

The veteran leader alleged that on the directions of the coterie that runs the AICC today his mock funeral procession was taken out in Jammu and those who committed this indiscipline were feted in Delhi by the General Secretaries of the AICC and Rahul Gandhi personally.

“Subsequently the same coterie unleashed its ‘goondas’ to physically attack the residence of a former Ministerial Colleague Sh. Kapil Sibal who incidentally was defending you and your kin in the courts of Law for your alleged attacks of omission and commission,” Azad wrote in the letter.

He said that the only crime committed by the 23 senior leaders, who wrote that letter out of concern for the party, is that they pointed out the reasons for the weaknesses in the party and also suggested the remedies.

He said, “Since 2014 and subsequently under the leadership of Rahul Gandhi, the INC has lost two Lok Sabha elections in a humiliating manner. It has lost 39 out of the 49 Assembly elections held between 2014-2022.

“The party only won four state elections and was able to get into a coalition situation in six instances. Unfortunately, today, the INC is ruling in only two states and is a very marginal coalition partner in two other states.”

He alleged that since the 2019 elections, the situation in the party has only worsened. After Rahul Gandhi stepped down in a “huff and not before insulting all the senior party functionaries, who have given their lives to the party, in a meeting of the extended Working Committee, you took over as interim President”.

“Worse still the ‘remote control model’ that demolished the institutional integrity of the UPA government now got applied to the Indian National Congress. While you are just a nominal figurehead all the important decisions were being taken by Shri Rahul Gandhi or rather worse his security guards and PAs,” he alleged.