Give
HinduPost is the voice of Hindus. Support us. Protect Dharma
GIVE
18.6 C
Sringeri 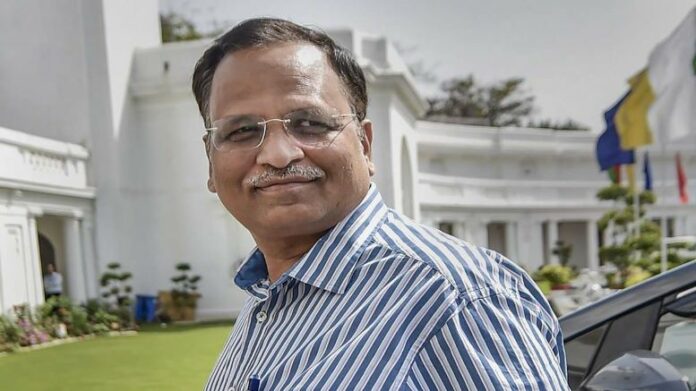 ED (Enforcement Directorate) has raised complaints about arrested AAP leader Satyendra Jain getting VIP treatment in Tihar Jail which includes body massages and home-cooked food. Jain is in jail in a money laundering case on the basis of an FIR lodged by CBI (Central Bureau of Investigation) in 2017.

Jain, arrested by the ED for corruption charges under the Prevention of Money Laundering Act (PMLA), is currently in judicial custody. The ED had arrested Jain and two others in a money laundering case based on a CBI FIR lodged against the AAP leader in 2017 under the Prevention of Corruption Act. He is accused of having laundered money through four companies allegedly linked to him.

The probing agency, in this regard, has submitted an affidavit in the court alleging that the corruption-accused minister is spending nothing but a luxurious life inside Tihar Jail. It has also submitted all the CCTV footage as evidence of Jain’s luxury in Tihar Jail to the court.

In its affidavit, the ED has complained that the AAP leader is getting all the facilities like body massages. According to the CCTV footage, the jail superintendent meets Jain every day against the rules to enquire about his well-being. Also, defying the court order, the leader is being provided with home-cooked food inside jail.

According to the probing agency, Jain’s wife Poonam often visits him inside the jail, which is against prison rules. ED claims that as per the CCTV footage, Jain often meets other accused Ankush Jain and Vaibhav Jain inside his cell in Tihar, which is not good for the case.

Such five-star luxuries in jail are available to politicians converting their punishments into a picnic. In 2017 it was reported that Lalu Prasad Yadav was enjoying luxuries in prison. He was provided with a mosquito net, a TV set, and home-cooked food. Similar irregularities were reported from Bengaluru Central Prison where Sasikala was preferential treatment by the authorities.

“A jail term would typically mean a life devoid of freedom and common luxuries and in accordance with the jail rules which are not only challenging but ensure that a prisoner’s life is under constant watch. However, if you’re a VIP prisoner in India, your stay in jail might not be all that tough”, FirstPost said in its article detailing the privileges enjoyed by ‘high profile’ prisoners.

This is indicative of the deep rot in the police administration and the need for reforms. Also, jail authorities must be held accountable for such lapses.

Satyendar Jain will not be allowed visitors for 15 days