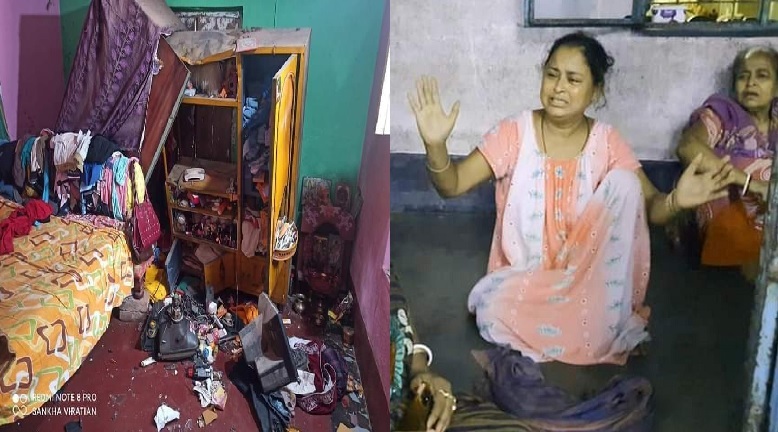 A fact-finding team headed by a retired High Court Chief Justice has found that there were 15,000 incidents of post-poll violence in West Bengal in which 25 people were killed and 7,000 women were molested.

16 out of the total 23 districts of the state were affected by the post-poll violence, which the team found was ‘premediated, organised and conspiratorial’. So severe was this targeted violence against BJP workers and supporters that many were driven out of their homes and had to take shelter in camps within and outside the state, in Assam, Jharkhand and Odisha. The team found that in many cases of violence, WB police was hand-in-glove with the perpetrators.

The five-member team constituted by civil society group ‘Call for Justice’ was headed by former Chief Justice of Sikkim High Court Justice (Retd.) Permod Kohli, and also included two retired IAS and one IPS officers. They have submitted their report to the Union Home Ministry. Union Minister of State for Home G Kishan Reddy told reporters that the Home Ministry will study the report and will try to implement its recommendations.

The report stated that the magnitude and reach of the post-poll violence touched many villages and towns all across West Bengal simultaneously beginning the night of May 2 when the results of the assembly elections were declared.

The report was prepared after the five-member team visited West Bengal and met a cross section of people there. According to the report, some of the hardened criminals, mafia dons and criminal gangs who were already in police records allegedly “led and carried the deadly attacks unhindered, (which) reveals that there is clear political patronage even before the elections and same being used to silence the political rivals“.

The report claimed the incidents of targeted destruction and vandalisation of properties, residential and commercial, have the sole purpose to deprive people of their livelihood and choke them economically. It claimed that the worst-affected people are those who depend on day-to-day work or business who are pushed into financial degradation and unmitigated misery.

“In most of the cases, victims were afraid to lodge a complaint with the police either due to fear of reprisal or due to the lack of faith in the police. Those victims who gathered courage and went to report, police either turned (them) away to settle the matter with the culprits or flatly refused to register the case. Many people left their homes and villages to safer destinations and took shelter in camps within and outside the state,” the report said.

The fact-finding team suggested that the report should be placed before the Supreme Court.

They also suggested that the central government should initiate disciplinary proceedings on those delinquent officers, including all-India service officers, who failed to discharge their duties in protecting lives and destruction of properties.

Yesterday, an NHRC team visiting West Bengal was attacked in Jadavpur area of Kolkata when it went to survey houses of BJP supporters that were burnt and vandalized. A huge number of victims turned up to narrate their woes to the NHRC team, forcing them to extend their visit.

The findings of this fact-finding team corroborates what HinduPost had reported after talking to grass-roots activists, and what other journalists have uncovered during their visits. The scale of the targeted violence in West Bengal is unlike any that the modern Bharatiya state has seen after partition. The mass rapes and sexual assaults are probably unparalleled, and the exodus of people is comparable to the Kashmiri Hindu exodus in 1990.

It now remains to be seen what action is taken by the Supreme Court and Centre.