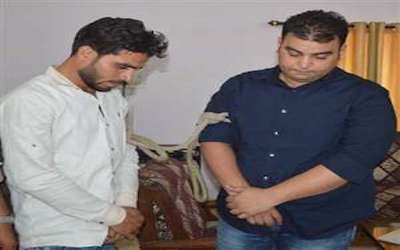 A woman was gang raped in a car on the Yamuna Expressway by two men – Salman and Sajid – on Saturday night. She was abducted from Noida and was dumped in Krishna Nagar area of Mathura, from where she managed to call UP-100 police helpline, Hindi daily Dainik Jagran has reported.

Based on the woman’s testimony, police intercepted the Honda city car and arrested Salman and Sajid, both residents of Nai Abadi, Dadri, Gautam Buddha Nagar district.

The survivor, who is a native of Meerut, used to work in a private job in Greater Noida. Salman worked in a electrical goods shop nearby. The two got to know each other around 15 days back, and  sometimes Salman would drop her from office to home.

On Saturday at 5 PM, Salman again offered to drop her home and she got into his car. His accomplice Sajid boarded the car near Galgotia college. The two then forcefully took her on the Expressway towards Mathura.

They stopped the car on the highway and gang raped her – the car windows had dark film and they played loud music to drown out the woman’s screams.

Based on the woman’s complaint, a case of gang rape has been lodged against both accused and they have been sent to jail. The medical report has confirmed gang rape.