Will Wang Yi’s likely visit lead to a thaw in Bharat-China relations? 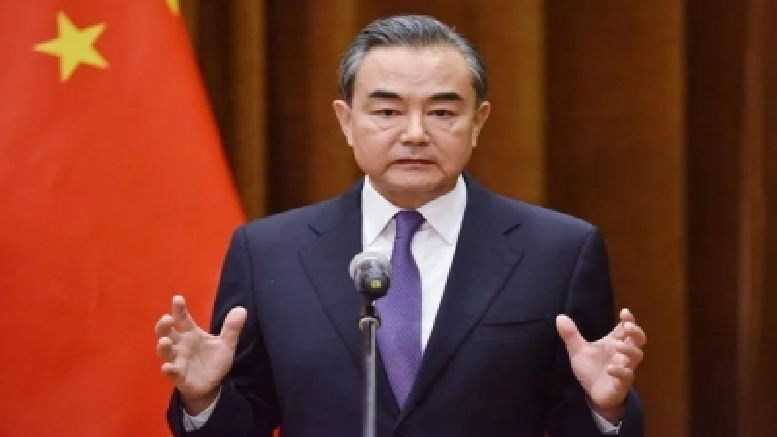 On March 14, Nepalese media widely reported that Chinese Foreign Minister and State Councilor Wang Yi would visit Kathmandu on March 26 for a two-day visit. He would call on Prime Minister Deuba and hold talks with Foreign Minister Narayan Khadka. The visit could be related to signing documents related to projects that fall under China’s mega-connectivity Belt and Road Initiative (BRI).

Wang appears to be embarking on a pan-South Asia tour. The Ministry of External Affairs (MEA) has confirmed having received a request from China for the visit. If New Delhi concurs, Wang’s visit would be the first high-level visit from China following the massive troops build along the Line of Actual Control after May 2020, followed by unarmed combat between the Bharatiya and PLA troops in the Galwan valley area in which 20 Bharatiya soldiers were killed and an unspecified number of Chinese troops lost their lives.

But apart from the tensions along the border, especially in Eastern Ladakh, several other background factors seem to be driving the Chinese diplomatic outreach. Nevertheless, border tensions will weigh heavily in the minds of both discussants given the statement by Indian Minister of External Affairs, Dr S Jaishankar, that there can be no “business as usual” until there is complete disengagement and de-escalations of the massive troop buildup along the LAC.

For Bharat, astute diplomacy would be required to make headway on the disengagement issue. One would guess that for the External Affairs Minister, this would be a priority.

Perhaps for China, there is much more at stake.

Ukraine Russia war and China’s tacit support to Russia has negatively impacted its image in the international community. While Bharat too has abstained from voting against Russian aggression, it has some justifications. Bharat has also appealed to both Russia and Ukraine to end hostilities and begin talks. China, on the other hand, has reiterated its friendship with President Putin, thereby giving an impression of standing with Russia in this conflict.

According to some accounts in the western media, Russia has also requested arms and ammunition assistance from China. China would like to make amends to this impression by taking regional countries of South Asia along for a peace process. It would be no surprise if Wang Yi tours ASEAN after this visit. It must be remembered that Wang is nearing the end of his tenure as Foreign Minister and this would be his last visit to South Asia. He would like the tour to finish on a positive note.

Another important compulsion of China is the forthcoming BRICS summit under Chinese chair. It may be recalled that prior to one BRICS summit, the Doklam crisis was resolved. This summit is expected to include PM Modi apart from other heads of States. This presents Bharat with yet another diplomatic challenge. PM Modi standing with President Putin and General Secretary Xi Jinping could be seen as supporting the Russian invasion of Ukraine.

China’s economic influence on South Asian nations has become a security concern for Bharat given its proximity and Chinese encroachment in these countries. Bharat has opened a $1 Bn credit line for Sri Lanka two days ago to bail it out from the economic crisis as a result of Chinese debt. Recently concluded NSA level meeting at Colombo Security Conclave too, must be weighing on the minds of China.

Last few meetings of Bharat’s EAM and Defence Ministers with their counterparts have focused on the LAC standoff. The 15th round of Corps Commanders talk has not yielded any movement on ground.

Russia has been ejected from the SWIFT mechanism which facilitates foreign currency movements worldwide. It has already joined the alternate Chinese system which probably has 30+ countries as participants. This is an attempt to provide an alternative to US dollars for international transactions which often has serious geopolitical implications.

China is attempting to decouple the financial system from geopolitics. This may just be a pointer of alternate international order. China’s leadership will marginalize the supremacy of the dollar as a currency for energy trade.

Given the rapidly changing geopolitical paradigm both, in the Eurasian supercontinent and the Indo Pacific where China’s aggressive behaviour towards Hongkong and Taiwan, and Russia’s relative economic and military decline post Ukrainian invasion has provided China with a leadership opportunity.

For Bharat, it is probably decision- making time on whether to stay firm on its foreign policy of aligning on issues or make minor course corrections. If this meeting of two Foreign Ministers goes through, the joint statement will have to be drafted and crafted with great finesse where it reflects Bharatiya views very clearly. Border issue would probably be the basis of any further cooperation. On the financial front Bharatiya bilateral agreements may not necessitate becoming a participant in toto of any one system.

While diplomatic channels for future dialogue must always be open, any commitment without making progress in the LAC issue may not be politically acceptable.

Participation of PM Modi in the BRICS summit in person will largely depend on the outcome of Wang Yi- Jaishankar talks. Bharat, having walked a tightrope with great skill during the last Quad virtual summit by standing firm on principles of its formation, forthcoming China India talk should see Indian diplomacy at its best.