Who killed Cabbie Kuldeep Thakur? Was it Juveniles Belonging to ‘The Other Community’? 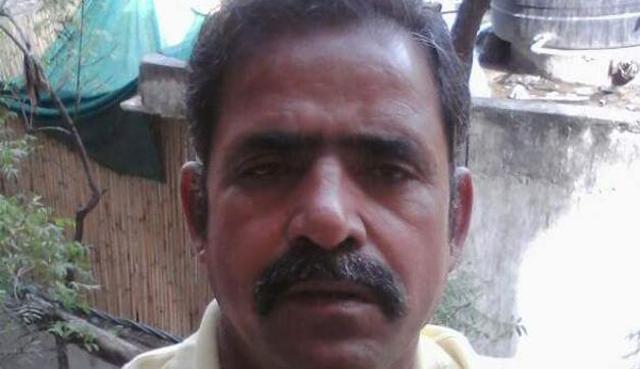 After the brutal lynching of Dr. Pankaj Narang, Delhi has been hit with another violent crime involving juveniles. On 6 April, 51 year old Uber cab driver Kuldeep Thakur was shot dead at point blank range by two of his passengers, minor boys aged 16 & 17.

As per new reports, the murder took place on Wednesday evening around 4 pm-

“The two juveniles had booked the Uber cab from southwest Delhi’s Najafgarh area and were going to Hiran Kudna in West Delhi to a friend’s place. Thakur picked them up but the juveniles, in their confession, said they asked him to take another route which they said was a shorter one. They kept taking him here and there after which he got agitated and asked them to let him drive properly .

This instigated the juveniles who began to abuse him and mocked his native place Mandi in Himachal Pradesh, saying it sounded like an abuse in Hindi. Thakur retaliated, which led to a scuffle inside the cab. Following this, one of the juveniles whipped out a pistol and shot him twice from point blank range. They drove to an isolated place, dragged out the body and dumped it in the middle of a paddy field. They then drove the cab to Najafgarh and parked it in an isolated spot. They removed the numberplate and put it in the boot. They went home and confessed their crime before their father.”

The pistol belongs to one of the boys’ father. Lets look carefully at what the TOI news report has to say about the father of the boy who shot dead Kuldeep Thakur –

One can understand the juveniles names being withheld, but why withhold the name of the father? Is this standard protocol by police & media in cases involving juveniles? No, two recent cases show that this is an exception – the norm is to reveal the parent’s identity when a juvenile commits a serious crime.

There was another case this week from Delhi where a minor boy driving a Mercedes crushed to death a 32-year old man. The media and police gave out the name of the father of the boy in that case – Chawri Bazar businessman Manoj Aggarwal. And this is the right thing to do – parents are responsible for not instilling the right values in their children who end up committing crimes – 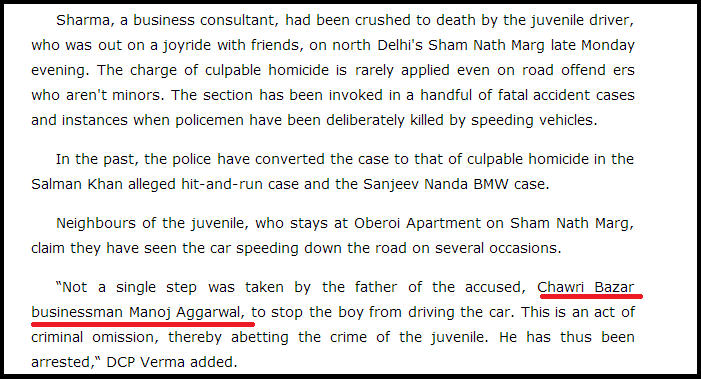 When Dr. Pankaj Narang was lynched to death, DCP Monika Bhardwaj of Delhi police had even revealed the religion of the juveniles involved in that brutal crime! 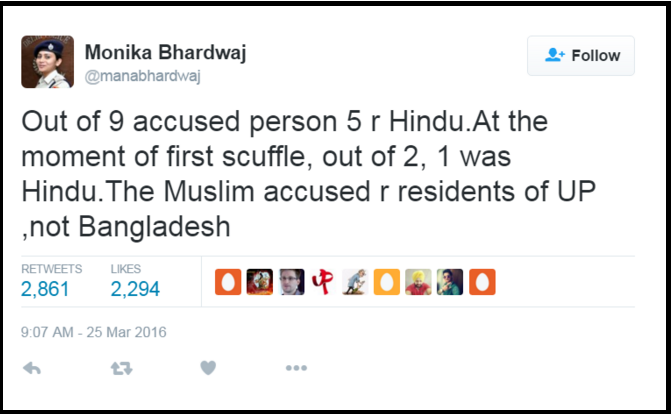 Why is the name of the juvenile’s father withheld – even though he is absconding?

So why is police and media tight-lipped in this particular case? Given that the accused boy’s father (a history-sheeter as per media reports) is absconding with the murder weapon, shouldn’t his name be publicized far & wide so that anyone who has information about him can inform the authorities? The answer probably lies in this hint in those same media reports –

The Nizam was opposed to the integration of his princely state of Hyderabad with the Union of Bharat in 1947, and apart from his formal Army, he funded a private Muslim militia led by one Qasim Razvi – The Razakars – to oppose Hyderabad’s merger with Bharat. The Razakars, as is well documented, triggered a wave of murderous attacks on Hindus, progressive Muslims and Communists. They were finally defeated by the security forces of Bharat in ‘Operation Polo’ initiated by Home minister Sardar Valabhai Patel in September 1948, but not before they had raped and murdered tens of thousands of innocent civilians.

Today, the Razakar ideology lives on in the form of the political party AIMIM (All India Majlis-e-Ittehadul Muslimeen) which was led by Qasim Razvi from 1944 to 1957, and is today led by MP Asauddin Owaisi and his MLA brother Akbaruddin Owaisi.  Owaisis have close relations with the Nizam’s family, and their rabid hate-mongering towards Hindus is evident from speeches like this where Akbaruddin had abused Sri Rama and threatened to wipe out Hindus from Bharat if police were removed for 15 minutes.

From  the above, it is evident that the Nizam’s family is not likely to trust a Hindu with the job of ensuring their personal security – hence the father of the boy who murdered Kuldeep Thakur is in all likelihood a Muslim. And a Muslim who likely nurses the Islamo-supremacist beliefs of the Razakars. Hence it is not surprising that the values he passed on to his children glorified violence, and quite possibly made them think of a kaffir’s (non-Muslim) life as less important.

Who will debate the greater propensity for violence in Muslims?

To deal with crime, it is important to understand the socio-economic factors which drive people to crime. A lot of our left-leaning intellectuals have churned out reams of studies on what drives some living in under-developed areas to join Naxalite terrorists. Males in the north of Bharat are considered more aggressive, and social scientists have linked this to the higher occurrence of crimes against women, road rage etc in this region. Terror apologists have even  linked Gujarat 2002 riots to the rise of terror organizations like Indian Mujahideen.

But one topic everyone is silent on is the greater propensity for violence in the Muslim community – especially in localities, villages, towns, regions where they have substantial numbers. Often, juveniles are found to be at the front of violent Muslim protests. From Azad Maidan in Mumbai, to Kashmir, UP, Bihar, Karnataka, West Bengal – we find juveniles involved in acts of pelting stones and clashing with police. Why is no one debating the socio-cultural environment of their upbringing which encourages such behavior? Who is responsible for it? Is it just the individual families, or the local maulvi, or leading Islamic seminaries like Deoband, or the Urdu press who constantly nurse a sense of victim-hood in Muslims, or young educated Muslim role models like Akbaruddin Owaisi who advises Muslim youth, “take law into your own hands, and later come to me – I will protect you.”

Has political correctness in our country reached a stage where it effectively hampers police investigations as police are afraid to ‘communalize’ crimes? Sadly, families like the Thakurs and Narangs know that media, politicians and ‘civil’ society will not shed tears for them the way that these groups empathized with the Akhlaqs. But does the larger Hindu society care?